The agency is implementing new logistical networks and modes of distribution to ensure equitable access to vaccines.
Adam Patterson 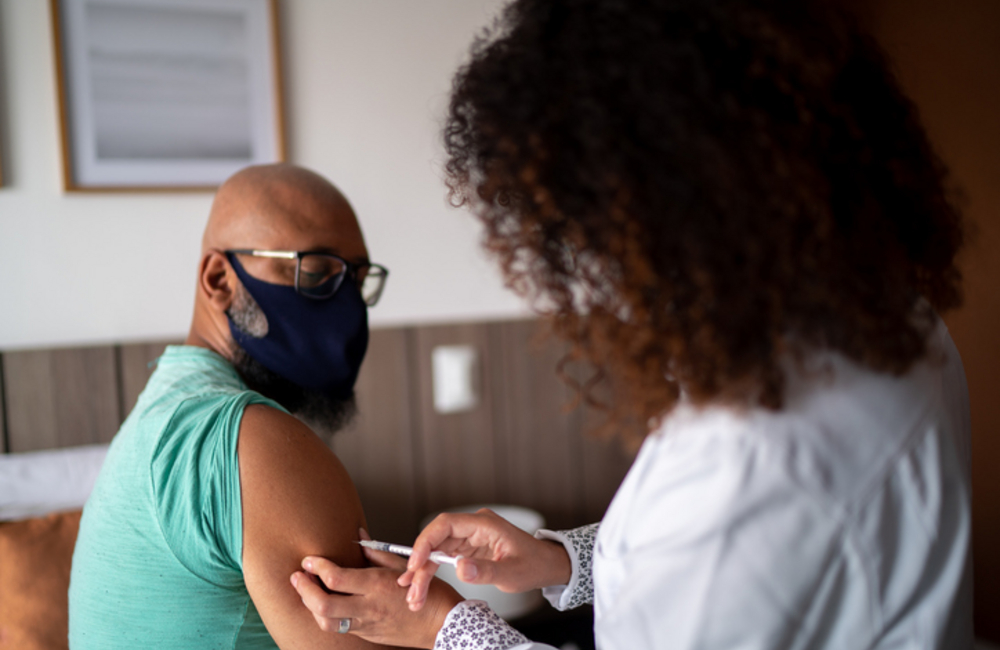 The Department of Veterans Affairs is designing and testing out distribution networks for its vaccination efforts, especially as the agency faces expanding its vaccine eligibility to millions more of Americans.

Much of this rests on what the VA refers to as mobile missions, or campaigns to deliver vaccines to areas that might not have the pre-built local infrastructure necessary to manage the storage and delivery of the COVID-19 vaccine.

“Our mobile units … have completed 317 missions to date," VA Secretary Denis McDonough told reporters at a March 26 press briefing at Arlington National Cemetery. "We have planned 31 additional missions between now and May 1. We’ve provided 886,531 vaccines before that period, and we anticipated another 50,420 between now and May. These are all deployed to hard-to-reach areas, overwhelmingly but not solely rural and highly rural areas."

This rapid deployment of a mobile distribution system aligns with VA’s continuing focus on improving the delivery of services to underserved areas, a process that has encompassed considerable investment in telehealth expansion and remote health services over the course of the pandemic.

Much of this process has required ongoing development of new capacities and a certain degree of improvisation on VA’s part, especially since the federal government did not have the preexisting infrastructure to deliver nationwide vaccination on such an abridged timeframe.

The recently signed "Strengthening and Amplifying Vaccination Efforts to Locally Immunize All Veterans and Every Spouse Act," or the SAVE LIVES Act, enables VA to offer the vaccine to all veterans and beneficiaries, regardless of health care enrollment status. However, this capability "will require a significant increase in our allocation of vaccine supply," McDonough said in a press release.

These demands have also included VA providing additional inoculation to federal workers as a whole, an extension of its Fourth Mission to become the nationwide medical system of record during a public health crisis.

“We’ve also vaccinated 33,044 other federal workers, who are almost overwhelmingly [Department of Homeland Security] personnel and frontline workers who don’t have a telework option,” McDonough said.

The endpoint of this process will be the opening of vaccine appointments to all veterans nationwide, with McDonough noting that “people can anticipate getting a clean shot for scheduling … to happen by May 1.”

To accommodate the delivery of vaccines to all veterans, and not just the most at-risk groups, VA will continue to test and expand its mobile distribution services and public health tracking, the latter of which will involve close collaboration between VA and the Centers for Disease Control and Prevention to expedite the process.

“We’re building a separate reporting platform that will allow someone to come in and be recorded straight to the CDC,” McDonough said.