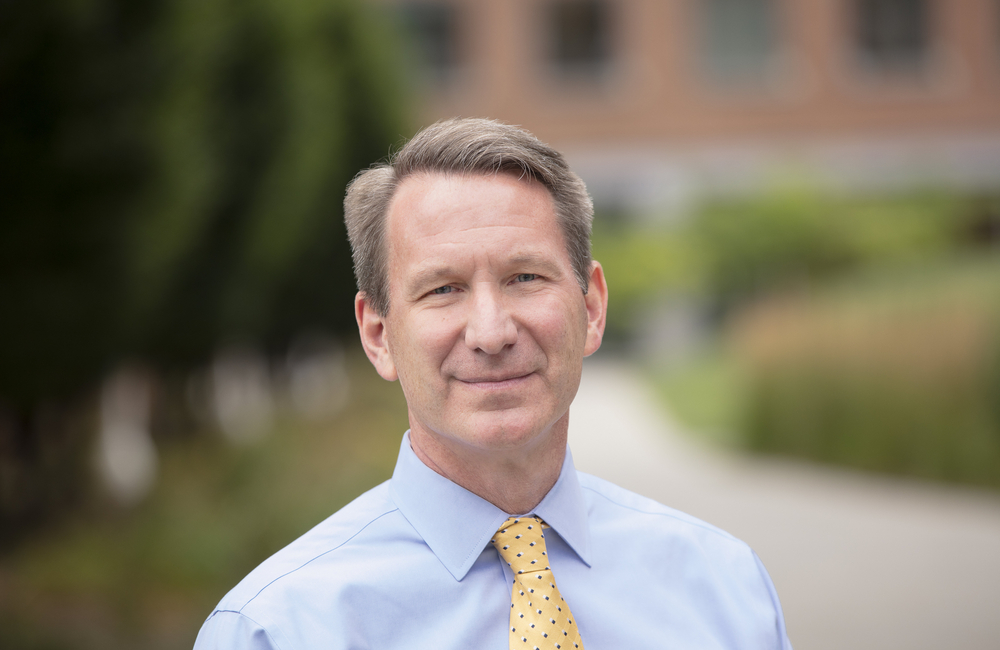 National Cancer Institute Director Dr. Ned Sharpless said Monday that he will step down from his position April 29.

“Working at the National Cancer Institute has been the highlight of my career, and I am honored to have had the chance to serve my country in this role, alongside so many talented scientists and administrators,” Sharpless said in a statement. “I leave this job knowing that the talent and passion present at NCI, across the Biden-Harris Administration and throughout the cancer research community will continue to fuel tremendous progress for people with cancer in the years ahead.”

While Sharpless was NCI director, he took a brief stint serving as acting commissioner at the Food and Drug Administration (FDA) in 2019. He returned to direct NCI after seven months at the FDA.

Sharpless led NCI through numerous strides, such as the Childhood Cancer Data Initiative and other data science-driven programs. He has also advocated for health equity, diversity and inclusion. In 2020, he oversaw the formation of NCI’s Equity and Inclusion Program. During the COVID-19 pandemic, Sharpless has also pushed for maintaining cancer screenings, diagnostics and treatment in a safe manner,

“Dr. Sharpless’ ability to manage complex problems has been invaluable to several NIH initiatives, including the agency’s response to the COVID-19 pandemic and improving equity and inclusion, and in his role as chair of the NIH Clinical Center Governing Board,” Acting NIH Director Dr. Lawrence A. Tabak said in a statement. “Dr. Sharpless’ absence will surely be felt by his colleagues at NCI and beyond.”

Sharpless entered NCI after then Vice President Joe Biden launched the Cancer Moonshot program in 2016 to accelerate the rate of progress against cancer. Since Biden's election to president, Sharpless has worked with Biden and First Lady Jill Biden to reignite Cancer Moonshot earlier this year.

“During my time in the federal government, I have been inspired by the ways that researchers, caregivers, advocates, and survivors have broken down silos to collaborate and embrace new ways of working together to solve some of the toughest problems in cancer,” Sharpless said. “President Biden’s continued commitment to the Cancer Moonshot will foster even greater progress. The community stands ready to meet the President’s call to end cancer as we know it.”

White house Cancer Moonshot Coordinator Danielle Carnival added that the president’s goal of “ending cancer as we know it” will be built upon the scientific discovery and research that Sharpless has led at NCI.

“We have an audacious but achievable goal to reduce the cancer death rate by at least half in 25 years and to improve the experience of all whose lives are impacted by cancer — working across government to develop and deploy additional ways to prevent, detect and treat cancer — and Dr. Sharpless contributed greatly to that vision,” Carnival said.

Sharpless also served as director as NCI commemorated the 50th anniversary of the National Cancer Act, which gave NCI the authority and funding to wage the war on cancer.

Prior to Sharpless’ appointment, he was the director of the University of North Carolina’s Linebarger Comprehensive cancer center. He joined UNC School of Medicine in the medicine and genetics departments in 2002 and later became a Wellcome Professor of Cancer Research at UNC in 2012.

Sharpless has authored more than 160 original scientific papers, reviews and book chapters, and he has invented more than 10 patents. He also cofounded the clinical-stage biotechnology companies G1 Therapeutics and Sapere Bio.

Lowy previously seved in the role in an acting capacity from April 2015 to October 2017. He was also acting director in 2019 while Sharpless served as acting commissioner of the FDA.