Emerging Tech Shapes the Next Generation of Military Health Care

Automation and AI can support medical decision-making on the battlefield, but security remains crucial.
Kate Macri 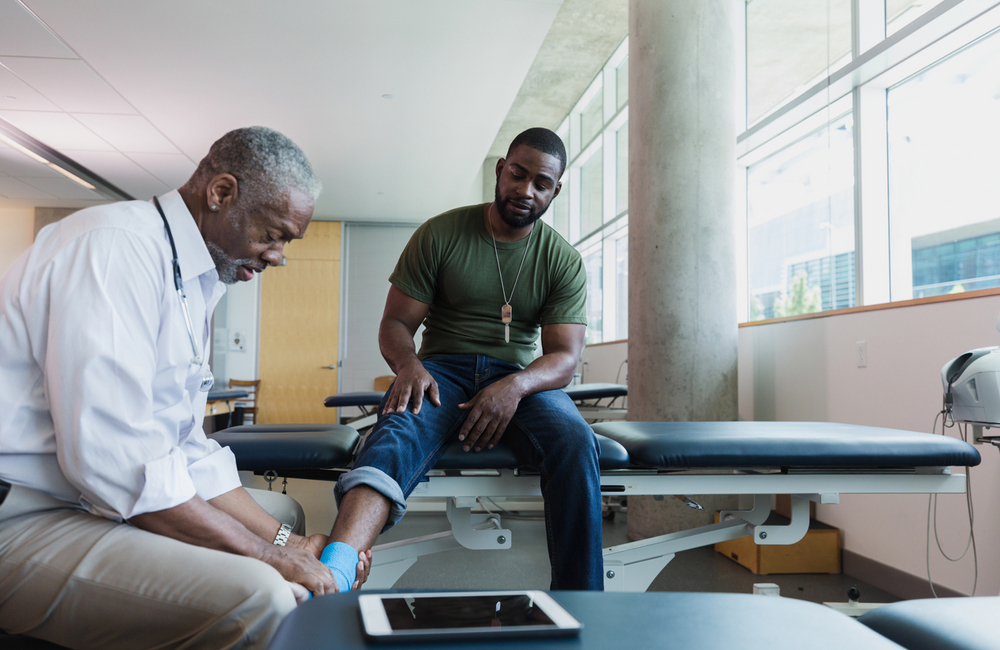 Emerging technologies and better data collection can improve medical care delivery on the battlefield and at home, according to panelists at GovernmentCIO Media & Research’s Military Health Summit last week.

The Defense Department has been undergoing transitioning its paper health records to its new electronic health record system, MHS GENESIS. The agency expects to fully implement the new common record by 2024.

"We're especially aware on the clinician side that having a dated, homebrewed platform has [challenges]," said Lt. Col. Luigi Rao, MHS Genesis Liaison Officer at the Army. "The move to a modern commercial platform ... really brings to bear all the advantages inherent with having that civilian sector market industry leaving platform. The advantages of that — being able to exchange data with [health information exchanges]."

“If you ask any clinician, migration to EHR even on the commercial side was met with a lot of trepidation mostly because it could take time away from the patients,” said Drew Koerner, medical CTO at ServiceNow. “It's a portability, security thing. If you're taking time away from that veteran, whether they're in an austere setting or at home, that's a negative. We have to make this as easy as possible for clinicians to get in and out.”

Something like dictation software could help doctors and clinicians transfer medical data more easily to an EHR system. The key is “automating the input process so we can reduce the number of clicks,” Koerner said.

From the interface perspective, the last thing a clinician wants to do is have five clicks [to get data],” Koerner added.

Cmdr. Jean-Paul Chretien, a program manager in the Biological Technology Office at DARPA, said DARPA’s “guiding paradigm” is improving care for the warfighter as evolving conflicts complicate medical care delivery in austere settings, like the battlefield.

“We need to bring hospital-level care to the point of injury or find fundamentally new ways of treating patients [with technology],” Chretien said. “In military operational scenarios and civilian trauma settings too, it's common for patients to arrive at the hospital or emergency department with very little documentation about what their injuries were, the initial assessments, what treatments they were given, how their condition evolved along the way. That puts the care team in a difficult situation. To help them make optimal decisions, we need to have records of all this. The provider who may have to record that information may be under tremendous stress, under fire, caring for multiple patients. Whatever system is responsible for capturing that information, it has to be simple and have minimal or no input from those whose sole focus should be caring for the patient.”

“Capture of video, audio and AI to detect injury patterns and document what those are, and continue to monitor the patient through video or audio,” Chretien said. “That also sets up a foundation for decision support. If you have automated ways of capturing information, the next steps are recommendations for the care team. The next step after that would be automation. In addition to recommendations, connected to a system that is semi or fully autonomous to give the care that’s needed.”

The recent surge in medical device use comes with its own risks and benefits for DOD.

“We’re connecting devices we've never connected before,” Rao said. “With more and more episodes of ransomware — there's growing understanding and appreciation of the need to protect not just the patient's data, but also safeguard it from malicious attacks, whether ransomware or other nefarious purposes. Other state actors are highly interested in high ranking personnel and patients we've seen.”

But ransomware and other cyber attacks aren’t the only risks associated with increased technology and medical device use.

“With medical techs and medical IT, we have the additional concerns about safety and especially with automated systems, how do we balance that against a clinician's judgment?” Chretien said. “A number of studies say clinicians are not always ready to give up their autonomy, especially to a black box of an algorithm they don't understand. I think this will become increasingly important as we move to automated systems.”