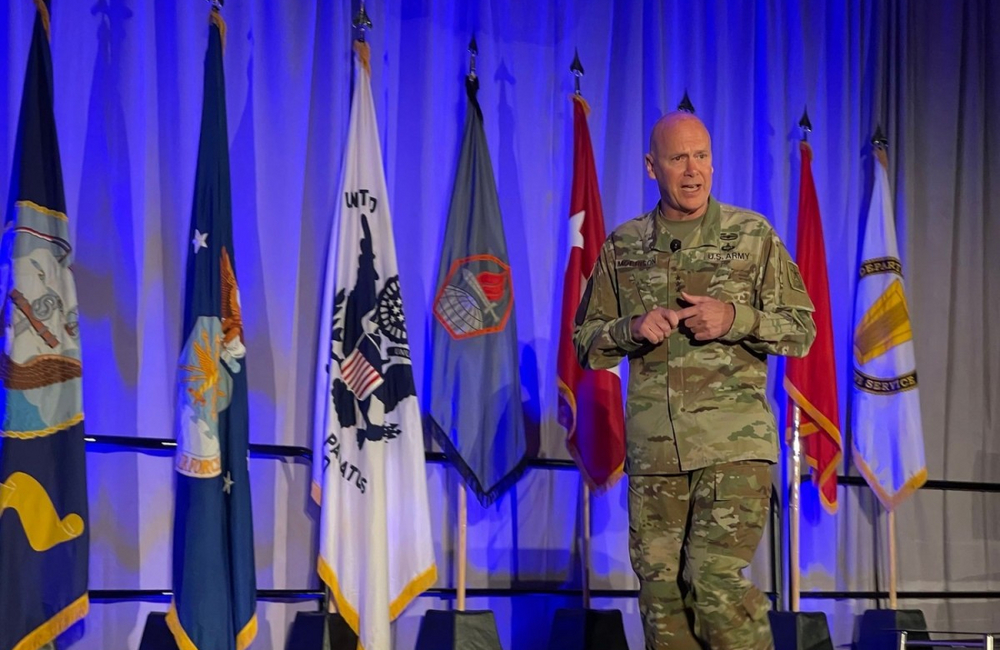 The Army is preparing to roll out its Bring Your Own Device program to about 20,000 soldiers and civilian employees. It's the next step in the service's initiative as part of larger Defense Department effort to allow service members and civilians to work on their phones and home computers.

Lt. Gen. John Morrison, the Army's deputy chief of staff, G-6, spoke about the program during an CyberCast interview at the Association U.S. Army Annual Meeting & Exposition. He explained the primary focus for Army officials is on analyzing user experience and security.

The Army has been testing technologies for the BYOD program for over a year, allowing the service to build a foundation for the program's strategy and carry the successes of the initial rollout into the next stage. The program had an immediate operational impact, specifically with its National Guard partners. It also proved to have sufficient security, Army officials said.

"The ability to support operations, that usability from a user perspective, a capability that they like to use, and then having that security wrapper around it - all three of those we have rolled over into this next instantiation of the pilot, which is far broader than what we did the first time," Morrison said.

Throughout multiple testing stages of the program, cybersecurity remained the primary component and key element for the Army.

"We really have sort of inside our Army flipped the paradigm of how we look at the problems. Instead of cybersecurity being something we bolt on at the end, that's really not a good way to approach it. We bake it in on the front end," Morrison said during the CyberCast interiew.

"With bring your own device, that's exactly what we've done. And the technical instantiation is, while there's an application that resides on your phone, none of the data does. It's still all resident in the cloud with the appropriate defensive cyber watch over the top of it."

Meanwhile, the Army is executing a Google Workspace pilot, one of the Army's multiple IT modernization efforts, along with the BYOD program. The part of building out a cloud at the impact level 4 is over and the Army is currently evaluating how this effort fits into its future.

"I do have to emphasize that it is a pilot. It's a fairly robust pilot," Morrison said. "But as of about two weeks ago, all new accessions coming into the Army, we were issuing Google workspace accounts to include email, so that's what they just start on. And then we'll eventually populate most of the training base."