What USDS is Doing to Support Patient, Provider Access to Medicare Claims Data 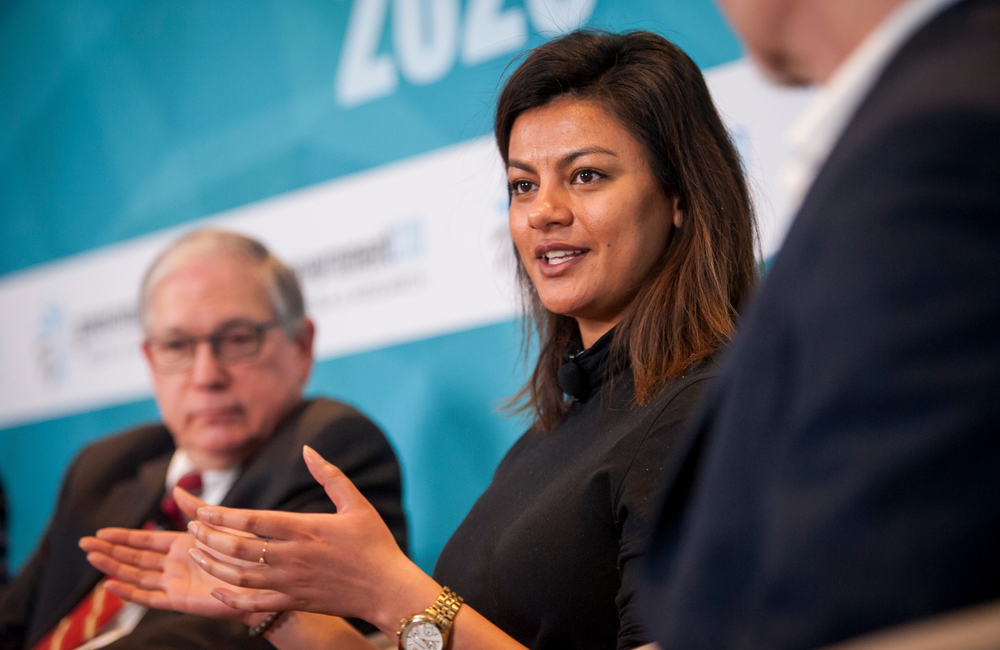 When Healthcare.gov crashed in 2014, the U.S. Digital Service was assembled as a call to action. Since then, the federal tech service has worked across federal agencies as needed to deliver services that are more accessible, cost-effective and user-friendly.

The team is working on three initiatives at the Centers for Medicare and Medicaid Services to improve data sharing and interoperability between providers and to modernize a nearly 50-year-old system.

Two of those initiatives are API-based tools — Blue Button 2.0 and Data at the Point of Care — that will enable interoperability, said Misu Tasnim, USDS executive director at CMS.

Blue Button 2.0 will provide beneficiaries the option of easy access to their health care data via third-party smartphone apps designed to specifically address challenges patients have, such as recalling prescriptions or treatment adherence.

It also ties closely with the slew of health-information interoperability goals set forth by the 21st Century Cures Act and proposed interoperability rules that will support an “app-economy” from the Office of the National Coordinator for Health IT.

“With interoperability, the success criteria is: Can we share the data in a standardized format to the priorities that want the data in a safe and secure manner?” Tasnim said. “We understand that it’s hard for the Medicare population to download and make use of the APIs, so we’re encouraging third-party application developers to develop apps that make it useful for patients to digest their data.”

Following Blue Button, CMS created another API-based tool with USDS called Data at the Point of Care, which allows beneficiaries to easily share their health data between doctors.

“What Data at the Point of Care does is it actually takes that same claims data and integrates with the EMR vendors, so doctors no longer have to have a separate portal to log into,” said Tasnim. “They’re not spending that time waiting for their patients to remember what doctors they saw and if they saw a specialist and what the specialist said.”

Integrating directly into the physician’s workflow, the API tool gives visibility into patients’ claims and profiles, such as how many doctors they saw and what happened during those visits.

“This way, you’re automating it and putting that full picture in the hands of the doctor,” said Tasnim. “That, to us, is how we’re envisioning interoperability happening — getting that back and making an impact on the patient and provider.”

Still, the main roadblock with health care providers seems to be HIPAA and hesitation to share certain data. “A lot of people are scared to share data. We were actually, in those two endeavors, able to identify what the boundaries of HIPAA are, understanding that HIPAA does not say anywhere that you should be blocking this information,” Tasnim said. But it hasn’t reached everyone, she noted.

Meanwhile, interoperability and data-format standards are still being discovered. “There’s a lot of work happening around FHIR standards, so we’ve been trying to align ourselves and not go out and create another standard at CMS, and to just align with what the industry has agreed upon and reached consensus on. That’s a challenge because FHIR standards still don’t have standards defined for every single use case.”

“That’s also what makes this work exciting,” she added, “because it’s so cutting-edge right now, to be able to get the community together, define a standard and then implement technology to share along with that standard.” The ultimate goal is to leverage microservices across health care, she added.

In addition to sharing and getting data to the right people, CMS is working toward modernizing outdated systems, in general.

“Because of the underlying systems where this data is coming into and being shared, we’re looking at maybe a two- to four-week lag in that data, and nobody in the ecosystem is really incentivized to move data any faster,” she said, highlighting a lack of reimbursement incentives.

The aim of products like Data at the Point of Care is to get data out faster, thereby increasing accuracy rates in diagnoses and quality metrics. This will further promote CMS's goal toward value-based care, resulting in fewer readmissions, fewer infections, and fewer misdiagnoses, she said.

“The lag is not that no one is doing their job; the lag is because these systems are just designed to do a batched job at 9 p.m. tonight, then pass it on to the next machine — which is a physical machine that processes it at night — so on and so forth,” she explained.

The Medicare Payment System Modernization initiative is an ongoing effort between USDS and CMS to upgrade a 50-year-old legacy system that powers the health insurance of millions of Americans. For this, the team is working to migrate that entire system to a cloud-based environment that is more robust, secure and scalable.

But changing these systems will be a slow, iterative process, taking around three to five years to complete these initiatives, Tasnim noted.

“It is hard for the government to keep up because when you invest hundreds of millions of dollars into these systems, you can’t change them that quickly,” she said. “So what we’re introducing is incremental ways of developing something, but it’s not just modernizing the tech stack — we’re also starting to influence how you modernize that [through collaboration].”