Veterans Have Employment Resources at Department of Labor, Too Skip to main content

The agency's VETS program has focused on applying new IT capacities and partnership with other agencies to provide additional resources for veterans.
Adam Patterson 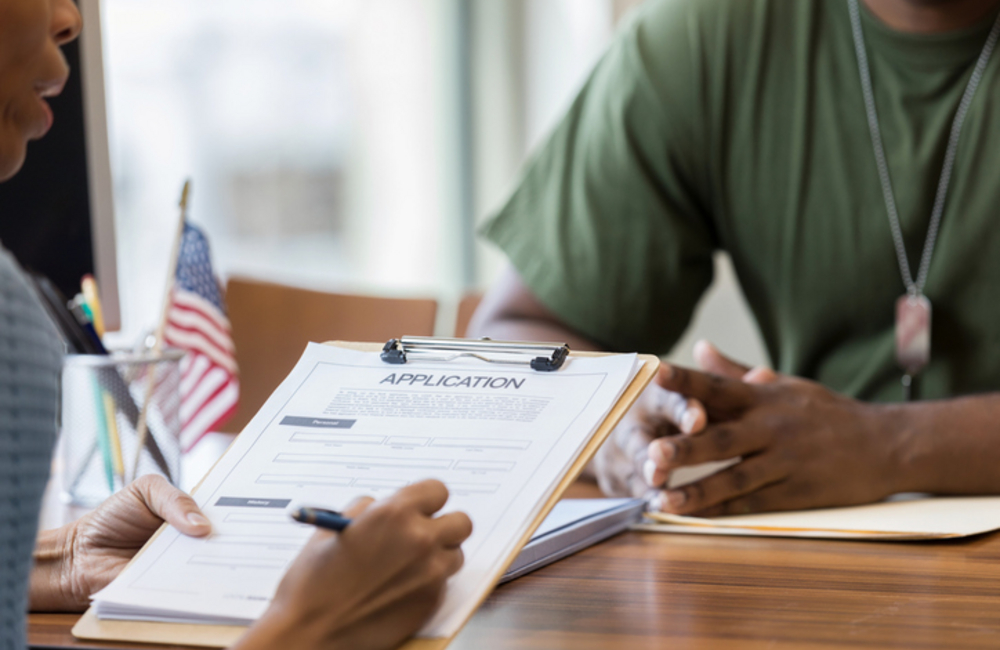 The Department of Veterans Affairs notably is the agency that provides a host of support, benefits and services for the nation's veterans. But veterans can also find additional support by way of the Department of Labor through its Veteran Employment and Training Services (VETS) program, which has recently introduced new services and partnerships with other federal agencies.

One of the main priorities in federal support for veterans is post-service reintegration, and a large part of that includes employment support that stems back to the office's founding motivation after the Vietnam War, VETS Acting Assistant Secretary James Rodriguez told GovernmentCIO Media & Research.

The VETS program was founded in 1974 under the direction of the agency's Employment and Training Administration until becoming its own independent department in 1980.

The program has grown considerably since, with VETS currently serving hundreds of thousands of veterans annually.

“In fiscal year 2020, for example, over 2,800 DOL and DOL-funded employees served over 370,000 veterans and military spouses across all of its programs, across both the entire country and overseas military installations,” Rodriguez said.

As has been seen across much of the federal government over the past decade, DOL has engaged in broader IT modernization programs designed to better deliver on its core mission and more effectively deliver services to the American public. This has included allocations within the DOL’s 2017 IT Modernization Strategic Plan designed to incorporate these within VETS, including adoption of cloud computing capacities that allow veterans greater management over their own job searches.

“Within our veterans case management system that we have utilized as a part of the overall modernization plan, we're transitioning our legacy systems to add more of a robust cloud-based system that facilitates a front-facing public user interface that allows case files to be initiated and assessed by the claimant. It allows us to also speed up the entire process through various improvements for both the investigators and claimants, who now have real-time access to many aspects of the respective claim status,” Rodriguez said.

As an ongoing effort, DOL is increasing its partnerships with organizations both within the federal government and beyond with the goal of facilitating hiring and opportunities for veterans to receive career guidance and skills training. This has included new analytic work designed to best evaluate potentially untapped sectors and job markets to allow veterans to transition into in-demand occupations.

“Right now we're working with Health and Human Services to try to figure out ways to use a national database of new hires that allows us to look at data that paints a picture of where our veterans are working and what types of industries they're in so we can take that data, analyze it, and then find more opportunities for veterans in other industries that maybe they are not in yet, but we know they can benefit by using their skill sets as a transition to those new jobs,” Rodriguez said.

This has included partnerships with agencies like the Department of Agriculture to provide resources and assistance for veterans who might have limited internet connectivity or access to technology.

“Just like with the VA, we're forming partnerships with USDA's Rural Development Agency, for example. And through these programs you offer loans, grants and loan guarantees to help create jobs and support economic development and essential services such as common infrastructure that is required to build out a lot of these resources,” Rodriguez said.

The outcome of these investments has been a foundation for further expanding DOL’s veteran assistance programs. These have continued even through the pandemic with programs like VETS’ newly launched apprenticeship pilot, which launched at eight installations and was able to continue in large part due to the creation of virtual platforms.

“The pilot was initially designed to provide transitioning servicemembers and their spouses opportunities to be hired and apprenticeship positions, and we were able to continue to provide that training through a virtual platform. Our placement counselors leverage our networks of prospective employers, industry associations and stakeholders to connect pilot participants to opportunities across the country. We continue to maintain a virtual capacity to assist servicemembers and spouses still active in the program. As of July 16, 2021, 138 transition service members and spouses have been placed into apprenticeship programs,” Rodriguez said.