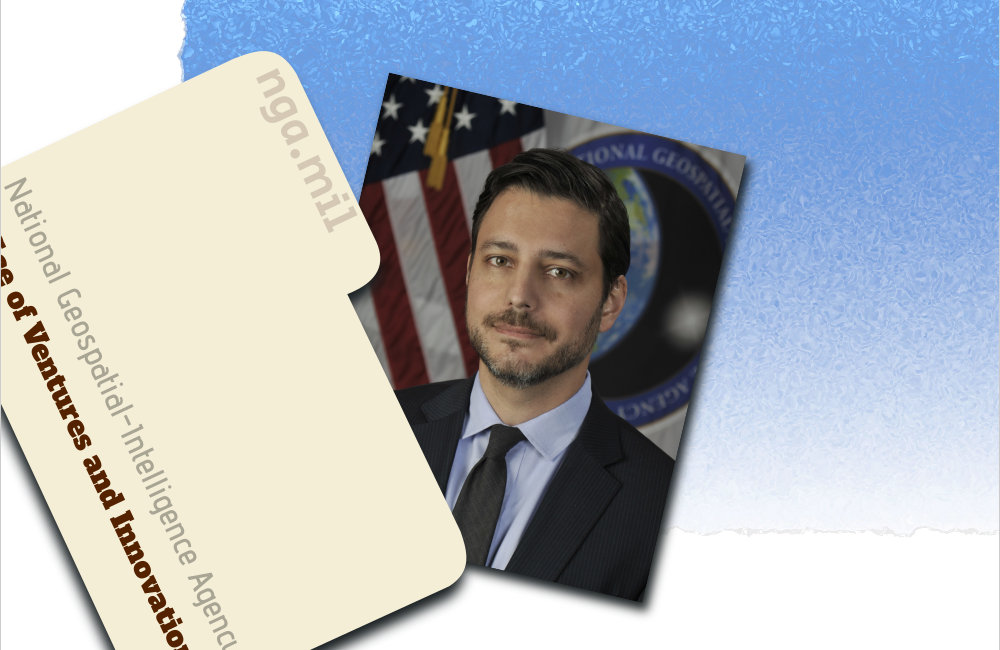 The National Geospatial-Intelligence Agency’s new Office of Ventures and Innovation is slated for an early September formal kickoff currently being stood up by “a guy who wears jeans to the office.”

That’s how NGA Director of Plans and Programs Anthony Vinci described himself anyway, while highlighting the agency leadership's support for the new office and willingness to bring him in to help. Vinci came from the commercial sector with a “fresh-eyes approach” to thinking about how government can innovate faster while creating a culture and organizational process to continuously improve.

“A big part of that is technology and bringing in new technology,” Vinci told GovernmentCIO Magazine.

Doing this goes beyond internal organizational structures to finding new ways of working with external partners, the commercial industry and the rest of government. With that in mind, Vinci started by combining some of NGA’s entities focused on internal innovation activities, including the Enterprise Innovation Office, acquisition professionals in its Component Acquisition Executive office, some commercial outreach offices and those working on relationships with commercial and academia. He challenged them with figuring out how to continuously improve and innovate in the agency, across the spectrum of technology, people and processes, while considering internal and external changes.

So, Vinci plans to structure the office around a cycle: incubating, adopting, creating a standard operating procedure or program, and decommissioning. The incubation phase will examine and test new technologies, processes or training methods, and adoption will get them implemented throughout the agency. Creating a standard program will make these new technologies and procedures the norm, and the office will decommission or remove old processes (while keeping in mind its current customers’ needs).

But first things first: Vinci said the team’s No. 1 priority is simply standing up the office.

“We are implementing something new with this office; it’s a different way of doing change management and doing innovation in the government,” he said.

The office will need to keep up with the fast pace of technology, which means changing acquisition and technology roles and putting the mission first as to not innovate for innovation’s sake.

“So, just standing that up, creating that culture in itself is difficult,” Vinci said.

Then, as the office evolves, Vinci doesn’t want it to just adapt to the changing world of disruptive technologies, but become a disruptor.

“The entire industry of geospatial systems and technologies is disrupting before our eyes,” he said. The commercial space is a major disruptor, especially with the expansion of GPS-enabled devices and the internet of things.

The office will have to truly understand the full potential of technology, and then more importantly, find mission uses of it, even in the near term. That’s where the commercial sector and government differ; “we have a mission that we have to complete every day,” Vinci said. Industry can wait years to profit from disruptive technology, but NGA can’t.

“It always has to be utilitarian upfront,” he said. The challenge is striking that balance, finding a strategy of accessing those new technologies in a structured process and incorporating them into near- and long-term missions.

It’s planning for that future disruption that is the challenge.

“What a disruption does is completely changes the entire system that that technology comes into,” Vinci said.

He used Waze as an example, because 20 years prior to this community-based traffic and navigation application, it was predicted that helicopters and video cameras were the future of traffic monitoring. However, Waze today gathers data from GPS devices on phones in real time, for free.

“That’s what a truly disruptive type of technology looks like,” Vinci added. “It actually changes everything about the problem you’re trying to solve, where the old solution doesn’t even make sense anymore. To bring that into an agency can be, by its very nature, unpredictable.”

The ventures office intends to accept those disruptions as they come in, and leverage them quickly. The incubation and adoption cycle will serve as a pathway, so the office will be prepared to test, evaluate and ensure the technology meets security needs before incorporating it into the agency’s mission. These new technologies will allow NGA to continuously improve capabilities.

“It’s our duty that we have to our customers, to everyone from the president down to an infantry soldier on the ground,” Vinci said.

This ranges from automating processes so NGA can benefit from the increase of data and IoT devices, to providing machine learning capabilities to augment what NGA analysts can produce. The office will also make sure incoming capabilities work with current processes, that staff is continuously trained for new technologies and that the software developers, data scientists and engineers are recruited as needed.

The office was first announced at the GEOINT Symposium in June, and gained strong support from NGA leaders. Vinci said the agency is “very open to taking really what amounts to some risk in trying something new out,” largely because the office is so mission-focused and has been receptive to what people in the agency need, and will continue to learn and evolve.

For other agencies looking to make change in government, Vinci said putting the mission need first agencywide is crucial.

“That’s where I would always start is, what is our mission and why do we need to improve our ability to do that mission?" he said.