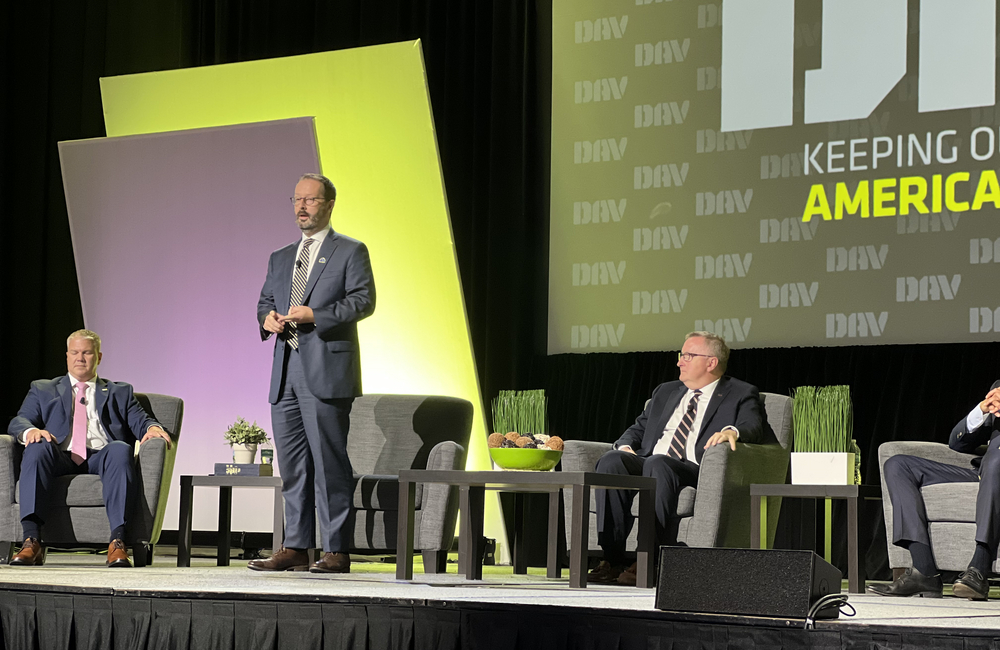 The recently passed Promise to Address Comprehensive Toxics (PACT) Act came with much praise in the veteran and federal community for its expansion of medical coverage to former military service members exposed to toxins during their service. But now the work begins in executing these payments amid the Department of Veterans Affairs' existing claims backlog.

The legislation is the most significant expansion of benefits and services for toxin-exposed veterans in more than 30 years. With the expansion, the Veterans Benefits Administration (VBA) expects to see a large influx of claims from an anticipated 3.5 million eligible veterans.

The agency's claims management process, like other federal agencies, became fraught with delays during the COVID-19 pandemic as claims and records facilities shut down and prevented access to critical information needed to get through a growing backlog. VBA is focusing on workload management to balance both new and existing claims to optimize the speed at which the veteran can get their care.

“We've been working to scan a lot of those records, so we don't have the same reliance on paper-based systems,” Acting Benefits Undersecretary Josh Jacobs said during Disabled American Veterans (DAV)'s National Convention in Orlando Saturday. “We recently hit a milestone. Our backlog went below 170,000 for the first time in two years, which is a big deal.”

One of President Biden's priorities with VA leadership has been to expand veteran benefits and health coverage for toxic exposures including asthma, rhinitis, sinusitis and nine rare respiratory cancers – all linked to service-related work.

Part of this work included development a new model to drive decision-making for new presumptive, service-connected disabilities. Jacobs noted that this has been a challenge over many years, but the agency is trying to lower the threshold by which VA has to establish evidence necessary to make that connection.

A new VA-developed model for this process is currently being evaluated at the Office of Science, Science and Technology Policy (OSTP) within the White House.  The PACT Act requires that this new approached be reviewed and validated by the National Academies of Sciences, Engineering, and Medicine (NASEM). Once Biden signs the bill, which is expected Wednesday, VA will have to work with the organization to evaluate whether the model is sufficient.

To prepare for new claims that will be coming in following the signing of the PACT Act, Jacobs explained that VBA is updating and streamlining internal services to close gaps and reduce claims backlogs.

“VA is 400,000-plus people. It's a big ship to turn. It takes a lot. We've been working very intentionally to close the gaps and break down the silos so that we understand, as we project the number of claims and the types of claims we're going to get, what that means for VHA, and working to try to get that as granular as possible, so we can plan for and resource appropriately the medical centers that are going to realize an increased utilization,” Jacobs said.

“We will likely see challenges with timeliness because of just the sheer size of the volume. What we're going to do is work to prioritize the claims that are most timely,” Jacobs said. “I think it's probably going to take several years for us to try to get back to normal once we expect all these claims coming in.”

The agency is also looking to optimize processes, focusing on unnecessary evidence gathering and ways to cut down the amount of time that it takes for the evidence cycle, as well as integrating automation to improve technology and data use to drive a more efficient process that delivers benefits to the veteran more quickly.

“This is a very big bill, with a lot of different parts to it. As written, [it] includes different implementation times,” Jacobs said. "It's going to be incumbent upon all of us as we move forward to be very diligent and very disciplined about pushing out a proactive message, finding veterans and family members where they are, and making sure that they know we want them to apply for benefits. We want them to come in for health care and let them know how to do it.”