The technology could be beneficial toward improved and advanced patient care.
Adam Patterson 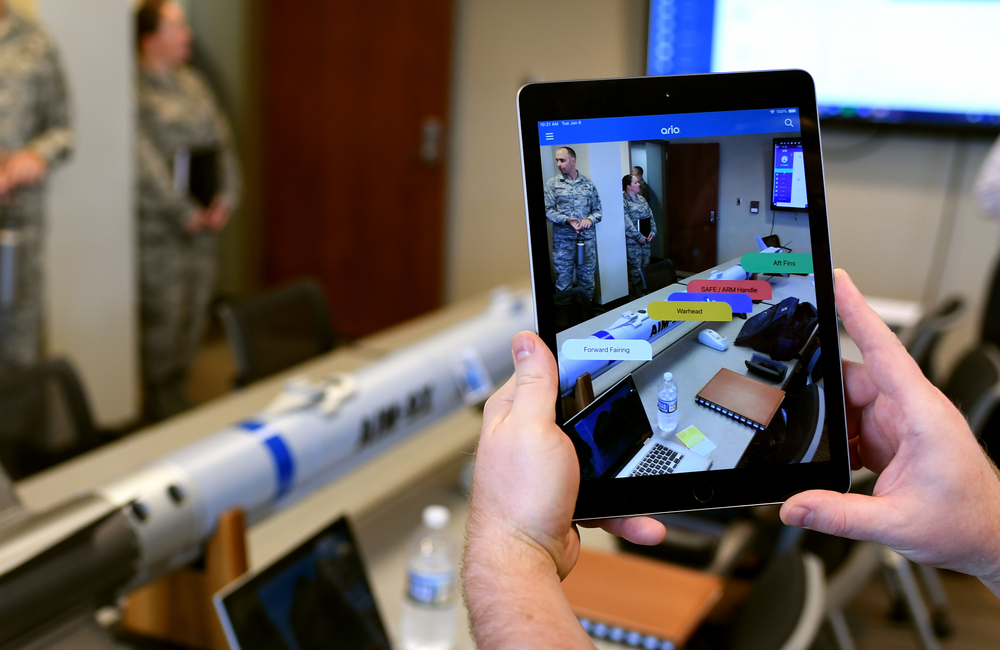 The Air Force is exploring how Airmen could use augmented reality to enhance their capabilities such as training in the field. Photo Credit: U.S. Air Force

With ongoing advances in mobile technology, the Department of Veterans Affairs is looking into implementing new uses of augmented reality across the agency.

5G connectivity will bring on speeds that will allow for new developments in delivering health care and training for it through the use of technologies like augmented reality, Wine said. The development of augmented reality has been a collaborative mission across the federal government, with both defense-adjacent organizations and the armed forces playing an especially prominent role in devising new uses for mobile tech.

Elsewhere, the Air Force is in the midst of mass installing 5G across Air Force bases, noted Air Force CTO Frank Konieczny. He described the ways in which new developments in mobile tech are refining the service branch's essential IT capacities.

"We're doing this as a mission-level exercise," Konieczny said at the event.

Koniezcny connected this development with the essential purpose of the Air Force — maintaining the operational readiness of America’s warplanes. 5G tech has been especially useful for recording detailed information on the technical functionality (or the lack thereof) of warplanes and transmitting this information between field techs and engineers, he said.

From warfighting to medical care, the 5G-backed innovations currently underway at VA have telemedicine capabilities, Wine noted. VA has been especially interested in using 5G to bolster augmented-reality tech, with the agency testing augmented reality intended to assist field medicine and triage, he said. This sort of 5G-backed technical advance could prove essential for bolstering the outcomes of sensitive procedures performed in the field.

Wine outlined one successful test case involving a complex surgery in which the specialist was in North Carolina, and the physician was in the Middle East. Augmented reality stands poised to allow a level of remote information sharing and technical assistance that would have previously been impossible, he said.

These advances in VA health care have been assisted by private-public partnerships, particularly an ongoing relationship with Underwriters Labs, Wine said. The VA has been vigilant in testing and verifying the safety of new telehealth and augmented-reality capacities, with this collaboration essential for gauging, “which devices are trusted in our complex networks,” he said. Considering the newfound technical complexity and sophistication of 5G-enabled systems, ensuring the security integrity of the entire network is of paramount importance, he added.

5G-backed technology has shown promise in aiding psychiatric recovery as well. VA technicians and therapists have been testing the uses of the technology for assisting in post post-traumatic stress disorder treatment, particularly in helping veterans address the foundations of service-acquired trauma. Augmented reality could be used to allow veterans to revisit these memories under a safe and controlled therapeutic context.

“Vets are immersed in a simulation of the situation that first caused trauma,” Wine said, adding that the technical sophistication of 5G-enabled augmented reality is especially well suited for refining the more sensitive areas of VA health care — whether involving complex surgical procedures or trauma recovery.

Beyond these applications at the VA, 5G has the potential to yield considerable innovation in the areas of precision telesurgery, holographic-enhanced surgical imagery and on-demand medical 3D printing, Wine said.

There is great potential for 5G technology to transform both VA and general American health care.

“5G will ignite an era of explosive innovation in the ways health care can deliver,” Wine said.