USDS Continues IT Transformation at VA Skip to main content

USDS Continues IT Transformation at VA 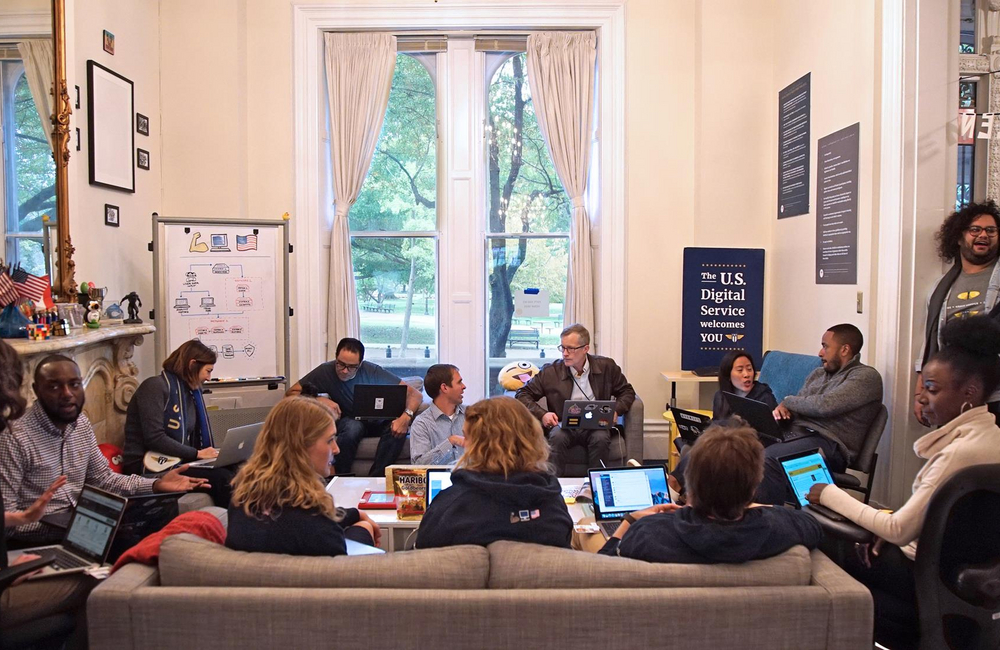 Forged in the aftermath of the problematic October 2013 HealthCare.gov launch and modeled after the United Kingdom’s Government Digital Service, the U.S. Digital Service has one mission: “Deliver better government services to the American people through technology and design.”

It was this mission plus a patient-focused strategy that brought the USDS Veterans Affairs team behind the successful relaunch of VA.gov in late 2018, according to VA CTO Charles Worthington, who touched on his effort in standing up USDS while kicking off GovCast's second season.

In a slightly different take on the organization’s mission, USDS Deputy Administrator Eddie Hartwig told GovernmentCIO Media & Research last year its mission is “to do the most good for the most people in the most need.”

Either way, the goal of helping the public through IT and design innovation and implementation is clear.

Despite the circumstances surrounding its inception, USDS flourished in the nearly five years since then-President Barack Obama founded it in August 2014 within the Executive Office of the President.

What had been a planned 10-person startup has transformed into a team of 200-plus people working across six agencies, including the departments of Homeland Security, Veterans Affairs, Defense, Education and HHS, and the Small Business Administration, to improve the delivery of government services. That transformation alone indicates part of USDS’ impact.

Executive Director Marcy Jacobs, a former Digital Service Expert at USDS who leads the embedded VA Digital Service team, sat down with GovernmentCIO Media & Research’s GovCast podcast to discuss her background and work at the VA, including on Vets.gov.

The VA Digital Service team also worked to consolidate Vets.gov into the more heavily trafficked VA.gov website, an effort that launched on Veterans Day in November 2018.

Since then, health care applications on the website increased 51 percent compared to the same period last year.

Jacobs emphasized her team’s focus on veteran-testing and feedback and user-centered design and how that focus has shaped the VA Digital Service team’s successes.

“I think a lot of it is about our process, and our process is listening and working with the actual people who are engaging with those services,” Jacobs said.

Despite the breadth of its projects, USDS as a whole operates on a relatively small budget. Of the $30 million Information and Technology Oversight and Reform Fund (ITOR) appropriation for the 2016 fiscal year, USDS received $14 million for its operations, according to its December 2016 Report to Congress. Though the ITOR appropriation can fluctuate by a few million from year to year, the USDS’ focused approach on doing the most good has delivered tremendous value.

“Over a five-year period, we project our current projects will save $617 million and redirect 1,475 labor years toward higher-value work,” USDS Administrator Matt Cutts wrote in the fall 2017 Report to Congress.

USDS focuses on four objectives to maximize its impact: transforming critical services; rethinking how the government buys digital services; expanding the use of common platforms, services, and tools; and bringing top technical talent into public service. Practically, this means USDS emphasizes user-centered design, responsive software development frameworks like agile, modern procurement practices, interoperability between agencies and attracting the IT talent to perform all of this.

To attract top-tier IT talent from the private sector, USDS emphasizes “a tradition of public service in the technology industry that will support the ongoing improvement of government digital services,” according to its mission webpage. It tapped into the Silicon Valley zeitgeist with a Steve Jobs-starring video to inspire technologists to public service.

In fact, hiring and empowering great people sits at No. 1 on USDS’ list of six values, which also includes finding and telling the truth, optimizing for results rather than optics, going to the work, designing with users rather than for them and creating momentum.

USDS’ ability to bring its talented workforce to bear on IT problems across agencies allows it to partner with agencies like the VA, DHS and HHS on a diverse portfolio of products.

Of its network of teams spread across partner agencies, the USDS team at the VA has been making noise for all of the right reasons: making it easier for veterans to connect with their benefits.