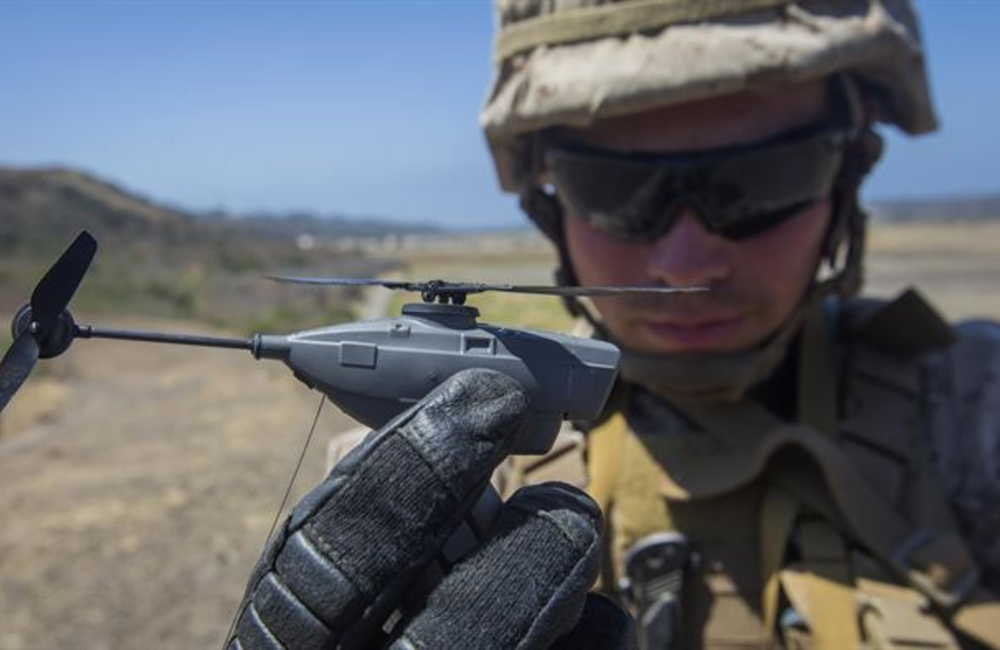 For the military, video surveillance delivered by drones is a blessing and a bit of a curse. The advantages of having eyes in the sky are obvious, whether they’re over broad swaths of land or more focused areas. The widely used MQ-9 Reaper, for example, can fly for 27 hours at 25,000 feet, covering about 1,500 miles, and unarmed drones can stay aloft for even longer. Smaller, man-portable and micro drones can see over the hill, around the corner, or watch over an entire town. They provide a view that commanders otherwise wouldn’t have, and they do it without putting personnel at risk.

The problem with all the video unmanned aerial vehicles collect, however, is somebody has to watch it. In the case of Reaper and its brethren, that adds up to millions of hours of full-motion video the Defense Department has said overwhelms its human analysts, who just can’t binge watch that many hours and still extract actionable information in time.

Last year, the Pentagon launched the Algorithmic Warfare Cross-Functional Team, also known as Project Maven, to cut into the problem, applying machine learning and big data techniques to video analysis. The challenge is to use deep learning and neural networks to create algorithms that can better teach themselves to identify people, objects and activity.

Project Maven is looking at a big, global picture and endless video feeds, but much smaller instances of drone use have problems, too. Trying to glean useful information from steams of video, often of poor quality and taken under difficult circumstances, is just as difficult to analyze. The answer to all those problems might be machine learning.

The Intelligence Advanced Research Projects Activity is looking to improve automated video analysis with its UG2 Prize Challenge, part of an effort to bridge the gap between computational photography and visual understanding, according to IARPA. The research arm, which operates under the Office of the Director of National Intelligence, wants to improve image restoration techniques and enhance algorithm performance through a competition organized by the University of Notre Dame.

“This prize challenge seeks to improve image quality via software techniques, which will allow more actionable intelligence from low quality images, such as those [collected] off of a small fixed wing UAV,” IARPA Program Manager Chris Boehnen said in a statement. “Analysts need these types of tools to sift through the large amounts of imagery they receive on a daily basis.”

For all of the recent improvements in machine learning, it still has difficulty with full-motion video. Even consistently recognizing objects or people in still images requires extensive training of a system for each object it wants to identify. Machines need to learn to better teach themselves to handle video. Being able to automate analysis of millions of frames delivered by small, man-portable UAVs is necessary for current missions.

“Human analysts cannot manually sift through data of this scale for actionable intelligence information,” IARPA said. “Ideally, a computer vision system would be able to identify objects, events, and human identities of interest to analysts, surfacing valuable data out of a massive pool of largely uninteresting or irrelevant images.”

Off-the-shelf tools won’t work in these circumstances, because they don’t account for the unique factors involved in the military’s UAV platforms.

Contestants submitted ways to enhance images for both manual and automatic inspection, working from the UG2 dataset, which contains uncontrolled videos of real-world situations taken from UAVs, gliders and from the ground. Top performers in the competition, which offered a total of $75,000 in prize money, will present their work at the Computer Vision and Pattern Recognition 2018 conference June 18-22 in Salt Lake City.

The challenge focuses on a specific area of machine learning and image recognition, and $75,000 isn’t much money in the scheme of things. But like other technology-focused challenges government agencies have run, the idea is to encourage innovation and move this field of technology forward. Successful technologies that grow out of the program could be used in a variety of areas, such as building surveillance, active traffic monitoring, or the recording of environmental events.