Even Robots Need a Slammin’ Playlist Skip to main content 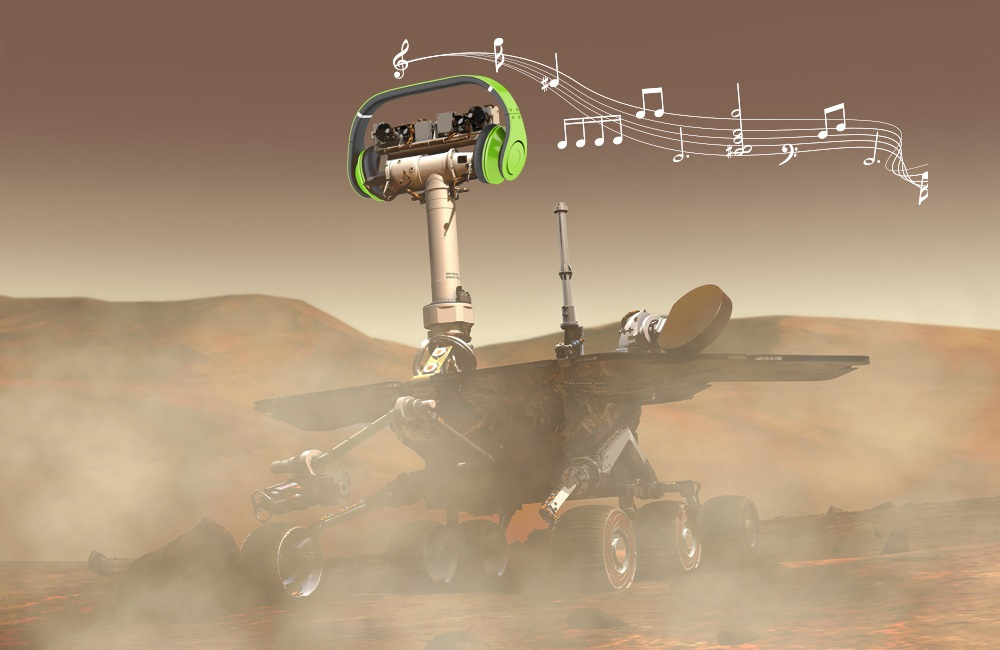 NASA’s Opportunity rover from its Mars Exploration Rover Program lost power during a Martian dust storm earlier this month, and when it wakes up, it has to do so in style. So, the mission staff at NASA’s Jet Propulsion Laboratory is hoping to turn the bot back on by playing Wham!'s "Wake Me Up Before You Go-Go" in the control room. And it’s not just for the rover; Michael Staab, an engineer for the program, said morale has been a bit shaky because it’s the first time Opportunity has stopped talking to the team members, and they expected it to come back online sooner. It’s not the first time NASA has used a musical initiative, either: The mission members celebrated a daily wake-up song when Opportunity landed on Mars in 2004. So, hopefully the jams help! Space.com

Military veterans are often challenged with pairing the skills they gain during service to civilian jobs, and that's partially because many of these skills don’t transfer well on paper. The Veterans Affairs Department’s Vocational Rehabilitation and Employment Program is trying to help vets find the right job, but doesn’t have enough counselors or funding to really fulfill its mission. Enter: SkillMil, a startup company that uses AI to link veterans to civilian jobs that fit their skills. The software uses AI algorithms to translate the array of military job codes into an assessment that civilian employers can get behind. It’s still in testing and bug-fixing stages, but SkillMil already has six companies and more than 2,500 vets waiting to join. Roll Call

Yup, according to new research published in Science Robotics. The study found children in particular are easily peer pressured by robots, by using a social conformity experiment called the Asch paradigm to track whether subjects accept or defy majority opinions in a group setting. The group has  “confederates,” which are fake patients told to push for the wrong answers, influencing the group to answer incorrectly. In this study, the team displayed a vertical line and asked participants to choose the line matching its height from three options, but it was done with both robot and human confederates. Both adults and children participated, and the results showed adults can be swayed into responding incorrectly by human peers, but didn’t fall for the robots. Children, on the other hand, matched the robots’ responses 74 percent of the time when they chose the wrong answer, meaning they conformed to the robots’ opinions. This draws some concerns around social robots as they integrate with early education. Motherboard

And could particularly benefit a few well-known government contractors:  Lockheed Martin, Northrop Grumman and Harris Corp., according to Byron Callan, defense stock analyst with Capital Alphas Partners. The Trump administration has already established its interest and push for the sixth military branch, and it’s no surprise companies see it as a major long-term profit opportunity — if Congress gets behind the idea. Loren Thompson, a consultant with the nonprofit Lexington Institute, thinks the Space Force will be smaller service with fewer resources and a dependency on industry for things like technical advice and policy input. And it’s no surprise, either, as the Pentagon’s military forces are already moving into satellites, robots and space weapons. The Washington Post

Don’t Hack and Tell, Apple Will Find You

And eventually, you’ll get caught. A 16-year-old boy from the suburbs of Melbourne, Australia, hacked into Apple’s mainframe in the U.S., downloaded internal files and stored them in a folder called “hacky hack hack” (clever), and accessed customer accounts. Why? Because he was such a fan of the company and hopes to work there one day, the boy’s lawyer said in a hearing. He didn’t compromise any of Apple’s data and the company said no customers were affected, but the teen did download 90 gigabytes of secure files and may have accessed customers’ login information. When Apple noticed the security breach, it notified the FBI, which then notified the Australian federal police. They searched his home and seized two computers, and discovered he shared details of his hacking on WhatsApp. The teen pleaded guilty and will be back to court for sentencing in September. The Guardian