Project Maven Looks to Take Artificial Intelligence to Next Level 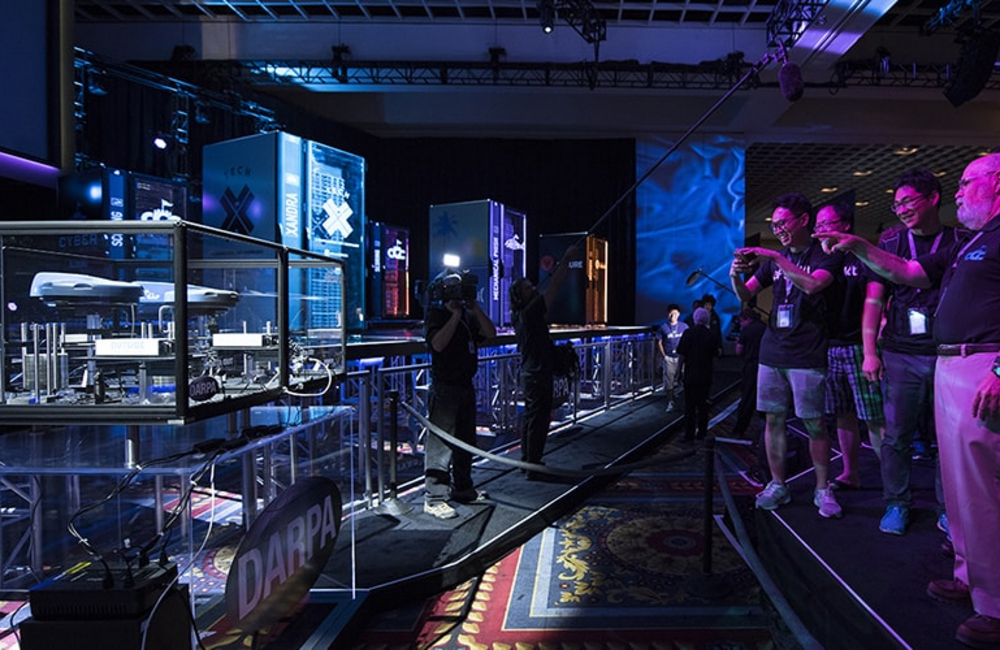 The Pentagon plans to take artificial intelligence to the next level, particularly with regard to analyzing the millions of hours of video collected by unmanned aerial aircraft and other sensors in Iraq and Syria. While the Defense Department's immediate focus is on terrorists and other targets in Syria and Iraq — where the vast majority of the military’s surveillance footage is collected — this is also the kind of research that can bear fruit in associated areas, for other agencies facing similar big data dilemmas.

The Algorithmic Warfare Cross-Functional Team, or AWCFT, along with the Army Research Laboratory, is holding an industry day Oct. 24, to discuss ways to expand its use of computer vision algorithms to develop actionable intelligence, working in a cloud computing environment with an AI interface. The general idea is to develop AI, machine learning and deep learning techniques to help currently overwhelmed military analysts sort through the colossal mountains of imagery and other data in order to quickly find actionable intelligence.

The need is urgent. Deputy Defense Secretary Bob Work launched AWCFT in April, describing it as a “fast-moving” program to integrate big data and machine learning, with DOD saying it planned to have new, advanced algorithms deployed to analysts in the field by the yearend.

In addition to the pressing demands of fighting ISIS and other organizations, there also is the reality that, with the technology available, other countries and organizations undoubtedly are working on the same capabilities. As Marine Corps Col. Drew Cukor, chief of AWCFT’s Intelligence, Surveillance and Reconnaissance Operations Directorate-Warfighter Support, said at a presentation in July, “We are in an AI arms race.”

Machine learning isn't perfect. Despite significant advancements in machine learning, particularly in the last few years, it does have its limits. Machine learning systems learn from example, enabling them to reach conclusions that weren’t programmed into them. But programming for a machine’s area of expertise is still essential, leaving those systems narrowly specialized.

A machine that excels at face recognition, for example, can’t handle language processing; a supercomputer that can beat a grand master at chess might not know how to play tic-tac-toe if it hasn’t been programmed for it. Project Maven now is looking to move into the next realm, employing deep learning and its use of neural networks to develop algorithms more adept at training themselves.

As follows from No. 1 and 2, the game is afoot. The project’s current focus is on computer vision and developing algorithms that can identify objects of interest from moving or still images, something that is still largely manual, human-intensive work.

The Project Maven team took a step toward greater automation in August, introducing data tagging, which involves tagging features — say, a certain color of pickup truck or someone with a weapon — in images to allow a machine to learn what they look like so they can pick them out of a photo.

“Training” the machine is fairly time-consuming, requiring the tagging of each type of object up to 100,000 times to ensure the computer can identify them. But once the machines become proficient, they can automate and speed up the process, freeing analysts for other tasks.

DOD, while noting the progress made to date in analyzing full-motion video, said Project Maven Phase II seeks to partner with industry to develop a prototype process for converting all that data into actionable intelligence “at speed.” The elements of the process initially would include the development of a computer vision model focusing on wide-area motion imagery, and full-motion video from tactical UAV and medium-altitude sources; a compute cloud, with hardware, to host the development; a searchable output database; an AI interface; and support for forward units.

In announcing Project Maven, Work acknowledged the advancements made so far, but emphasized the importance of picking up the pace.

“Although we have taken tentative steps to explore the potential of artificial intelligence, big data and deep learning, I remain convinced that we need to do much more and move much faster across DOD to take advantage of recent and future advances in these critical areas,” he said. That opinion likely applies to other government sectors as well.