The deputy assistant secretary for health technology reform explains the importance of health IT reform toward better serving patients. 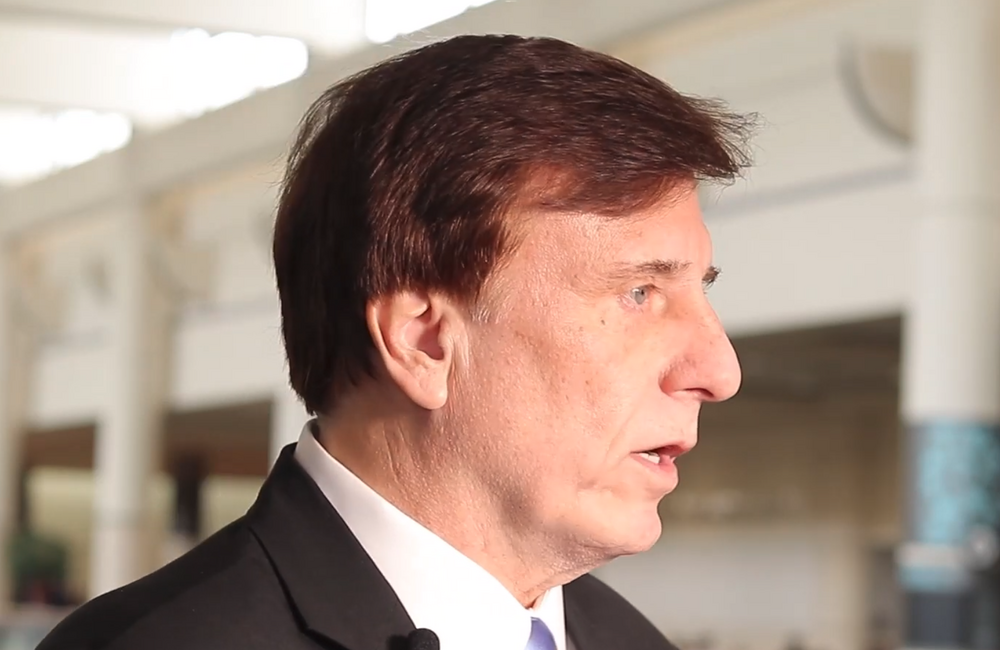 Office of the National Coordinator for Health IT Deputy Assistant Secretary for Health Technology Reform Dr. John Fleming was an early adopter of a digital health record system in the mid-1990s. He discusses the importance of digital technology in the future of health IT and proposed rule-making that would advance it.

What are your priorities at ONC?

Studies have shown that doctors — really all providers, nurse practitioners, all of them — spend as much as half of their clinical time banging on the electronic health record, chasing down all sorts of data and stuff that need to go into the computer. That really suppresses their productivity, and it also takes time and attention away from their patients.

So, what has happened is we have had documentation and other sort of practices that go back a century that we're still trying to apply to the digital space. So our job is to try to bring all of that into the 21st century so it works well. We transition providers from saying, “I hate that computer and I want to throw it through the window,” to, “how did we ever practice medicine without a computer?”

In my own personal private family practice, I implemented the first system in a private clinic in the state of Louisiana in 1997, which seems like dinosaur years from today. But when I did it, I thought that we would advance very quickly as the medical community right into the digital space because I witnessed what it did for the retail and the wholesale space.

We were actually paperless by 1999. But what actually happened, in fact, over the next few years, very little advancement occurred, very low levels of adoption rates and so forth. With the HITECH Act and the creation of the Office of the National Coordinator and so forth, we've really begun to advance that.

While there have been huge delays along the way, we're really beginning to advance at a record pace. And I think people are going to be seeing over the next two to three years a real increase in the capability of their systems and the relief from burden they're seeing today.

How does the proposed rule-making on interoperability affect your work?

Well, we have several rules now — there's the interoperability rule that was just released. It's still a proposed rule and the focus on that is really twofold.

One is the ability to get information from one system to another, which we can't do in a seamless way. People are still printing stuff off and putting in the fax machine, and we're very limited as to what data we can actually transfer. And then there's all sorts of problems like cost and the certification for privacy and all of these things. So, these are things that we're tackling with our proposed rule.

There's also a rule on information blocking. In many cases, there may be payers or providers or some interest out there who, for whatever reason, either technically have difficulty sending information, or maybe they're not motivated to send it. So, the information blocking rule will help us have discipline and provide penalties for those who may not act in the appropriate way.

In what areas do you see the most improvements in the government health care industry?

In the work that we're doing with clinician burden, we're looking at four areas that are problematic that really impact the patient in a negative way and also raises cost.

One is all the detail the doctors have to go through to document their records. And we're transforming that with our pay rules that went into effect in January and other things that we're doing, like an RFI that went out where we get stakeholder information. And what we're doing is we're trying to simplify the documentation process [and] avoid duplication of documentation [to] make it much easier for the doctors and nurse practitioners to document into the computer system.

Number two is prior authorization, which has become a huge burden both on providers and patients. And we're working with outside stakeholders to get to an end-point that I think everybody's going to be happy with — in which at the very point of care, you have a patient sitting there with the provider that the provider can prescribe a medication [to]; or perhaps, prescribe a procedure or some sort of test [and] have it approved automatically there, [with] an approval number given to the patient, the out-of-pocket cost actually given to the patient, and even the appointment made before the patient leaves the clinic. So, we're working diligently with that. Again, with a lot of outside stakeholders like eHI, for instance. We're making rapid progress on that.

Number three, we're working in partnership with CMS to reduce the burden on providers when it comes to measuring quality and reporting the quality. That needs to be streamlined and it needs to be more automated, so we're making progress there.

And finally, when it comes to the PDMPs — which, of course, are the prescription drug monitoring programs because we have an epidemic right now with opioids. What we're being able to achieve there is that doctors can tap in to one or more databases and find out if their patient in real-time is shopping [for] drugs elsewhere. And we want to make that so automated that a doctor can login one time and tap 50 states of databases, perhaps one single database, and they can gather that information. And it's up-to-date to the moment so that a patient does not end up utilizing various providers so they can abuse the drugs and potentially accidentally kill themselves with an overdose.

What challenges has your team faced?

Well, there are a number of challenges. Some of them are just built-in.

I mean, you know, government moves slowly. You have to get approval from various other parts of government, other agencies and so forth. And sometimes, they may not agree with our work product, so they send it back and more work needs to be done.

The other challenge has been working with stakeholders throughout the country, getting their input. They don't necessarily agree with each other, so we try to build consensus.

A good area on that is, again, back to documentation guidelines. We've achieved some huge gains there. We've made it now where a non-physician can write a progress note and the physician can simply sign it, and that's now accepted by CMS.