NRO will release an RFP by January 2023 as part of a wider DOD initiative to increase investment in satellite and satellite-adjacent technologies.
Anastasia Obis 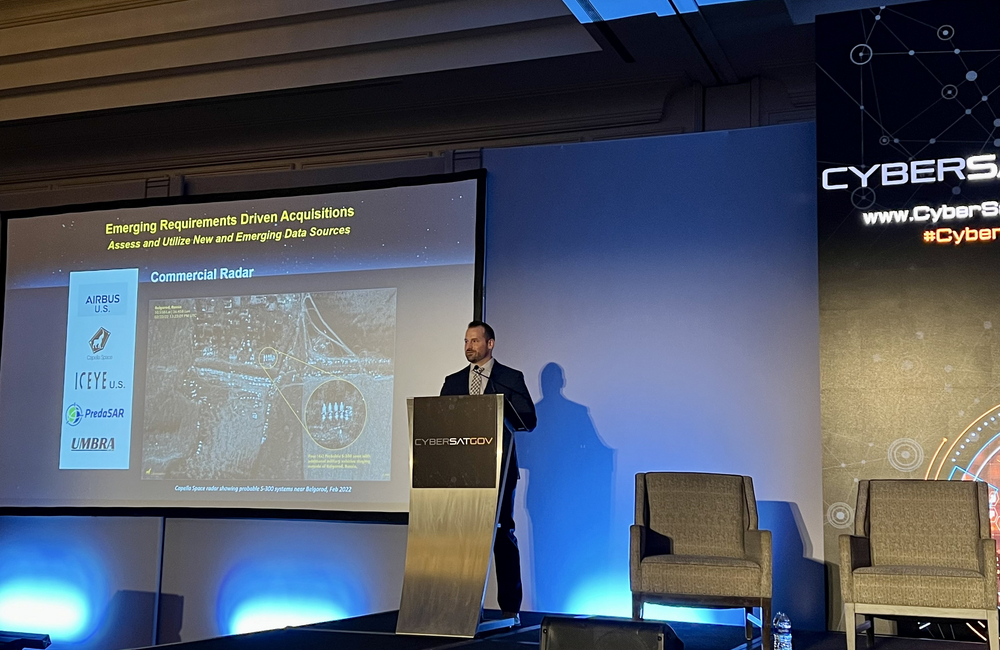 The news comes as the Defense Department aims to ramp up swift and secure acquisition of satellite and satellite-adjacent technologies in response to escalating tensions with China and Russia.

The NRO awarded five contracts earlier this year under the Broad Agency Announcement (BAA) Framework for Strategic Commercial Enhancements that the agency issued last fall as a way to acquire new and emerging commercial space capabilities.

"I'm looking forward to exploring this emerging phenomenology that's coming out of the commercial industry and we're helping the government discover ways that we can utilize commercial hyperspectral data," Banik said. "... Expect to release that RFP [request for propossal] prior to the end of this year."

BAA strategic commercial enhancement method is crucial to the agency's strategy to assess commercial capabilities and start working with new companies quickly. It allows the agency to go from a request for proposal to issuing a contract in a matter of months. With the commercial radar satellite contracts awarded in January, it took the agency approximately three months to award the contracts.

"From the time that we released a request for proposal to the time that we actually have contracts, and those of you who've ever done business with the US government, three months … is absolutely lightspeed," Banik said.

Some of the companies the agency works with have never done business with the government before, which is why a low barrier to entry is essential. The agency minimizes many government contract requirements when structuring a contract in order to "cast the widest net possible to capture the best."

The NRO also structures its contracts to allow the agency to scale in scope and value to support operational mission requirements. "We were pleased to be able to do this with many of our commercial data providers in support of the Ukraine crisis," Banik said.

One of the lessons the NRO learned in the process of working closely with industry partners through the BAA framework is that transparent communication is vital to the entire process.

"Transparent communication may seem like a bit of an oxymoron here as I stand up and represent the National Reconnaissance Office. It's not always easy for government agencies," Banik said. "You can imagine how difficult it was crossing the road to publish our intentions for buying data on Facebook and Twitter and the like. So I will say this is a work in progress for us, but we're absolutely committed to transparent communication."

Another lesson learned while working with companies in the commercial sector is the importance of following through, especially when working with smaller emerging commercial remote sensing providers.

"Space has never been as congested and contested as it is right now. It's turned the corner from a peaceful domain to a competitive one," Banik said. "China is presenting challenges and … Russia, they're exerting power in ways that we have not seen in decades. So we have a responsibility to help protect our national security, which is why we must and we have positioned ourselves to utilize the incredible innovation that the commercial industry is delivering today across all available phenomenologies."