A key leader in the agency's diversity office shares how NIH is committing to improving equity and inclusion.
Melissa Harris 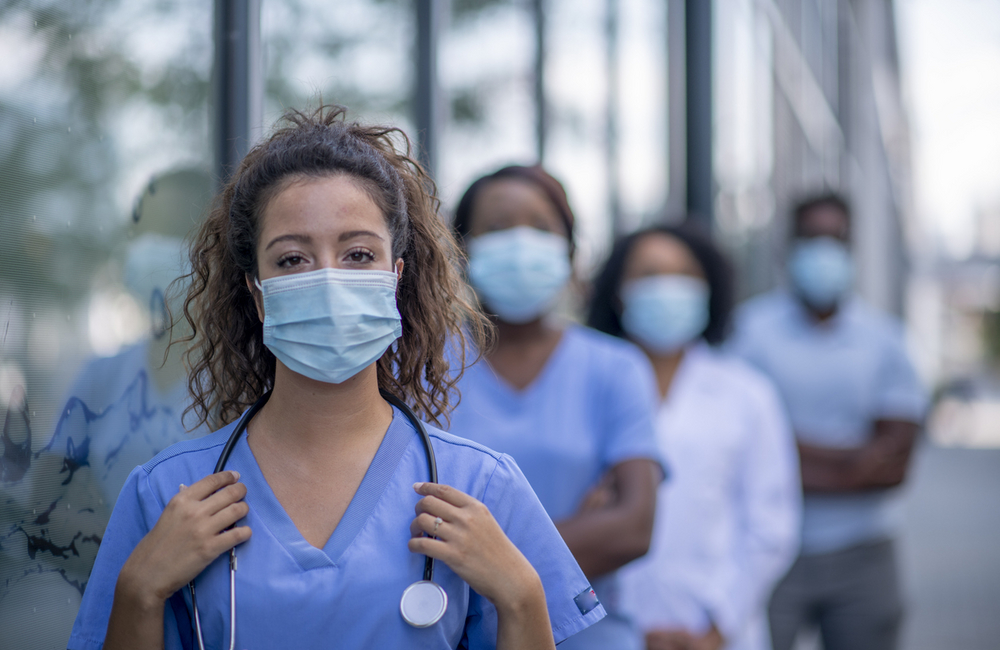 The COVID-19 pandemic and recent racial justice movements have brought increased attention to disparate conditions against women, people of color and other underserved communities. The National Institutes of Health have taken these realizations to heart in steps to strengthen its commitment to uplifting diversity, equity and inclusion.

“NIH did a survey of extramural researchers, people that we fund across the country to do scientific research — more than 40,000 respondents — and found that the women uniformly, particularly those who were caring for small children under the age of five, were very stressed and concerned about the ability to continue in their career,” Bernard said. “People who come from underrepresented racial and ethnic groups [had] a similar sort of concern, so the COVID pandemic has demonstrated all those things. It was really an opportunity for us to do better as we go forward.”

One of the biggest initiatives that NIH is taking on to increase representation in the medical community is through its UNITE initiative, which aims to identify and address structural racism across the biomedical and scientific community. The effort officially launched in February, but NIH leaders started to develop it in June last year after seeing the disparate morbidity of COVID-19 on underrepresented communities and the racial justice movement occurring, Bernard said.

NIH leadership developed five interacting working groups under the initiative to tackle racism and discrimination in scientific research while creating pathways to promote diversity and inclusion across the biomedical community. These groups, named after each letter in UNITE, look to:

NIH has already been acting on the pillars of UNITE this year, with leadership having presented findings and actions to the NIH director standard advisory committee meeting in June. One of these changes resulted in two funding opportunities totaling $24 million as part of NIH’s Common Fund initiative to address health disparities and advance health equity.

As NIH continues building up UNITE, the institutes have already uncovered differences in health conditions and outcomes across genders, races and ethnicities through research that focuses on specific demographics.

For example, the Study of Women’s Health Across the Nation (SWAN), a longitudinal study to examine women’s health during their middle years, found that menopausal transition was much longer than previously thought.

“All the textbooks said that the menopausal symptoms lasted only about a year or so,” Bernard said. “What we found from this study is that the menopausal transition, particularly hot flashes, lasts for years, depending on your racial, ethnic background.”

Although NIH is pushing to diversify studies and representation in research, diversifying the health treatment community to build trust in underserved communities remains crucial. Bernard said that when patients are given a choice, they prefer to have providers who share the same gender, race and ethnicity, and that providers from underrepresented backgrounds are also more likely to practice in underserved communities.

“We have found that working with trusted partners in the community, community groups, religious groups, academic institutions that are located there can be really impactful,” Bernard said. “But the more important part of it is that you have to go in to trusted relationships and maintain those trusted relationships, not just sweep in, sweep out again.”

These many efforts will be an “ultra-marathon” effort, Bernard said, but she remains hopeful for the future.

“We’re excited about the opportunity to put more of a focus on the science, the scientific workforce diversity,” Bernard said. “We’re going to be doing regular offerings for anyone who’s interested to think about things like the impact of implicit bias training that has been demonstrated in certain hands to be helpful in enhancing diversity, looking at the science behind bringing in cohorts of scientists from underrepresented groups to become a network of support for each other and changing cultures and institutions.”