NASA is Returning to the Moon in Laser-Technology Style

When Orion reaches lunar orbit in the early 2020s, it’ll have technology on board to send back HD-quality video.
Amanda Ziadeh 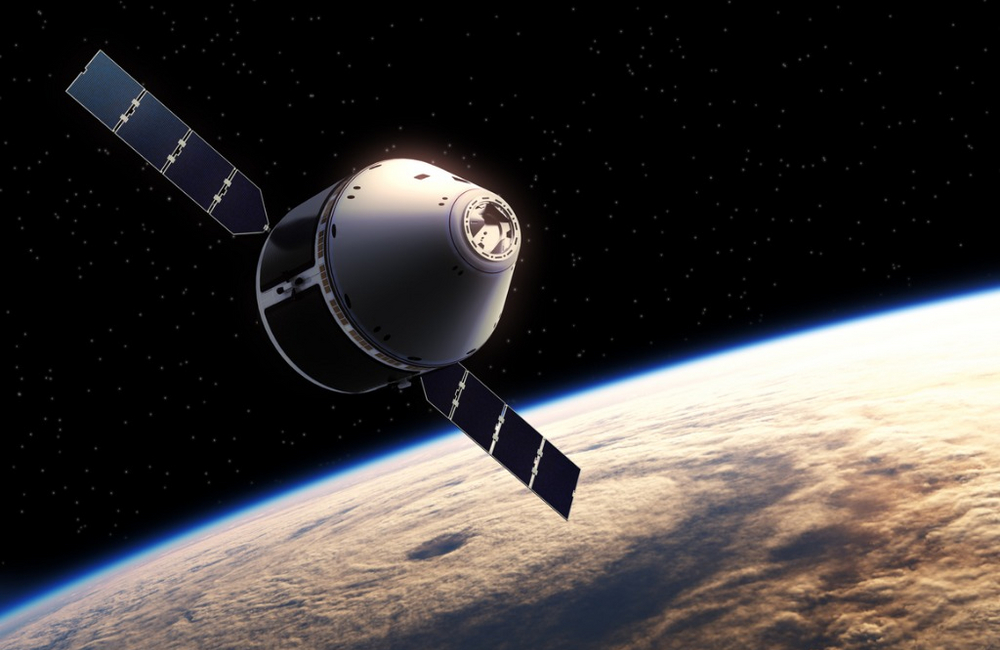 NASA is building the Orion spacecraft and exploration vehicle to carry a crew to the Moon and beyond with laser technology communications that will send high-definition video from space in near-real time.

This technology isn’t new, but it is, perhaps, the future of satellite communication, according to Kevin Kelly, CEO of LGS Innovations, which is providing the optical modem that will enable the ultra-high broadband data transmissions to and from the Orion spacecraft when it takes a crew into lunar orbit in the early 2020s. The technology can transmit data over long distances at rates up to 100 times faster than traditional radio frequency systems, according to LGS.

The modem LGS is building for Orion will convert the data generated on the spacecraft to an optical signal so it can be beamed from the Moon’s vicinity to a receiver on Earth, and vice versa. The company will deliver the modem in late 2019 to keep with Orion’s schedule as part of the Optical to Orion (O2O) project.

What is Laser Communications?

This type of communication heightens typical electrons (used in conventional internet traffic or electronic communications) into the light domain.

“We take the electrons and we excite them to a higher power level and higher frequency and convert electrons into photons,” Kelly told GovernmentCIO Media. “The beauty of using lasers to communicate versus electrical pulses is that they can be focused,” Kelly said. So where radio frequency communication spreads like waves, dissipating power over a large area, laser communications focuses all the energy in a very small point, using a lot less energy to convey a lot more information, Kelly said.

The focus to one precise location makes laser communications more secure and much harder to intercept compared to, say, wireless communications on a cell phone that radiates 360 degrees, constantly emitting communications, Kelly explained.

LGS and its Work with Lasers

LGS’ work with the technology dates back to the 1970s. In the late 1990s and early 2000s, LGS bid on a satellite program with the U.S. Air Force called Transformational Satellite (TSAT) Communications System Mission, looking to enhance bandwidths “well in excess of the typical [radio frequency] links,” Kelly said.

The TSAT program was ultimately canceled, but LGS had taken the time to test its laser communications technology, which included laboratory demonstrations replicated for a space environment. The company continued investing in this technology, eventually creating a lightweight powerful laser communication system that can be deployed in a variety of orbits.

“Along the way, we kept the Air Force, DOD and NASA apprised of what we were doing,” Kelly said, adding that the company maintained relationships with its industry partner, MIT Lincoln Laboratory, a DOD research and development lab.

MIT Lincoln Laboratory is now managing the Orion contract with NASA and partnering on the mission. When it came time to choose a laser vendor for the Orion capsule, LGS competed in the bidding process and won.

Putting Lasers to Use on Orion

LGS' modem for the Orion mission will convert all the electrical communications on the spacecraft. The plan is for these transmissions to be integrated by MIT Lincoln Laboratory’s laser terminal hosting the telescope with the pointing mechanism to communicate with Earth data that includes voice communication, high-definition video and telemetry data on the spacecraft.

The modem will go through preliminary and critical design reviews for acceptance by MIT Lincoln Lab, and then it’ll go through a multi-year integration phase, Kelly said.

“It’ll have some work as we help the larger team do the integration into the spacecraft, so there may be some changes after the fact,” Kelly said, as modifications might be made specifically for Orion. So the majority of that work will be done in 2019 when the modem is delivered.

“This is the future of satellite communications. Getting out of [radio frequency] communications with reflectors and large dishes, and getting into laser light,” Kelly said.

This isn’t LGS’ only project. The company is also helping NASA adopt laser communications for other missions, like the first deep-space laser transmitter for the Deep Space Optical Communications project.

Kelly said this transmitter will provide a communications link to an exploratory satellite going all the way to the asteroid belt. “The only effective way of doing high-data-rate communications at that distance will be to use a laser,” he added.

LGS is also working on a free-space laser modem that will fly aboard the International Space Station (ISS) as the first demonstration of a fully operational, end-to-end optical communications system. Similar to Orion, the system will provide a high-speed data communications link between the ISS and Earth.

As for overall market expansion, Kelly believes we’re in the early days of what will be a standard for satellite communications in 10 years.

Editor's Note: This article has been edited to clarify some wording regarding the laser technology.