Before a lunar landing, NASA is developing a reusable and open orbit architecture that requires more tech and collaboration.
Amanda Ziadeh 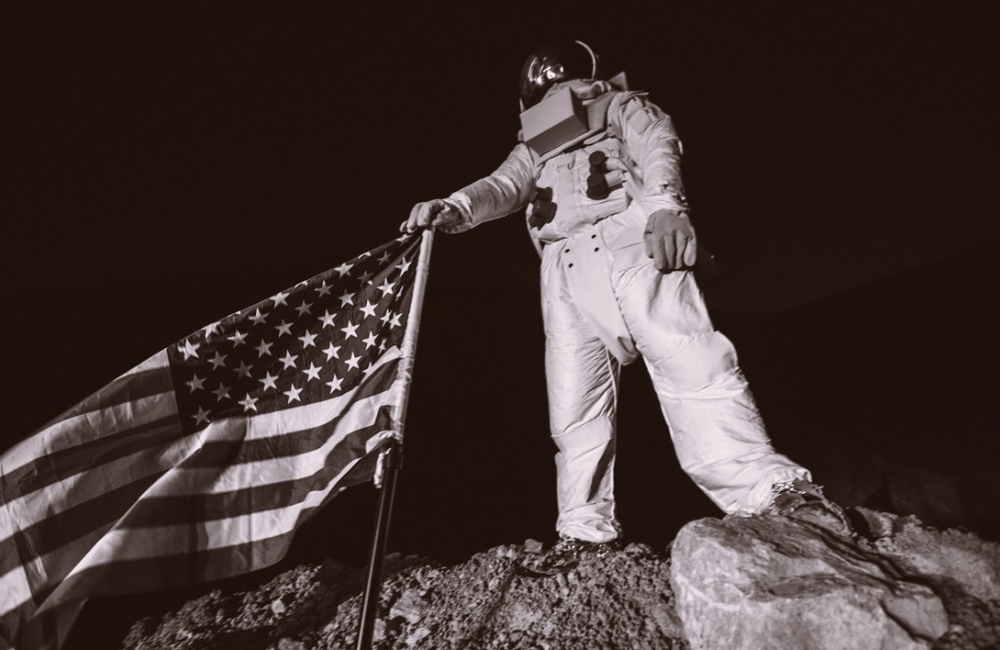 It has been nearly a year since President Donald Trump signed the White House Space Policy Directive 1 to refocus NASA on another lunar landing, which will be done sustainably and with industry and international partners in order to lay the groundwork for going to Mars.

“We’re not going back to the moon, we’re going forward to the moon — because we’re doing it in a way we’ve never done before,” said NASA Administrator Jim Bridenstine at the Dec. 6 U.S. Chamber of Commerce Launch event in Washington, D.C.

What Bridenstine means is the president wants to go to the moon to stay on the moon, and going to the moon sustainably means reusing every piece of the architecture from Earth to the moon’s orbit.

NASA wants to find a way to get from Earth’s orbit to lunar orbit with reusable parts, Bridenstine said. He explained the importance of usability with a comparison: imagine flying to Washington, D.C., and upon arrival, throwing away the airplane.

“What would be the cost of your ticket to get here,” he asked. “Would you be here at all if that was the price you had to pay? No, you wouldn’t be here because it would be too cost prohibitive.”

But that’s the way NASA has been getting to space for years, and eventually, the agency wants to reuse rockets the way airplanes are reused.

NASA is also developing a reusable command module that will sit in orbit around the moon. Called the lunar gateway, it will be a crew-tended spaceport outpost and will have a power and propulsion element with habitation, logistic and airlock capabilities. It will serve as a gateway to deep space and the lunar surface, with a power bus, a small habitat to extend crew time, docking capability, an airlock and services by logistics modules for research, according to NASA.

The gateway’s three primary elements are the power and propulsion bus, habitat module and small logistics module. The elements will use the cargo capacity of the Space Launch System rocket and the deep space capability of the Orion spacecraft (which is being built for crewed deep space exploration).

The gateway also allows engineers to test new technologies that have advanced since the development of the International Space Station. With an airlock, it can fly on a subsequent exploration mission.

Bridenstine envisions reusable landers going back and forth from the gateway to the moon’s surface, carrying robots, rovers and, one day, humans.

“All of this architecture would be reusable,” he said, adding it would also be sustainable, making this lunar landing unique.

And as stated in the directive, NASA won’t be doing this alone. The gateway will be developed, serviced and used in collaboration with commercial and international partners.

The architecture between the Earth and the moon is open, Bridenstine said. The way data and communications are transmitted as well as the capabilities are going to be available to the public online, he described. “You can go online and find out ultimately what you might need to do in order to integrate into this reusable sustainable architecture as a private company,” he said.

The capabilities are being designed in a way that would eventually allow private companies to utilize this open architecture, go to the surface of the moon and prospect for water, ice or new minerals, for example.

This would also benefit other nations. There are countries all over the world that have space programs that didn’t exist five or 10 years ago, Bridenstine said, and many of those space agencies want to go to the moon with the U.S.

“We want to enable them to do that,” he said, “to figure out where they might fit in the architecture so that they, too, can have a space program that gets their robots and their landers and their rovers to the surface of the moon through this open architecture capability.”

So under Space Policy Directive 1, the U.S. will go to the moon — sustainably, with a meaningful, open architecture, and with international and commercial partners.

Moon as a Proving Ground

As for an eventual venture to Mars, the moon is NASA's proving ground, Bridenstine said. All of the capabilities being developed under this directive, including the gateway, will be resourced and utilized for the journey to the red planet.

Timeline and Plan of Action

The goal to launch American astronauts from American soil on American rockets (which hasn’t been done since 2011) starts with a commercial crew, and those opportunities are being provided by current partnerships with Boeing and SpaceX.

“We fully anticipate that we’re going to be launching a crew to the International Space Station in 2019 with commercial partners,” Bridenstine said.

This is because NASA is not interested in purchasing, owning and operating its own hardware. It’s going to use the commercial marketplace and be one customer of many to reduce cost, increase accessibility and drive U.S. economic development.

In regards to getting to the moon, the power and propulsion elements of the gateway are first, with plans to launch in 2021, and the habitat and command module to follow in 2023.

As Bridenstine — and the directive — stressed, NASA is looking for commercial partners to step up, create the hardware needed (landers included) and collaborate on getting the U.S. to the moon.