Emerging technologies are integral to solving federal challenges, and many of the solutions originate from Silicon Valley-type startups. But does the intelligence community rely on these startups to help solve national security issues?

John Kammerer, the technical director of high-performance computing solutions at the National Security Agency, said when it comes to computing, big companies depend on component developers at startups.

“We really look towards the startups down at that level because in the end, we’re trying to build a system out of what we really need to have, all the components focused on the mission problem,” Kammerer said at last week's NVIDIA GTC event in Washington, D.C.

NSA still works with big players in the artificial intelligence and high-performance computing industry, but innovation really happens at the developer level. Big companies are even snapping up startups for that reason, to acquire a technology capability they’re missing.

Dawn Meyerriecks, the deputy director for science and technology at the CIA, said her agency also benefits from working with startups.

“We’ve found relationships with . . . startups a very, very useful one in terms of shortening time to market for us, and also getting products early that we can use for our challenges,” she said in a panel with Kammerer.

But what exactly do federal agencies look for in startups, and how do they bridge the gaps of bureaucracy?

The CIA partnered with In-Q-Tel, a technology accelerator and venture capital firm that identifies the startups with a potential for high impact on national security. It works with government customers and the venture capital community to connect federal problems with the right solutions.

“When I came into government, a large source of innovation was government,” Meyerriecks said. Now, a significant amount of CIA research and development dollars flow into this innovative community. It’s working really well, and yields a better internal rate of return.

“If we want to ride the curves, which we think is really important for our relevance, then we had to figure out a way to do this,” Meyerriecks said about the partnership with In-Q-Tel. It took some time to get the model right, but based on the CIA’s interactions with the companies it works with and its adoption rates, “from a mission perspective, it has proven its efficacy over and over and over again," she added.

The CIA doesn’t have many restrictions on the startups it is willing to work with, either. After identifying mission needs, In-Q-Tel surveys the market and brings the best to the table. Aside from obvious red flags, Meyerriecks said they start with the best technology, form a relationship with the company and then work together to solve national intelligence challenges.

“Government is slightly more open minded than it used to be,” she said, and provides meaningful problem sets benefiting emerging markets. “That’s always a good thing for a startup to have . . . a real problem that matters to get going." Because once the CIA is in, it is all in, and could even lead to an enterprisewide license.

“We want the commercial marketplace to produce things that we can ride long term, and we don’t want to have special one-offs,” she said. “That’s kind of the worst possible solution.”

If she finds a security hole, for example, she will work to fix it, but that becomes everybody’s fix, not just the CIA’s.

“We don’t want to have one-off specials for the things that we’re licensing as commercial products,” she said.

Kammerer agreed, adding he doesn’t want to offroad a company’s roadmap completely. If anything, he said, “we’re just trying to add some features to a certain technology so it gives us the mission benefit we’re going to need.”

For example, Orbital Insight takes massive amounts of geospatial images from various providers and runs it through algorithms to find and analyze national trends and statistics. So when a specific customer looks for a unique trend, it’s a small tweak to the company’s large pipeline of image processing data.

Yet, startups and agencies still face adoption challenges. Bureaucracy and clearances get in the way, and federal contracting language can be hard to navigate.

“I think our adoption rates are still too slow,” Meyerriecks said, largely because of the acquisition processes. One way the agency tackles this is with an internal version of an on-premise Amazon Web Services installation it calls Commercial Cloud Services, or C2S.

“The goal for that working with In-Q-Tel was to make it easy for companies to deliver product if it's software-based directly into AWS, thereby making it easy for us to get it into C2S,” Meyerriecks said. It’s a helpful step, but if the agency can then get the products in on an experimental basis to monitor use and eventually bring it on an enterprise level, it will accelerate adoption. 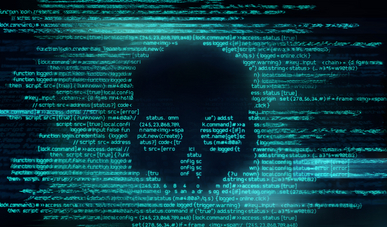 SolarWinds Opened the Door for Cybersecurity Culture Overhaul at DHS 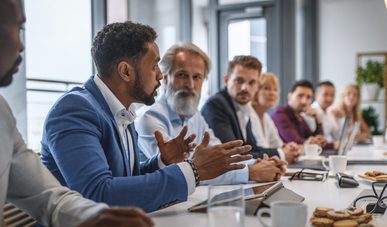 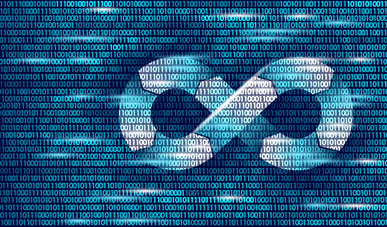 Listen: How CMS is Making Security Easier for All 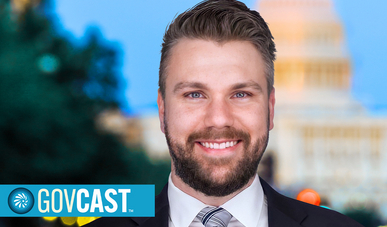