Hot Clicks: Get Cozy En Route to Mars at the Space Motel Skip to main content 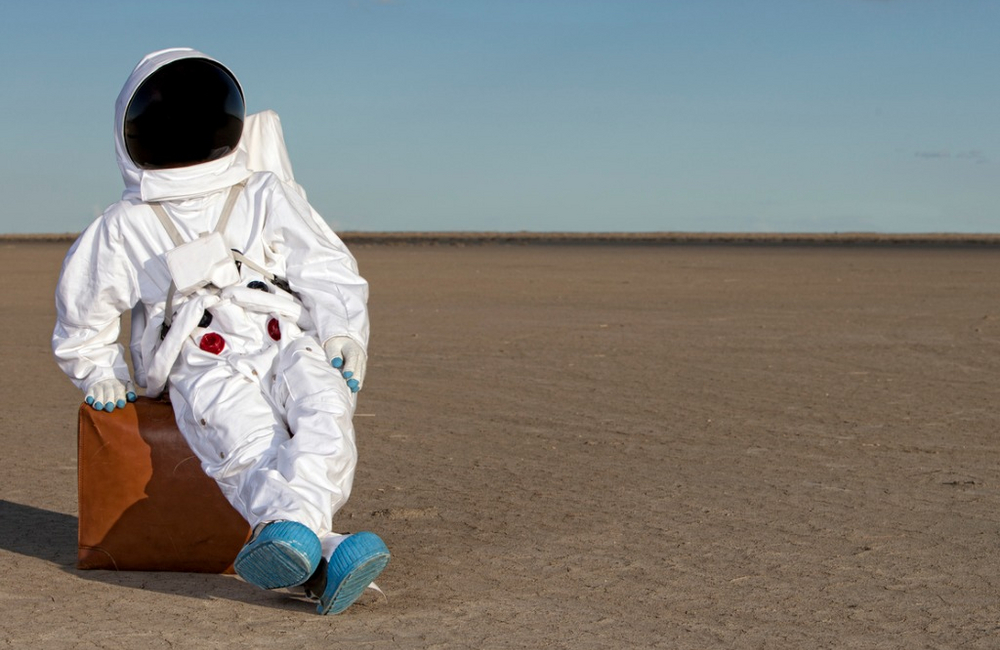 NASA’s Mars crew isn’t quite ready to head up to the Red Planet yet, but when it does, crew members may have a comfy pit stop. Aerospace company Lockheed Martin released a prototype of its space motel at the Kennedy Space Center in Cape Canaveral, Florida. It’s a cylindrical module made of a reused cargo container from the space shuttle area. It’s 22 feet long and 16.5 feet wide, and is intended for four astronauts for up to 60 days as a stopping point before heading into deep space. It’s not that spacious, though; Lockheed Martin’s Bill Pratt, who manages the deep-space habitat program, said the couch and table become a bed, and things will constantly be shuffled and moved around. But there are sleeping quarters, a toilet, exercise equipment, storage space and a gallery. NBC

There’s a booming demand for artificial intelligence talent in New York City, but not enough qualified people for the job — so, candidates who are qualified can push for larger starting salaries. In fact, the number of job postings with AI or machine learning in the description doubled since 2015, and search entries for those positions rose 182 percent in the past three years. But that's just search queries, not actual qualified applicants, so the salaries offered on platforms like Indeed.com may not even reach those of AI jobs filled directly or via recruiters (those probably come with bigger salaries, bonuses and stock options.) And apparently, New York has the highest percentage of AI and machine learning positions in a single metro area (not San Francisco), holding more than 11 percent of national job postings. So, if you’re into AI, maybe head to NYC. Bloomberg

That’s what they've been told to do, anyway. The Government Digital Service commissioned a report to explore agency use of innovative tech, and found many organizations are trying them out. But without a centralized plan or governmentwide coordination, agencies risk wasting time and reinventing the wheel, so they’ll be met with a new strategy for tech next year. Specifically, the report noted concerns with siloed thinking, budget constraints and risk aversion. Untested technologies without clear standards are actually a risk to departments, and departments are prototyping new tech in controlled labs and hubs already being developed independently. So, as many agencies explore new tech like AI, they’re doing so in a siloed, independent way. In an effort to not repeat past mistakes, the report tasks the GDS with creating more visibility and coordination, and driving public sector innovation. The Register

The Arrival of Artificial General Intelligence

This is an important moment for AI, because apparently, the quest for AGI, meaning the intelligence of a machine that can successfully perform any intellectual task a human can (a single algorithm that can learn how to learn), is a highly sought after goal in the world of computer science. It appears that DeepMind, the creators of AlphaGo, have found AGI with its Impala Architecture. This is big news for AI, because as is, AI has little ability to transfer learning to new tasks, and has to be trained from scratch. But DeepMind’s Impala is its most successful effort at AGI yet, as it showcases a single algorithm that can learn 30 different challenging tasks that require various aspects of learning, memory and navigation. Impala is based on reinforcement learning, which is an AI technique that originates in behaviorism, and mimics the way humans build up intuition-based skills like walking. But these algorithms couldn’t transfer what they learned about one task to a new one, until DeepMind supercharged a reinforcement learning algorithm, decoupling acting and learning, so one neural network (the critic) evaluates the other (the actor). Extreme Tech

In a May memo to President Trump, Defense Secretary Jim Mattis pushes for the creation of a national strategy for AI, arguing the U.S. isn’t keeping pace with China and other countries. Specifically, Mattis pointed out the U.S. needs to not just be a leader in defense, but also a leader in the “transformation of the human condition.’” It’s not clear if the memo steered the course for AI initiatives to follow throughout the year, but officials with the Office of Science and Technology Policy did say AI is part of the president’s national security and defense strategies, and the Pentagon is interested in strengthening relations with AI researchers in Silicon Valley.  For example, the Pentagon announced the Joint Artificial Intelligence Center in June to bring together tech companies, startups and government. The Pentagon hopes the center relieves some of the concerns researchers and companies have with creating robotic vehicles used as autonomous weapons. New York Times