Mars or Moon: Where Should NASA Go Next? Skip to main content

Mars or Moon: Where Should NASA Go Next?

We haven't touched down on the moon since 1972. 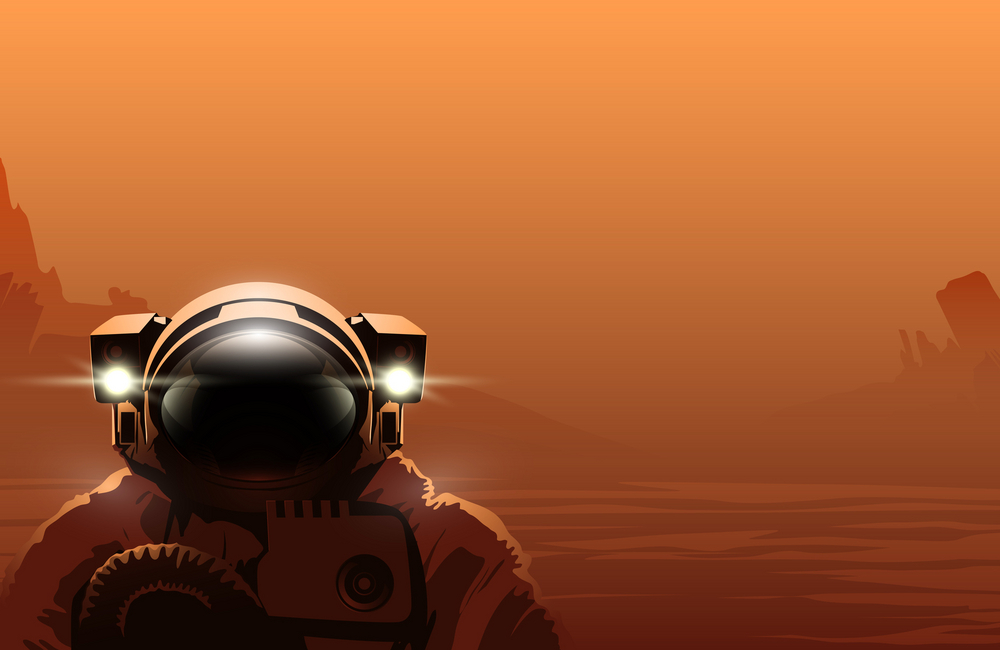 NEW ORLEANS — The Red Planet may be all the rage today, but the next stop for NASA might be a familiar one, if two space professionals get their way.

In a small media Q&A session at the Collision Conference on Wednesday, Terry Fong, director of the Intelligent Robotics Group at the NASA Ames Research Center, and Mike Massimino, former NASA astronaut and now a professor of mechanical engineering at Columbia University, answered questions about space exploration and where to boldly go next.

The approach to space exploration has evolved quite a bit over the years, the duo acknowledged. Fong pointed to two main changes: competition and different needs around technology.

Twenty or 30 years ago, the U.S. didn't have commercial businesses clamoring to get to space, such as today’s SpaceX or Virgin Galactic — NASA was it. And in today’s tech-focused world, NASA is looking increasingly for commercial off-the-shelf solutions, driven by the fact that agencies, especially the space agency itself, don’t want to rely on custom, one-off, in-house development.

Two decades ago, NASA’s space program was “in full swing” and yearly flew about five space shuttles with people; now, those crafts are retired and displayed at museums, Massimino said. And today, NASA sends fewer people for longer periods of time to the International Space Station.

But that could change in the near future.

Companies like the aforementioned SpaceX, Boeing and Blue Origin are racing to develop vehicles that can take humans to the ISS — and that is very different from back in the day when space exploration was predominantly a government effort private businesses simply couldn’t undertake.

“And now, some of what these private companies are accomplishing, I find to be amazing, and they’re able to market very well,” Massimino said. “Sending that car into space, like Elon Musk did, that was a pretty good trick.”

In the race to get to Mars, who’ll be first, Musk or NASA?

“I think it’s more of, how are we going to work together to get there?” Massimino said. “I think the idea of one entity doing these things, whatever it is on its own, it’s going to be more difficult. Even for Elon Musk with his rockets. NASA is one of his customers, so delivery of cargo to the space station is done by SpaceX, Orbital ATK and another company."

So, on a personal level, two space geeks contemplating, what’s the next stop for space exploration?

“I’m really excited about going beyond Earth orbit,” Fong said. “As an agency, as a nation, as people, we should be looking beyond [the ISS]. So, now that there’s a lot of interest and some work started this year to build a gateway near the moon, that’s a really great thing.”

Officially named the Lunar Orbital Platform-Gateway, the planned outpost is being developed by various ISS partners, including NASA, Russia and Japan’s space agencies. The anticipated launch for that work is in the 2020s, and the goal is to have a gateway crew stay in deep space for up to one or two months at a time.

“I’m also really excited about looking beyond Mars . . . I think there’s more to the solar system to explore — not that we’re done with Mars, but there’s a lot to see,” Fong said. “Going to Europa is hugely interesting,” he added, referring to one of Jupiter’s moons. “And going back to the moon, we haven’t had a NASA lunar surface thing for a very, very long time.”

Last time NASA touched down on moon was in December 1972, with Apollo 17. It was the last mission of the Apollo program. Now, 46 years later, it’s time to revisit, Massimino agreed.

“Mars is very exciting and interesting place to go, but it’s also really difficult to get there and it’s a big time delay to call home to get help,” he said. . . . “I think the moon is a great place for us to go and learn how to operate there, and there’s also commercial applications there for tourism and resources and somewhat of a science base like we have in Antarctica, for example.”