Claire Walsh from Excella Consulting said her team’s strategy was preparation and creating a solution with the widest impact. 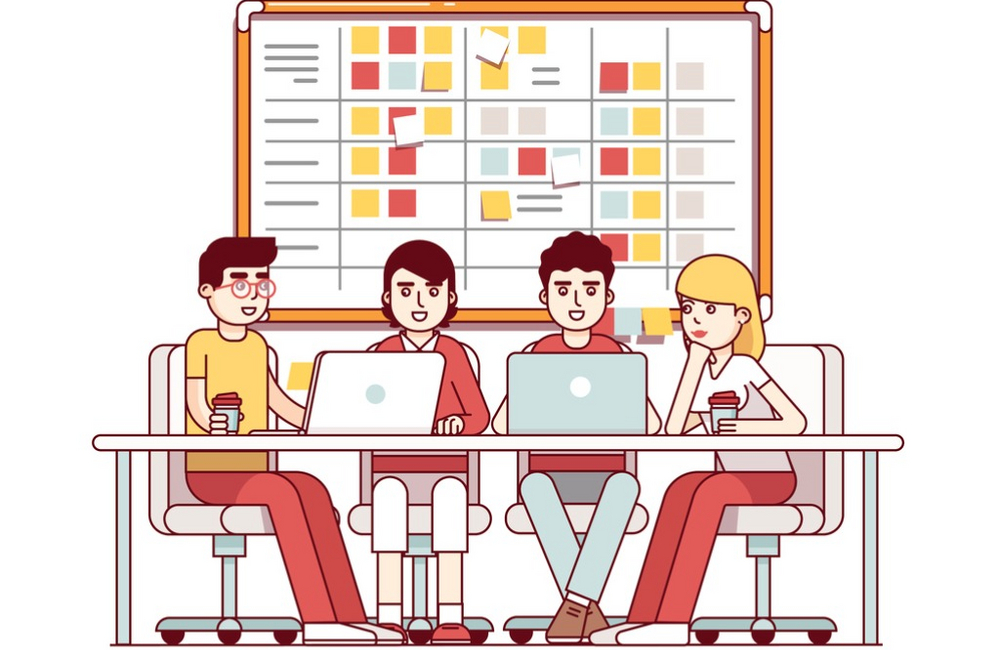 Earlier this month, the Health and Human Services Department held a first-of-its-kind code-a-thon to fight the nationwide opioid epidemic. Coders were up all night, but perhaps one of the biggest challenges was the quality and availability of data, according to a team lead.

The code-a-thon ran Dec. 6 and 7 at HHS headquarters in Washington, D.C. Fifty teams of more than 300 coders used 70 data sets from HHS, federal agencies, states and a private entity to develop solutions that can prevent opioid-related deaths. In the end, three teams were awarded $10,000 prizes.

GovenmentCIO Magazine caught up with Claire Walsh, principal data consultant at Excella Consulting, who led a coding team from Excella at the HHS Code-a-thon. We spoke the morning of Dec. 7, about 18 hours into the event. Walsh has led coding competition teams before on smaller challenges, but it was her first time leading a 24-hour event.

GovernmentCIO Magazine: Have you been up all night?

Walsh: A couple of us have, I got a couple hours of sleep so that was helpful.

GCIO Mag: How big is your team?

Walsh: Overall, I have 40 developers, so I’ve got data visualization experts, data engineers and data scientists.

GCIO Mag: How did you end up leading a team of coders for this event?

Walsh: One of the teams I have in my group is working at HHS Office of the Inspector General today, and we heard about the event. I have a couple people from that team as well as other volunteers from my group at Excella, so that’s how we’re here today.

GCIO Mag: How are you strategizing with your team for this code-a-thon?

Walsh: We tried to do quite a bit of prep in advance. We have one person on the team who has quite a few connections in the health care industry. So we talked to emergency room doctors, county health officials and some state officials as well, to see what they were looking for, what existed and what they needed.

We’ve been zooming in on the county-level health official data need, because there’s quite a bit of information at the federal level, and definitely some at the state, but there’s not that many at the lower level.

GCIO Mag: What is your team focusing on?

Walsh: There’s three tracks, we’re on the treatment track. So we are trying to overlay treatment center availability with actual opioid overdose events, like an Emergency Medical Services visit that’s a result of an opioid overdose or an opioid death. We’re trying look for patterns, present that and see if that’s something that would help trigger some conversations.

We want to help people go from the county level all the way up to a state level and be able to say, “alright, it looks like I have a similar ratio of treatment centers to opioid need because of the overdose usage rate. What does that tell me, and what are areas that are doing really well? Maybe I can talk to those areas and see what they’re doing and use some of their similar strategies.”

GCIO Mag: So what exactly is your team developing? Is it a web tool?

Walsh: It’s basically a dashboard. So anyone with basic web browsing skills can go in and see a state-level color code that shows where the most opioid activity is (with EMS), and where deaths are happening. Then, when you click on a state, it can go down to the county level and you can see the numbers by state.

You know how on Google Maps you get those little points of interest? The dashboard has one of those for each of the treatment centers in that particular county. So West Virginia, for example, we’re noticing has a really high per capita ratio of opioid deaths, and it has very few treatment centers, which may or may not be a known thing. It’s allowing us to see some of those patterns.

GCIO Mag: What has been the most challenging part so far in these almost 24 hours?

Walsh: I think data challenges are hard because you can pretty much build anything as a developer, but in a data challenge, you’re completely dependent on the availability and the quality of the data. When we came in, we were looking to get hold of naloxone doses data, the drug they give to people who have had an overdose to resuscitate them. We wanted to map where naloxone doses are available along with people who are trained to administer them, and overlay that with where opioid EMS events were happening. We wanted to see if there were areas with a lot of naloxone doses available but not as much need, and places with a greater need and not many doses available.

But unfortunately, we asked multiple experts here and they said that information just doesn’t exist, as far as we can tell. So we had to give up on that. But you have some of those dependencies where you can’t make the data up, so you need to know that it exists otherwise it’s not going to be a viable scalable solution.

GCIO Mag: Were you not given the data until the start of the code-a-thon?

Walsh: We were given some of the data sets, some of them were public so they gave us access to those a couple of weeks ago. They gave us some restricted data sets that we’re only allowed to use for the code-a-thon yesterday (the first day of code-a-thon).

GCIO Mag: Win or lose, what’s the plan for this dashboard after the code-a-thon?

Walsh: So the code can definitely be open source. We are using a restricted data set, that’s one of the rules, so we have access to EMS event information, and that we won’t be able to make publicly available.

GCIO Mag: How do efforts like these impact federal initiatives? Is “coding for a cause” something you were drawn to?

Walsh: Definitely. I think that’s really been our driving vision. We want to create something that’s scalable, and so we did find a couple of states that had really amazing quality of information, but just a handful. And we felt like if we created something just for those states, and then ignored the states like West Virginia that maybe didn’t have the resources to collect a lot more information, it really wasn’t making the biggest impact.

We’re trying to make the widest, most national level, state-by-state impact, even with simple information, because a lot of times, it’s just difficult for people to bring the data together. They’re really well versed in knowing health care and knowing their populations, but they’re not trained to bring data together and understand why it’s difficult to merge and aggregate. That’s what we do well, and so some of these problems that we’re seeing are quite simple.

Hopefully, it’s showing what is possible, and also just some of the design techniques and how you can make something so that you don’t really need any training to use it.

GCIO Mag: And coming from the private sector, do you think this is an innovative and effective way for industry, academia and coders to get involved with government?

Walsh: I think so. For us it feels like you’re doing something really positive and impactful. And I think for the agency, they’ve got a few hundred developers here, essentially for a relatively low amount.

GCIO Mag: Did you have any strong words of advice for your team going into this?

Walsh: The biggest piece of advice I had for my team going in was let’s see what we can understand that exists today, because we don’t want to spend our time building something that already existed. That would be kind of disheartening, so we really wanted to create something that was new, something we felt like would have the widest impact it possibly could.

The interview has been edited for clarity.