Government officials from the Executive Office of the President and the Defense Department discuss the state of AI adoption and implementation.
Connor Collins 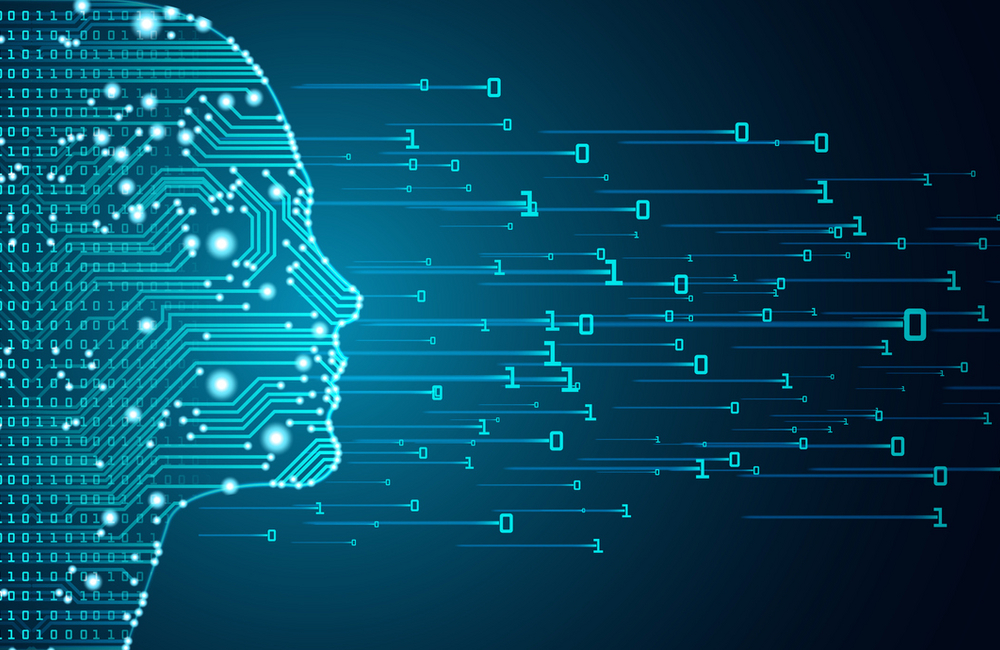 With the prevalence of AI spreading across numerous industries in various applications, top government technology officials emphasized a need for government to hasten AI adoption or risk failing.

Referencing notes held on a tablet, Federal CIO Suzette Kent exemplified IT modernization efforts — albeit on a small scale — as she discussed the state of AI in the federal government at the AFCEA Washington, D.C. Artificial Intelligence and Machine Learning Tech Summit in Washington, D.C. Wednesday.

Understandably, the scope of the federal CIO is wide, and AI is merely a part of a wider system that includes IT modernization, digital transformation, data, accountability, transparency and building a technically savvy workforce for the 21st century. Even within AI there are many avenues to explore.

“There are so many elements to how we actually change the game, how we ensure that the United States stays the leader in this area,” Kent said.

Despite the demands of these sometimes disparate, sometimes interrelated features of the federal government enterprise, Kent and other federal officials, both elected and appointed, have committed to tackling AI head on.

Kent pointed to the transformative nature of AI across the board, from national security to agriculture, medicine and transportation, as the reason why the federal government is making its current AI push.

“The transformative capabilities we’re talking about now help us solve some of our most complex problems, faster and in ways that we couldn't even imagine many years ago,” Kent said.

In addition to all of the potential benefits of AI adoption, Kent clarified that we must also develop our understanding of these technologies to protect against being exploited by them.

So how does the government realize its ambitious AI-related goals?

Kent highlighted a few key ways, or “hows” as she called them, to adopt and implement AI. The first “how” involves leveraging and synthesizing modern technology, mature data practices, people and human-machine interaction and the extensive use of data. The President’s Management Agenda (PMA) encompasses all of these elements, and Kent specifically emphasized the importance of data.

Kent discussed data, policy and interagency capability-building, calling them the foundational layers of AI in the federal government. Kent labeled data as the toughest of those three layers to address in terms of investment needed. However, laying the foundation for robust data collection and analysis, along with wrestling with privacy concerns and the ethics of AI technologies, will be crucial, according to Kent.

The second “how” is broad stakeholder support. Kent listed examples of recent efforts that indicate the federal government’s commitment to AI, including the IT modernization and data Cross-Agency Priority (CAP) goals available on performance.gov, the February 2019 Executive Order on Maintaining American Leadership in Artificial Intelligence, the creation of the president’s Select Committee on AI, the creation of the National Security Commission on AI in the 2019 National Defense Authorization Act (NDAA) and congressional efforts.

“This is a priority for all of us, all of us as Americans, across the board,” Kent said, and it’s easy to see what she’s talking about with the above long list of recent AI initiatives and efforts.

The third “how” is simply taking action. Empowering agencies to take action to move AI implementation forward will invariably spread across the government enterprise as successes are achieved and shared.

Captain Michael Kanaan, co-chair of artificial intelligence of the U.S. Air Force, offered another way to supercharge AI not only in DOD but across the federal government.

“The first thing to do is start attacking bureaucracy with bureaucracy,” Kanaan said.

Addressing how the federal government seeks to leverage AI across the enterprise is key, but the timeline for AI initiatives, the “when,” is also important.

Kent explained that because of the lengthy timeline of AI innovation and implementation, the government has to ensure that it invests in education to build technical capabilities in the workforce across generations, calling it “a long term marathon.”

“It’s not just something we’re going to be talking about today, tomorrow, a fad for a couple of years, this is the direction that we’re going long term,” Kent said.

On that long-term path, near-term problems will surely arise, and some already have.

Kent addressed one of these near-term problems commonly discussed alongside AI implementation: workforce displacement. Kent emphasized the importance of understanding the impact that AI technologies will have on the workforce in order to better prepare for the future.

Reframing the dialogue around AI-augmented work, such as with robotic process automation (RPA), may be an important step in clarifying how people and AI technologies will interact and complement one another in the workplace.

In terms of where AI is headed within the federal government, Kent shared that AI priorities for agencies in 2019 will be released in the coming weeks.

“Across the agencies, we’re using pilots and special initiatives to evolve our thinking about how to bring data and technologies together,” Kent said.

The increased level of AI-related activity within agencies and Congress demonstrate that the federal government is taking AI seriously. There may always be improvements to make, but getting started may have been the hardest part.

As far as where the federal government goes from here, Kent made it clear that any path forward incorporates AI.

“Our intent is to accelerate,” Kent said.

AI in the DOD

Kent’s colleagues in DOD echoed her about the integral and transformative nature of AI.

Robert Work, former deputy secretary of defense and current senior counselor for defense and distinguished senior fellow for defense and national security for the Center for a New American Security (CNAS) and recently appointed co-chair of the National Security Commission for Artificial Intelligence, discussed the broad trajectory of AI within DOD, starting with the implementation of the Third Offset Strategy.

In November 2014, then-Secretary of Defense Chuck Hagel announced the Defense Innovation Initiative to build toward the military’s Third Offset Strategy, according to Work.

“The central thrust of the Third Offset Strategy was to initiate a broad effort across the department to exploit advances in machine intelligence,” Work said. That effort would come to be loosely defined as algorithmic warfare.

“By aggressively pursuing these five things throughout the joint force, the Third Offset Strategy would lead to a new type of algorithmic warfare,” Work explained.

Recent advances in AI and autonomous systems appear to validate the initial premise of the Third Offset Strategy to focus on exploiting machine intelligence for defense purposes, according to Work. Examples like Google’s AlphaStar and AlphaGo programs, the latter of which beat a world class professional Go player in the notoriously complicated board game, demonstrate recent advances in AI that exceeded expectations for the progress of AI technology.

Work rebuked that kind of thinking.

Work unapologetically emphasized DOD’s intent to pursue AI-enabled military technologies despite potential backlash. The capability of these emerging technologies to reduce deadly or violent conflict is so high, and DOD will hold AI-enabled weapons systems to the same high standard when deployed in the field, according to Work.

“I would argue that the United States military is the most ethical military force in the history of warfare,” Work said. He explained that any AI-enabled weapon systems would need to adhere to the law of war and its principles of distinction and proportionality, adding that any fielded AI-enabled weapons must allow operators to apply human judgement in cases of potential lethal use of force.

Moreover, failing to adopt and implement AI for military use would dramatically disadvantage the U.S. on the world stage, according to Work.

“Both China and Russia have determined that pursuing these technologies will potentially allow them to leapfrog the United States in military capability,” Work said. “So whether we like it not, we find ourselves in the Department of Defense in a heated competition on how to best exploit machine intelligence for military advantage."

The likely winners of the AI competition will introduce and implement technologically assisted operational frameworks and the new organizations to leverage AI technologies for military advantage, not necessarily the side with the “best AI,” Work said.

“If we’re going to succeed against a competitor like China that is all-in in this competition … we’re going to have to grasp the inevitability of AI and adapt our own innovation culture and behavior so that AI has a chance to take hold,” Work said. “We don’t need to plan big plays; we need a lot of plays going on simultaneously."

Regarding the future of the U.S. approach to implementing AI in the military, Work offered a succinct piece of advice often given to political candidates, “Run your race like you’re losing."

Kanaan offered a similar take on how DOD can confront cultural challenges of the AI arms race, “Stop acting like a champion and think like a contender."

Indeed, federal stakeholders have already responded in the race to adopt AI technologies in DOD. In June 2018, the Joint Artificial Intelligence Center (JAIC) was established under the authority of the DOD CIO in response to section 238 of the 2019 NDAA as the focal point of DOD AI strategy.

The logic behind JAIC is simple: consolidate the many AI-related efforts siloed in different programs across DOD to bring AI initiatives to operational capability rather than being stuck in research and development, according to JAIC Director Lt. Gen. John N.T. “Jack” Shanahan, who previously directed Project Maven.

Shanahan and JAIC have four overarching goals, including accelerating DOD’s adoption and implementation of AI technologies to execute missions on an enterprise-wide scale, establishing the foundation for scaling AI and its impacts across the department, synchronizing AI efforts and building the best AI teams.

To execute those four goals, JAIC is focusing on building capacity, managing and cultivating talent, emphasizing culture and data, creating AI-ready teams and organizations, highlighting mission relevancy and accounting for oversight authorities in everything it does.

Like Kent, Work and Kanaan, Shanahan emphasized the importance of AI adoption and implementation for the U.S. moving forward.

“If we project 20 years into the future, and we’re on the cusp of a major conflict with a peer competitor, if at that point, we have a truly AI-enabled DOD force, that by itself will not imply that we will win the conflict," Shanahan said. "If we don’t have a fully AI-enabled force, we will incur an unacceptably high risk of losing."