Keys to Supporting a Diverse Workforce in National Security 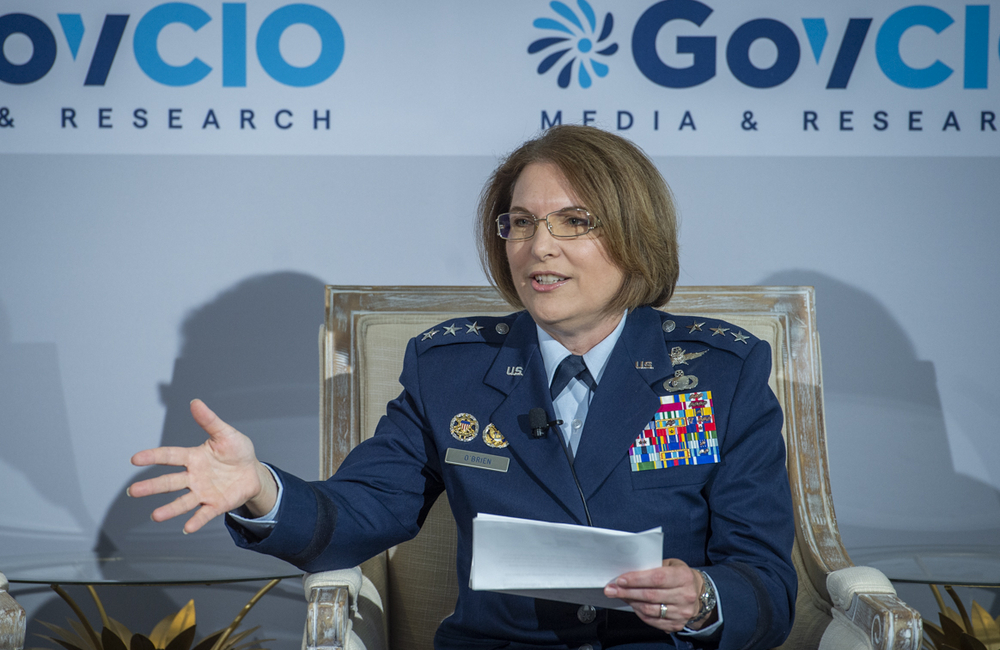 A diverse federal workforce is better equipped to serve the public and address critical issues like national security, according to a new report from the Equal Employment Opportunity Commission. But it's not enough to simply recruit a diverse workforce — federal agencies must ensure that their employees are empowered to do their best work.

"Part of countering new threats and keeping all of our friends and family safe is not thinking about things the way we always have,” Cynthia Kaiser, Federal Bureau of Investigation's (FBI) cyber division section chief, said at GovCIO’s Women Tech Leaders event Thursday. “That is where I think diversity comes in. Diversity of experiences; diversity of backgrounds. Diversity of gender, race and diversity of thought. … Diversity isn't just assimilation of people who look different. It's actually welcoming new ideas.”

Air Force Deputy Chief of Staff for Intelligence, Surveillance, Reconnaissance and Cyber Effects Operations Lt. Gen. Mary O'Brien — who was nominated as Joint Staff CIO — says that, as a mother, using technology to solve problems at home helped her learn about emerging solutions.

Both O'Brien and her husband served in the military, and over the past 20 years, she's had to stay nimble to keep her family connected. When her husband was deployed, she would send photos and videos of their children to him across the world with whatever technology was available at the time.

"I was always trying to solve for storage bandwidth, the data formats, upload speed, the actual cables," O'Brien said.

In order to stay connected, she also became an early adopter of VPNs and platforms like Skype. This experience was an asset to her at work.

"Every time I would run into a challenge trying to solve these problems, I was like, 'Oh, I bet there's a technology out there,’” she said. “That has helped me understand the technology as we bring it in to DOD. As much as I'd like to brag about DOD being a leader in technology, we have some work to do in that area, and that's part of my job."

Still, it's not always smooth-going for women coming up in the workforce. For Kaiser, an important part of mentoring younger women is being honest with them about issues they might face such as unconscious bias.

“In thinking about promoting diversity in my own organization, one of the main things that we can is to have honest conversations with the women that we're mentoring,” Kaiser said. “To say, you might have to work a little harder here. Is that fair? No. Is anyone doing that on purpose? No. You might encounter some unconscious bias, and we owe it to women that are coming up in the workforce to just be honest about that.”

Kaiser also promoted “unconscious bias intervention” as a way of establishing a better workforce environment for the future, something that Defense Department (DOD) Principal Deputy CIO Kelly Fletcher could attest to.

“When I was the acting CIO of the Department of the Navy, I was on a panel like this one,” she said. “And a man stopped me and said, ‘Thanks for coming in. That was informative.’ And then he said, ‘You just don't look like the Department of Navy CIO.’ And then he realized; he looked very uncomfortable. I said, ‘Well, we're both learning something.’”

While incidents like this one still happen, Fletcher wants younger women in the federal workforce to know that people are responding to their own unconscious bias and changing their behavior.

“I think in his experience, he had maybe never met a female CIO and especially a young female CIO," Fletcher said. "I'm encountering that all the time. And I think being honest, ‘I'm encountering it,’ and then also noting that I think this is changing. That guy, I think that he's never going to say that to another female CIO.”