How to Keep US Competitive in AI for National Security 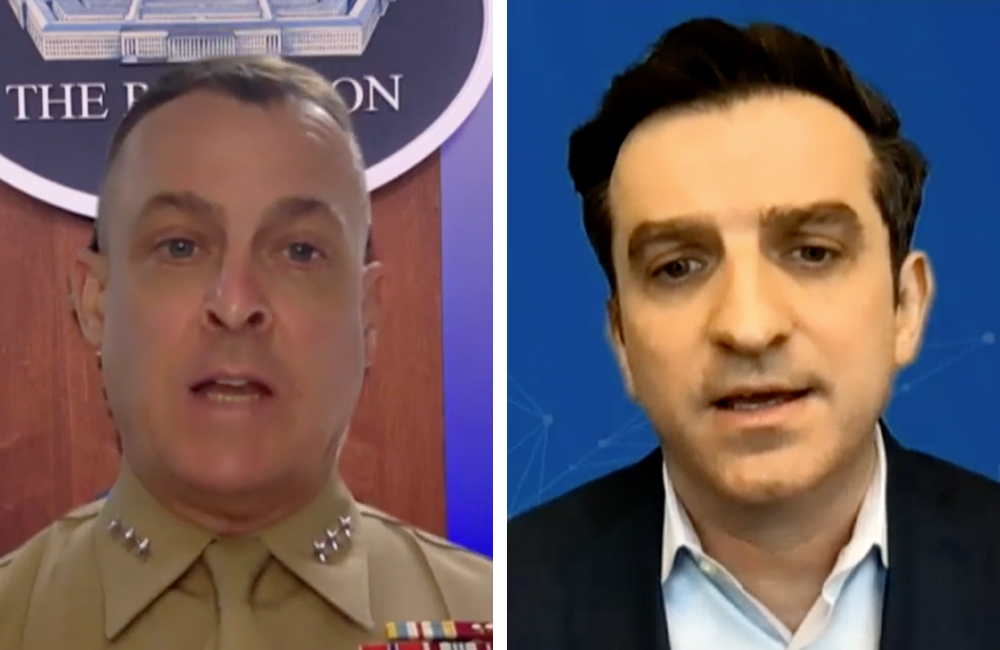 “We spent a lot of time in the last few years analyzing where are we,” Bajraktari said during a fireside chat on AI and national security, referencing the commission's recently released NSCAI report it presented to Congress Friday.

The report lists six components to determining AI readiness: hardware, data, algorithms, applications, talent and the ability to integrate the previous five, Bajraktari said. The U.S. is a leader in some components, but not in others.

For example, the U.S. leads in hardware, but holds a very slim lead in algorithms. China trumps the world in data, but just barely beats the U.S. in applications.

JAIC is working hard to accelerate seamless adoption of AI across DOD to prevent the U.S. from falling behind.

“Some services are doing really well, some are in the early phases,” Groen said. “Of the 20 agencies that are part of the department, like [Defense Health Agency], [Defense Logistics Agency], [Defense Intelligence Agency], etc, some of them have good and growing mature AI efforts. It's not like we're starting from zero.”

"That’s unacceptable," Groen said. But it’s also a potential use case for AI.

“There is some really foundational digital modernization work that has to occur to make this possible. What's lacking is this idea of how do you coalesce these small AI developments into warfighting and logistics developments?” he said. “The Pentagon is designed to do things in stovepipes. It's purposefully built that way in the early days. Now our historic approach is a large program approach. That doesn’t work for AI. You need a software engineering model approach. You have to take good ideas from a mature technology environment that has AI and bring that into the department. It's working the machine backward. The common factor here is — it's not just about the tech, it's about functional experts owning AI.”

DOD already used AI to collect data across the Pentagon about which offices use AI or have AI applications in development.

“If you take a different approach to your process, imagine how much better it could be,” Groen said. “That's a tiny little example. To me that was just powerful because it's just right in your face: lets use AI to measure AI.”

In addition to DOD’s efforts, Bajraktari emphasized the importance of the White House and Congress acting on the NSCAI’s recommendations to supercharge AI funding.

“Over the next six months we should be able to socialize our recommendations,” Bajraktari said, adding that NSCAI already met with the defense secretary last week. “We will spend the next couple months really working with the House Armed Services Committee to see how many of these recommendations will make it into the next [National Defense Authorization Act]. We have about six months now to socialize and really see the execution of some of the low-hanging fruit recommendations. We hope the White House and Congress take real ownership and drive it from a top-down perspective.”

Bajraktari is optimistic about NSCAI’s efforts because of the overwhelmingly positive response he’s received from Washington.

“I was surprised by the willingness and hope among many government officials to help us get our mission right,” Bajraktari said. “It was fascinating everyone understood that what we need to do right now as a country is to get AI right … and have the best tools for the next generation of competition.”