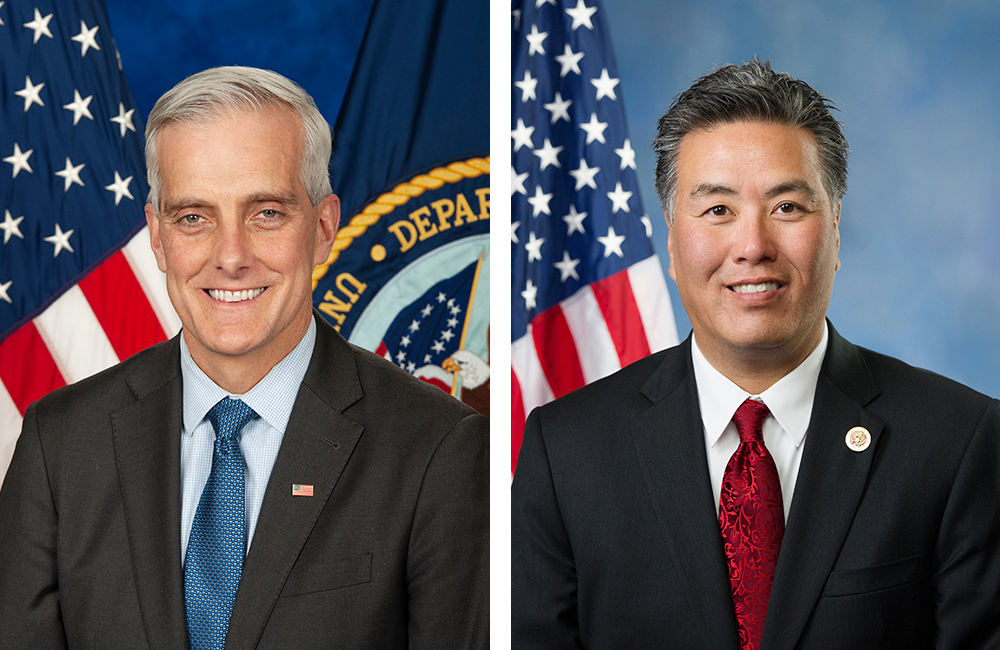 The Department of Veterans Affairs is looking to embark on an ambitious program of modernizing its care facilities amid support from Congress in President Biden's proposal to revitalize American infrastructure and create jobs.

“The American people overwhelmingly support investments being made in upgrading VA medical facilities. Americans really do believe in honoring the sacred path that we've made to our veterans by setting aside the $18 billion to modernize VA health care facilities,” Chairman Takano said.

In discussing the scope of the veteran-focused allocations contained within the American Jobs Plan, Secretary McDonough noted how these investments bolster the VA’s priority goals of overhauling its facilities and improving the delivery of essential services. McDonough emphasized the importance of modernizing the VA’s health care network, especially considering how long many care centers have gone without major renovation.

“The median age of a private hospital in the U.S., on a national basis, is roughly 11 years old. The VA portfolio has a median age of 58 years old, and 69% of VA facilities are older than 50 years. So when you think about all the technology and everything else that we're moving into modern hospitals, you can see why we're so concerned about this footprint. A lack of modern infrastructure actually limits our ability to meet the evolving health care needs of veterans,” McDonough said.

McDonough outlined how attempting an ambitious health care modernization program without the executive support of the American Jobs Plan across outdated facilities would lead to mounting annual maintenance costs for the agency.

“What we call correction costs have doubled from about $11.6 billion in 2010 to a little over $22 billion in 2020," McDonough said. "Investing in health care infrastructure is about significantly expanding the breadth and depth of the medical services, but it's also about cost-effective investment inasmuch as we are spending a lot of money on upkeep of older facilities at the moment. And the kind of investment that the president's talking about will be critical in getting to modern facilities."

McDonough and Takano said they see the provisions outlined within the American Jobs Plan as just the start of a long-term infrastructure investment push, with legislators potentially looking to allocate additional funding based on further assessment of VA facilities.

“I think part of establishing trust going forward with the veterans community as it relates to [Veteran Service Organizations] is this established process of assessing all our facilities in a much more inclusive manner. That being said, the independent budget estimates that we really need investments of closer to five times as much as the $18 billion that's on the table," Takano said. "There's more to do, and I fully expect that this administration is going to establish a process, and get a process on track of these market assessments and build the trust we need."

The VA recently received $17 billion in support of its nationwide response to the COVID-19 pandemic in Biden's March 11 American Rescue Plan, which focused on pandemic-related financial assistance to affected veterans.