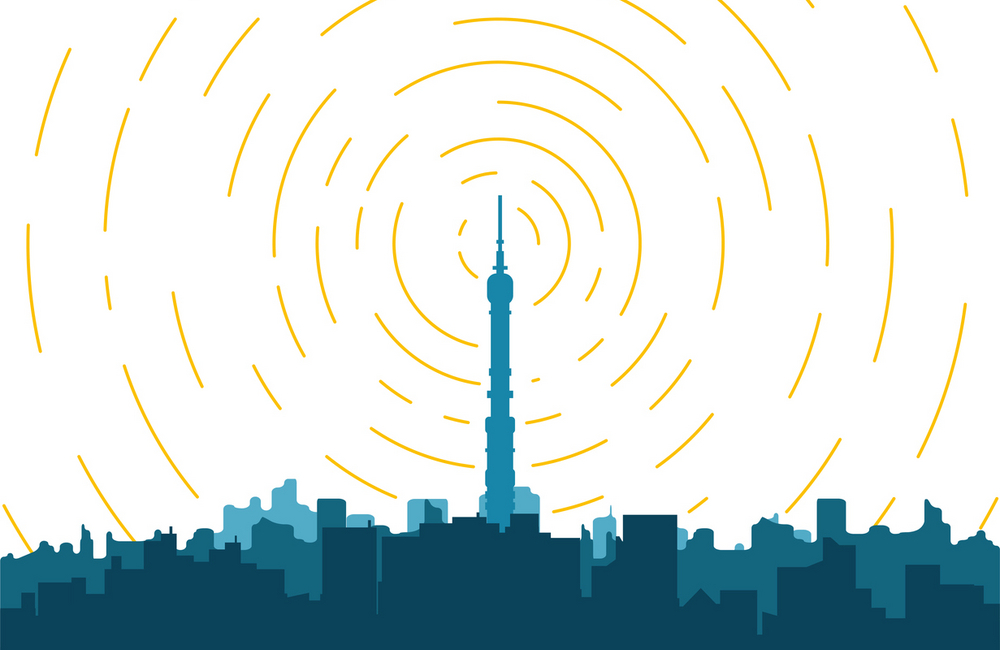 It’s no secret that the electromagnetic spectrum is short on elbow room, as the number of devices and services that tap into the range of frequencies that accommodate wireless transmissions continues to grow.

The number of mobile phone users worldwide is approaching 5 billion, according to Statistica. Devices connected to the ballooning "internet of things" are expected to total more than 30 billion by next year and, like cell phones, continue to grow, topping 75 billion by 2025. Add to that satellites for things like GPS, surveillance, weather observations, bandwidth for aircraft communications, emergency response, ground transportation and scads of other other uses, and it’s easy to see that demand is threatening to overwhelm supply.

The spectrum is what it is — the government can’t make more of it. And bandwidth has already been pretty well sliced and diced into designated uses; a look at just the U.S. frequency allocations makes an NFL coach’s mad-scientist play chart look like a bingo card. So the Federal Communications Commission, the Defense Department and others have made a priority of better efficiency in using the spectrum and are looking to employ artificial intelligence technologies to make it happen.

Increasing efficiency will rely in large part of finding ways for organizations — both private and public — to better share spectrum, which can be a dicey concept in an environment where every user feels they ought to have prominence. But the National Institute of Standards and Technology (NIST), the FCC and the Navy recently demonstrated a way that AI systems — in this case, deep-learning algorithms — can make sharing spectrum a lot easier.

A Puzzle with Moving Pieces

NIST researchers focused on a 150-megahertz (MHz)-wide slice of the spectrum pie that is of interest to both military and commercial users — the 3.5 Gigahertz (3.5 GHz) Band, also known as the Innovation Band. The Navy has dibs on the frequencies for offshore radar operations, but the FCC’s Citizen Broadband Radio Service rules allow commercial use when the Navy doesn’t need it. Long-term evolution (LTE) providers like AT&T, Google, Qualcomm and Verizon, among others, want to use the band because it can provide better coverage and data rates in areas where service has been weak. The trick is to quickly identify when it’s time for commercial users to clear out and notify them to allow for a seamless transition.

Working with the FCC and Navy, NIST showed that its deep-learning algorithms worked far better than existing methods at detecting when offshore radars are in operation, an important step in making this type of spectrum sharing a reality. The researchers’ study was reported in the IEEE Transactions on Cognitive Communications and Networking journal.

“This will be the first time that commercial broadband users share spectrum dynamically with government users, and if it works, the FCC may allocate other currently protected radio-frequency bands for shared use,” Michael Souryal, lead for the spectrum sharing support project within NIST’s Communications Technology Laboratory, said in a NIST release. “More spectrum sharing could provide less-congested wireless channels for densely populated areas and more reliable connections for advanced communications needs such as 5G wireless and internet of things applications.”

NIST said its next step is to improve performance by training the AI detectors with higher-resolution, more-detailed radar data. The results also can offer a model for other spectrum-sharing efforts to follow.

Limits of the RF spectrum have been known for about as long as there have been radios, and managing availability has always been a Rubik’s Cube type of challenge. The American Association of Advancement of Science, for instance, complained about radio astronomers being squeezed out of available radio bands — in 1959. More recently, problems with frequency conflicts have emerged in places such as Iraq, where Marine units found that jamming signals they used for preventing improvised explosive devices from going off also took out their own communications with a convoy.

The National Telecommunications and Information Administration, which regulates government use of the spectrum, last April launched the Spectrum Sharing Innovation Test-Bed, a five-year pilot program to explore increased spectrum sharing among federal and non-federal users.

Efforts to employ AI to make better use of the available spectrum include programs such as the Defense Advanced Research Projects Agency’s Spectrum Collaboration Challenge (SC2), which DARPA bills as “the world’s first collaborative machine-intelligence competition to overcome spectrum scarcity.”

In the competition, which kicked off in 2016, participants employ machine learning to find the most efficient ways to use the spectrum adroitly, in what DARPA describes as the fluid environments of the battlefield, where demands for spectrum can shift from day to day or moment to moment. At SC2’s second preliminary event in December, which involved 15 teams competing across 105 matches, machine intelligence took a leap forward, just as it did in NIST’s tests. "For the first time, we saw autonomous collaboration outperform the status quo for spectrum management," Paul Tilghman, the DARPA program manager leading SC2, said at the event.

Six teams came away with $750,000 in prize money, and all 15 are eligible to compete in SC2’s grand finale, which will be held at the three-day MWC19 telecommunications show in Los Angeles, where top prizes of $2 million, $1 million and $750,000 will be awarded.

As more wireless devices and services pile onto the relative pinhead of the electromagnetic spectrum, the ability to share space for divergent purposes will become increasingly important. AI systems that can discover more efficient ways to share could be the key to providing priority signals with a clear channel whenever needed.