Hot Clicks: Welcome to the World of Transhumanists and Cyborgs Skip to main content

Hot Clicks: Welcome to the World of Transhumanists and Cyborgs 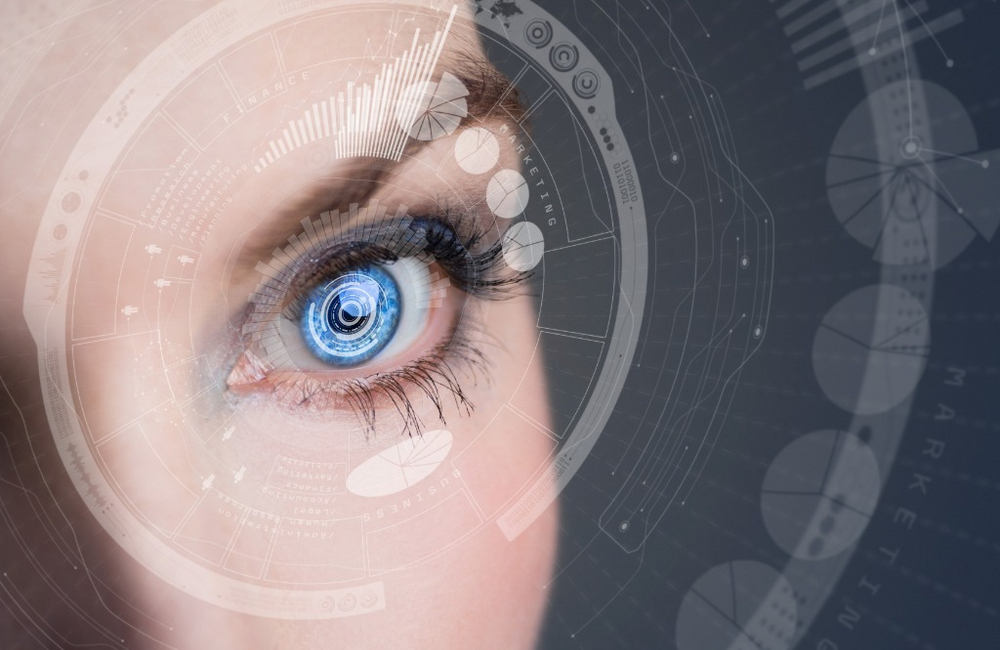 The term “transhumanism” comes from the belief that humans can transcend the limits of mortal bodies, and in today’s world, that can mean life extension, body hacking, virtual reality, artificial intelligence and biotechnology — an area people are getting into. A swiss photographer traveled the world capturing transhumanist activists, coming across a self-declared cyborg who fixed his color blindness with an implanted prosthetic sensor in his skull to convert colors into sound waves, and a man who implanted a magnet into his middle finger to have an extra sense. The photographer visited a lab that is implanting electrodes into the spines of paralyzed rats so they can walk again, and found augmentation products like anti-aging light therapy masks and microchips implanted under the skin that connect with electronic devices. But there are concerns surrounding transhumanism and what it means for economic inequality. Wired

Exploringing Our Own Minds to Make AI Better

A new AI project called the MIT Quest for Intelligence combines computer scientists and engineers with neuroscientists and cognitive psychologists to find out what will lead to fundamental progress in AI. According to the head of the project Josh Tenenbaum, that might look like a machine that starts off like a baby and learns like a child. “If we could do this it’d be the basis for artificial intelligence that is actually intelligent, machine learning that could actually learn,” Tenenbaum said at a MIT Technology Review conference. While progress has been made in AI, he said none of these programs are truly intelligent, and are missing the common sense and general intelligence of a two year old. So, he’s looking to fill that gap by exploring cognitive science to understand human intelligence. This work has taken him to exploring how small children visualize aspects of the world using 3D modeling. The Quest for Intelligence team is also looking into the societal impact of AI. MIT Technology Review

Want to Live in an Igloo on Mars?

These igloo-type structures are Mars outposts, and it’s an idea from researchers at Switzerland's Federal Polytechnic School in Lausanne. They would be placed near the planet’s north pole, because the region is famous for its layered deposits of ice and dust, and of perchlorate — which is commonly used as rocket fuel. These outposts would allow astronauts to take advantage of the solar energy in the poles, and would host humans on the surface for the 288-day stretch when the area is continuously sunlit. It’s being called an igloo because it would be covered by a dome made of polyethylene fiber, and covered in a 10-foot-thick layer of ice. The central core and living space would be under the dome with three capsules serving as airlocks between the space and exterior — preserving internal atmospheric pressure and protecting astronauts from radiation and micrometeorite strikes. The explorers would then have to harvest water, oxygen and nitrogen from the surrounding ice. Space.com

The Federal Emergency Management Agency is testing a new “presidential alert” on Sept. 20 that will allow the president to send a message to every phone in the U.S. in the event of a national emergency — and unlike other state and local alerts, you won’t be able to opt out of this one. This is the first nationwide test of the presidential alert, an authority included in the WARN Act in 2006 which created a state-of-the-art emergency alert system to replace an older infrastructure, and move away from television alerts to mobile technology. The alert uses the Wireless Emergency Alert system, so anyone with a cell service will get the message to their phone.

The message will read, “THIS IS A TEST of the National Wireless Emergency Alert System. No action is needed,” and it’ll be sent out at 2:18pm ET. TechCrunch

Are We Ready for Moon Villages?

The idea of lunar settlement and a “cislunar economy,” which is the region near the moon, is being discussed amongst federal space agencies and private companies, and although people may be ready for it, laws may not be. Founder of Amazon Jeff Bezos proposed the idea of Blue Moon, a cargo lander that will take five metric tons of cargo and softly land it onto the lunar surface. Bezos said he’ll do it even if NASA doesn’t, eventually, but a partnership would get us there faster. But NASA is planning a trip to the Moon and a gateway space station in lunar orbit, and the European Space Agency is also planning an international “Moon village,” so Bezos isn’t alone. But it’s still unclear what legal framework would be used to guide the creation of an economy and society outside Earth, especially an international law that would support, say, the ESA’s moon village, Bezos’ Blue Moon concept, and China’s staging area for deep space operations. Who claims ownership of certain Moon parts? Motherboard