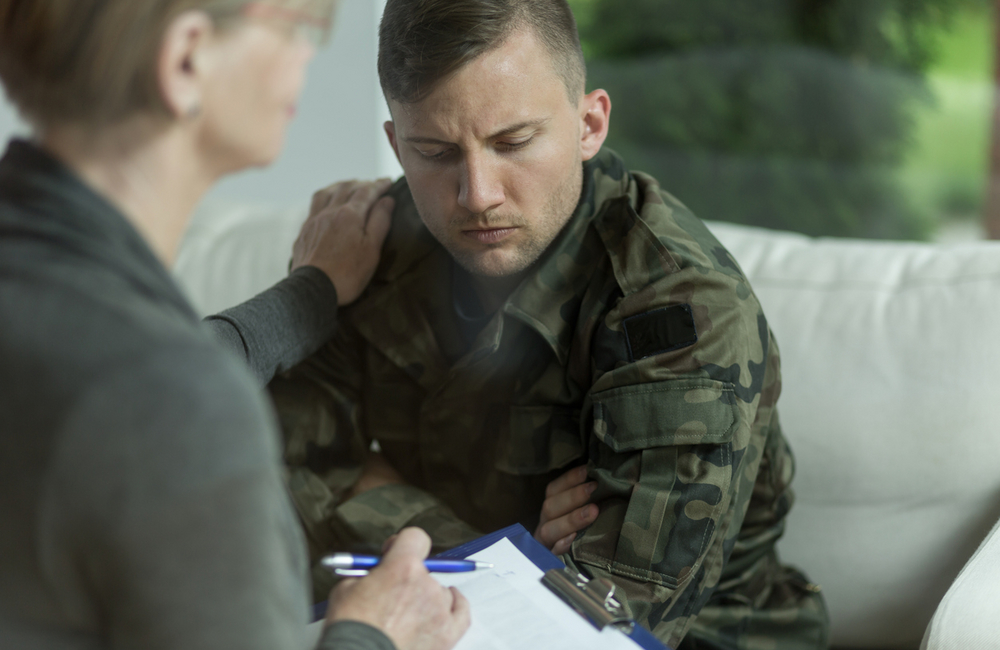 Service members are more likely to open up about PTSD symptoms to a virtual interviewer, rather than on Post-Deployment Health Assessment surveys, according to Defense Advanced Research Projects Agency-funded findings published in Frontiers in Robotics and AI. The virtual therapist is an artificially intelligent avatar rendered in 3-D on a TV screen.

This willingness to share is largely because the AI interviewer provides anonymity and rapport. The post-deployment survey isn’t anonymous and the results go on vets’ records. And while paper-based surveys are an option, they lack the relationship and sense of care and help.

The virtual interviewer Ellie was tested on returning troops from Afghanistan. Ellie uses machine vision to interpret a person’s verbal and facial cues and respond supportively, and it knows how and when to perform sympathetic gestures. The results: Interviewees reported significantly more PTSD symptoms in the interviews with Ellie than they did on their official post-deployment surveys. They also shared more with Ellie than they did on an anonymized version of the assessment, suggesting a virtual therapist could really help vets. Wired

It’ll happen in the next few months, but the problem is, no one knows where it’ll crash. The space lab, called Tiangong 1, launched in September 2011 and was China’s first space lab. It meant to be a prototype for a permanent space station, but now the 8.5-ton lab is “hurtling down to Earth,” and it could crash anywhere.

Chinese officials confirmed they lost control of Tiangong 1 in September 2016, and said the lab would re-enter Earth sometime between October and April 2018. Though much of the lab will burn up during its fall, pieces weighing 220 lbs could still hit Earth.

This won’t be the first time large spacecraft have uncontrollably come back to Earth, but it’s nearly impossible to estimate where they will land. The Washington Post

Thanks to an upward online dating trend going back to the 1990s, more than a third of today’s marriages start on the internet. According to a study that explores the nature of the networks that link people, couples used to meet through mutual friends, in bars, at work, in educational institutions, at church or through their families. But now, online dating is the second most common way for heterosexual couples to meet, and the first for homosexual couples.

When people meet strangers online, it creates social links that did not exist before. So, researchers stimulated online dating network models and compared the results to actual data, and found the rate of marriages created by interracial couples has increased with the spike of online dating popularity (especially after Tinder).

And research on the strength of marriages found evidence that married couples who met online have lower rates of breakup compared to those who met traditionally. This is good news for society. Technology Review

And it’s happening on the campus of l'Ecole Polytechnique Federale de Lausanne in Lausanne, Switzerland, by Mental Work Industries. This might sound like scene out of a movie, but brain-computer interfaces — and the ability to control things with your mind — isn’t as far out as you’d think. Implanted BCIs are already used to restore limb movements in paralyzed patients, and Elon Musk has raised millions of dollars to build BCIs with his new company Neuralink.

In the brain-controlled factory, visitors are turned into “futuristic factory workers who control manufacturing processes with their mind.” The workers put on an electroencephalogram headset to measure electrical activity in their brains. The factory’s BCIs detect these neural signals and algorithmic analysis of the signals transform cognitive activity into physical action, according to the school’s neuroscientist José Millan.

Workers actually operate a slider crank by imagining the movement in their hands, and make their way down an assembly line of three brain-controlled machines (including the speed of the machines and ultimately complete control). Motherboard

In fact, one program designed by the machine scored higher on a task than a human-made software did. Though the AutoML only writes programming for basic AI tasks so far, it aims to eventually pull off tedious and more highly complicated tasks so engineers don’t have to.

If (or when) Google reaches this point, it could free up engineers’ time to focus on more ambitious projects, advancing the rate at which AI is implemented in other industries, like health care and finance. Google CEO Sundar Pichai also said AutoML’s methods could allow more engineers and students to work with AI tech without having the specific (and rather advanced) programming knowledge to build and create AI systems from scratch. Slate