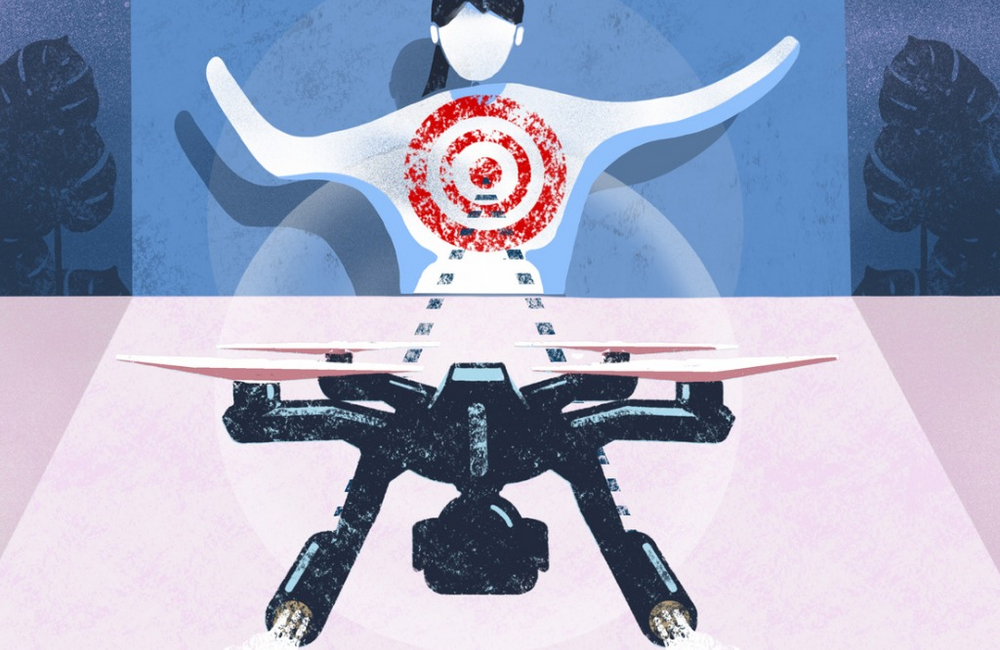 SpaceX CEO Elon Musk, three co-founders of Google’s DeepMind subsidiary, Skype founder Jaan Tallinn and some of the world’s most prominent artificial intelligence researchers have signed a pledge promising to not develop lethal autonomous weapons. It’s an effort from an unofficial worldwide coalition of researchers and execs who aren’t into the whole AI-as-a-lethal-weapon-system thing, and was organized by the Future of Life Institute that works to mitigate risks to humanity.

The pledge states these kinds of systems pose moral and practical threats, because a machine shouldn’t decide to take a human’s life on its own. And regardless, spreading them could be downright dangerous. Efforts to gain support of international regulation of AI weapons haven’t been working, and there aren’t really any limits on the development of AI for military use yet — and that’s partly because it’s still hard to define what does and doesn’t constitute an autonomous system.

The institute has helped send letters calling on the UN to consider regulations on lethal AI weapons, but this is the first time tech leaders from around the globe are pledging to do so individually. The Verge

Facebook, Google, Twitter and Microsoft are teaming up on an open-source project to make it easier for users to transfer data between each platform. It’s called the Data Transfer Project, and when complete, it will let data seamlessly go from service to service without having to be downloaded and uploaded each time.

Typically, users have to export and download their data, let their data live on their hard drive before porting it over to another service. But with this type of interoperability, users won’t feel like they’re selling their souls — or their data — to just one service or platform.

The project’s first iteration facilitates data transfer of email, calendars, tasks, contacts and photos, and includes Google, Facebook, Instagram, Twitter, Microsoft, Flickr, SmugMug and the list app Remember the Milk. The project already has a website and the code for the project is on GitHub, but the project itself is still in development. Mashable

The state’s leaders want a single authority to manage the electric grid for most or all of the west, claiming the plan will cut costs for consumers by as much as $1.5 billion a year and help increase the use of carbon-free power sources. The state currently receives power produced in other states, but Gov. Jerry Brown, who has been encouraging state legislature to pass the plan, wants California to have authority over the flow of electrons across the region.

The problem is, California deregulated the delivery of electric power 20 years ago to lower consumers’ bills, but the plan was a bust. It created an energy crisis that caused power bills to skyrocket and served banks and utilities with billions of dollars in penalties for manipulating the electricity market. Ultimately, Congress had to pass laws to prevent this from happening again.

This EVTOL car carries five passengers and goes 250 mph for 500 miles. Rolls-Royce is shooting to have the vehicles airborne by the early 2020s, and said a prototype will be out in the next 18 months. (Uber also plans to have its network of flying taxis in Dubai and Texas by 2020.)

The company’s concept vehicle will be powered by six electric propulsors designed to produce low-noise, and the vehicle’s wings will rotate at 90 degrees so it can take off and land vertically, according to Rolls-Royce. When the vehicle reaches its cruising height, its propellers fold away and rear propellers keep it going. The vehicles intend to fill the void in overtaxed transportation systems in crowded cities, and can even be adapted for military purposes, according to the company. The Washington Post

Before the beauty of bots and the internet, large retailers and small companies alike would send “mystery shoppers” to competitors’ stores to compare prices and scope out the competition. Online, you don’t need a human mystery shopper, and with the number of products retailers have nowadays, it’s not feasible anyways. So, companies are turning to softwares that scan rival websites to collect prices so they can adjust their prices. This form of online mystery shopping is called scraping.

Massive retailers like Amazon and Walmart have their own teams completely dedicated to scraping, while others turn to retail price optimization companies that do the scraping for them. One of those companies, Competera, uses machine learning algorithms to help its customers decide how much to charge for certain products, depending on competitor prices.

But the two-way street of retail scraping means companies also want to prevent rivals from scraping their own prices and protect intellectual property, so they’re also deploying defenses against scrapers. One technique is showing different prices to real people than to bots, but some softwares can mask bots to avoid detection. Another makes bots seem like they’re coming from smartphones. Hence, the back and forth scraper bot war. Wired