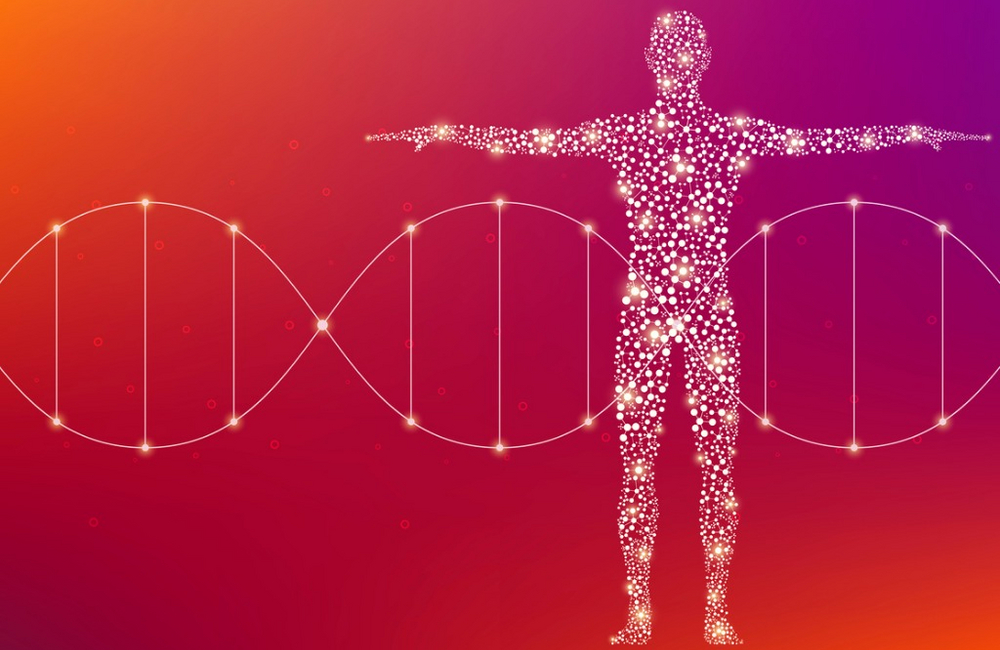 After spending a year on the International Space Station from 2015 to 2016, 7 percent of astronaut Scott Kelly’s genes did not return to normal after he landed. That’s according to NASA’s Twins Study with Scott and his twin brother, Mark Kelly.

Mark is also an astronaut, and researchers wanted to know what happens to the body after a year in space. So, they studied Scott in space psychologically and physiologically, and compared the results to Mark on Earth, and re-evaluated Scott when he landed. What researchers found was that space travel is linked to oxygen deprivation stress, increased inflammation and nutrient shifts that affect gene expression.

Some of these changes did go back to normal after landing, but some still affected Scott six months later. Some of his telomeres chromosomes became longer when Scott was in space, but most shortened within two days of his return. In fact, 93 percent of Scott’s genes returned to normal. The remaining 7 percent, however, could mean long-term changes in genes connected to the immune system, DNA repair, bone formation networks, oxygen deprivation and increased carbon dioxide levels. This was Scott’s final mission, but crucial information for the 3-year long journey it could take to get to Mars. Newsweek

You Can Hunt for Alien Planets From Home

Thanks to Google’s open source machine learning algorithm. In December, NASA discovered two new exoplanets hidden among data from the Kepler space telescope, which launched in 2009 to find exoplanets. But the planets were found by an exoplanet hunting neural network, after identifying patterns in the Kepler data that would have been almost impossible for a human to detect. Now, Google is making that algorithm open source, so anyone can download the code and help NASA hunt for alien planets with Kepler data.

The stars studied by Kepler are too far away to see an orbiting exoplanet, so astronomers rely on changes in the brightness of a star. When an exoplanet passes in front of a star, the star’s brightness temporarily dims, alerting the astronomer of the presence of an exoplanet. So, after four years of following 150,000 stars, Kepler produced too much data for astronomers to search through. They were able to limit the focus on 30,000 of the stronger signals, discovering 2,500 exoplanets, but leaving 120,000 weaker signals unanalyzed. Enter: Google’s trained neural network of 15,000 examples of exoplanet data labeled by NASA researchers.

Google researchers used it to analyze 700 of the weaker signals, discovering two new exoplanets. The code is available on GitHub with instructions on how to use it, to encourage further analysis of the Kepler data, and even pave the way for more advanced alien planet hunting tools. Motherboard

What is AI’s Hallucination Problem?

The deep neural network software behind AI can be fooled into perceiving things that aren’t there, with simple, subtle changes to images, text or audio. In the form of an attack, this is a problem, especially as tech companies increasingly implement AI into their products. And it’s an even bigger problem for vision-based products dependent on machine learning, like self-driving cars. Researchers are trying to build defenses that can stand against these types of attacks, but it’s not easy.

Even after ways to detect and defend this type of adversarial attack were proposed, a first-year MIT grad claimed to have “broken” seven of the 11 ideas, including ones from Google, Amazon and Stanford. So, exactly how to safeguard deep neural networks from hallucinations and sabotage is still unclear.

And though these attacks have only been demonstrated in lab experiments, they need to be met before they result in voice assistants spending money, or untrustworthy machine learning systems filtering online content. It could mean AI researchers adopting practices from security research, putting a stronger emphasis on testing defense techniques and exploring how the tech they create can be exploited. Wired

But to make it easier to understand, he uses $15,000 Beanie Babies (to describe value), chicken McNuggets, a video of crypto-entrepreneur and former child actor Brock Pierce and, yes, an explanatory rap music video. But the phenomenon of cryptocurrencies and its dramatic rise is noteworthy, because as Oliver says himself, “just a few years ago, you’d only hear about bitcoin from that one guy in your office who wouldn’t shut up about it.”

Average citizens are getting rich from buying digital currencies, so Oliver took it upon himself and his comical bits to explain the difference between all the related buzzwords, how they’re used and the technical usability issues that remain. It’s worth the watch — and the laughs. The Verge

Microsoft wants to help students in rural Hillman, Michigan, do their homework online, and is turning school buses into internet hotspots to do it. This experiment will use empty TV airwaves to send high-speed internet signals to the buses on the way to and from school. The company will need special government permission to demo because it wants to operate wireless equipment at a power level that could interfere with other communications, but said it’ll shut off automatically if the buses go outside the testing area.

In rural areas, connectivity is a problem. Hillman is a town of 700 people and of the region’s three satellite internet providers, only one provides the federal definition of broadband. By partnering with a regional internet provider, Microsoft can place broadband base stations along the bus routes, and install special radio antennas on the buses that communicate with the base stations over empty gaps between TV channels.

If students with poor connection at home have access to high-speed internet on the bus before and after school, they’ll be able to finish some assignments that require internet access. If the plan is approved, it would mark Microsoft’s eighth pilot for the “TV white spaces” tech. The Washington Post