Hot Clicks: The Moon is Getting 4G Skip to main content

Hot Clicks: The Moon is Getting 4G 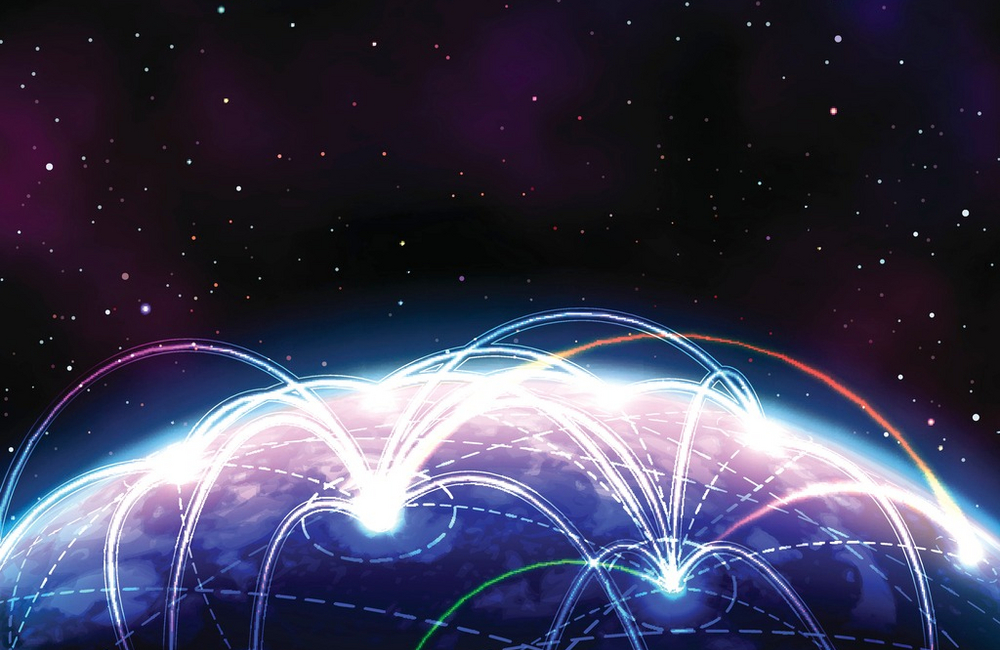 Vodafone Germany and Nokia are building the first 4G network on the moon in 2019 — but it’s not so astronauts can surf the web. The network is meant to support a private lunar rover mission by the Berlin team Part Time Scientists, or PTScientists. The group competed in the Google Lunar X Prize, a private race to the moon that ended with no winners, and its “Mission to the Moon” is still a go.

Specifically, the network will support two Audi Quattro rovers and their lander, the Autonomous Landing and Navigation Module. The team will launch them to the moon from Cape Canaveral, Florida, on a SpaceX Falcon 9 rocket in July.

The lander will use the 4G network to broadcast the first live HD video feed from the moon, and it’ll use a 1,800-MHz frequency band signal to reach a “global audience via a deep space link that interconnects with the PTScientists server in the Mission Control Centre in Berlin,” according to Vodafone’s statement. Space.Com, Vodafone

Drones Step Up in Puerto Rico

Hundreds of thousands of Puerto Rican citizens are still without power, and drones are helping to bring them back online. These aren’t your average photo-taking, video-recording drones, either. North Carolina-based company Duke Energy, which has had 200 volunteer workers in Puerto Rico since January, uses five drones operated by licensed pilots to actually lift power lines into place, search for broken utility poles and downed power lines under vegetation, string new lines over rough terrain and help ground crews do their jobs faster and safer.

That’s because some of the work Duke Energy’s crew was doing involved tedious and dangerous processes. Workers were looking for dropped power lines through the island’s tropical mountain forests, trying to re-attach power lines and using a gun to shoot the lines through the 1,000-foot gaps between utility poles.

Drones find the power lines faster, are able to maneuver between poles to “thread” the cords up the structures, and help put conductors in place. The crew is still involved with hands-on tasks, but the drones save time and money, while reducing risk. Wired

A Quantum Computer World is Coming

But what does that mean? The world anticipates the power of quantum computers to run calculations far beyond the reach of supercomputers, to crack the codes of cryptography and security, or blast artificial intelligence to its potential with advanced data crunching. We haven’t quite gotten there yet, but researchers are finally close to building quantum computers powerful enough to do things computers haven’t before.

IBM leads the quantum computing game, as it has been planting the roots for the “computer revolution” 50 years ago. Its Thomas J. Watson Research Center in New York is home to IBM’s current quantum computer model, which is built to create and manipulate the computer’s qubits (a quantum bit, or unit of quantum information) that store information. The computer uses superconducting circuits, where two electromagnetic energy states make up a single qubit, but IBM engineers are working on a version of the computer with 50 qubits.

Normal computers can run a simulation of a simple quantum computer, but at 50 qubits, it’s nearly impossible. So, IBM is reaching a point where quantum computers can solve problems a regular computer can’t — the ultimate goal — and that is quantum supremacy. There are still technical challenges to face with more qubits, and so much can go wrong with quantum computing, so the researchers are holding their hype.  MIT Technology Review

A group of eight internet artists virtually invaded the Jackson Pollock room of New York City’s Museum of Modern Art with their own art gallery visitors could see via their smartphones. The group calls itself MoMAR, and the augmented reality art installation is called “Hello, we’re from the Internet.” MoMAR is making a statement about exclusivity in the art world, democratizing open spaces and showcasing their work. The artists didn’t even have the museum's permission.

MoMAR’s artwork was overlaid on top of seven of Pollock’s paintings using augmented reality technology, and visitors could download the MoMAR app to see the art. The app was available on the Google Play Store, but didn’t make it into the Apple store in time, so MoMAR had backup phones ready with the app installed so visitors could still see the gallery. One of the AR installations, for example, turned a painting into an interactive game, and it even related to the original painting’s meaning.

The group isn’t worried about getting in trouble, and intends to run the installation for three months. After, MoMAR will look to include galleries from other artists. Motherboard

The credit reporting agency’s massive 2017 data breach affected 2.4 million more people than previously discovered, bringing the total number to 147.9 million consumers. That’s almost half the country, but how did they go undetected?

Well, the breach involves partial driver's license data, not Social Security numbers, so it took longer to identify this group. According to Paulino do Rego Barros Jr., Equifax's interim chief executive, they had to sift through previously identified stolen data, analyze information in the company’s databases that wasn’t stolen, and make the proper connections.

But the company is getting slack for not being transparent about the extent and damage of the hack, and not keeping computer systems up to date. It expanded its estimate in October by 2.5 million people, and had to answer questions on Capitol Hill about its errors and accountability. There’s even assumptions that even more types of identification were stolen, like passport information, which Equifax denies. So, the Equifax saga continues. The Washington Post