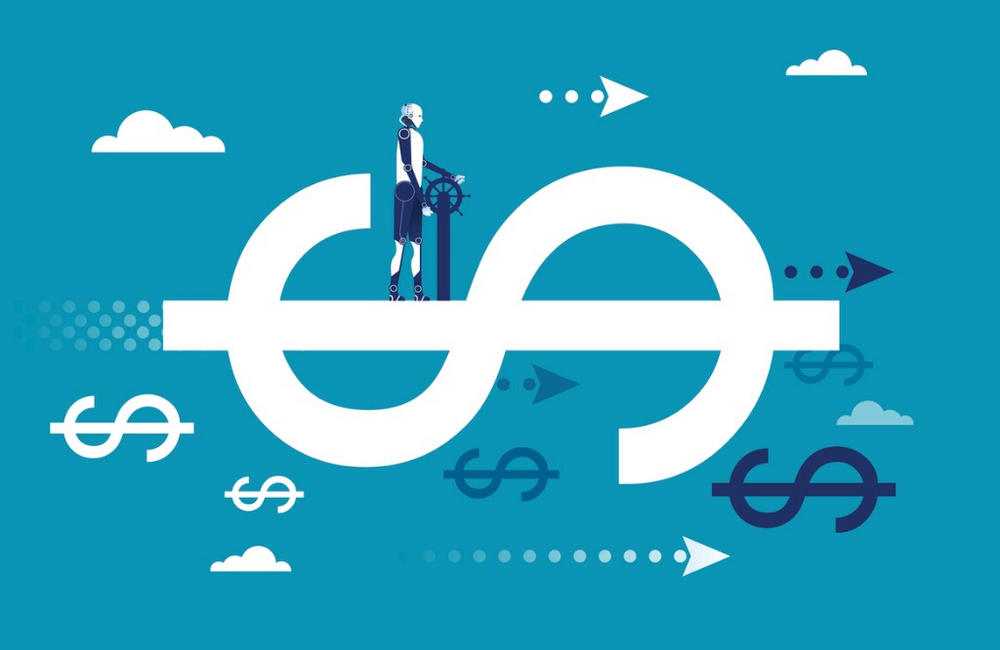 Well, $1.2 trillion, to be exact — the number global business from artificial intelligence is projected to reach in 2018, a 70 percent increase from 2017, according to a new Gartner report. And in 2022, that number could rise to $3.9 trillion. This is across all enterprise vertical sectors Gartner covers, and is based on three sources of AI business value: customer experience and its effects on indirect cost, new revenue and increasing sales of products and services, and cost reduction in producing and delivering those new or existing products and services.

The promise of AI falls on the advances in computational power, the increasing amount and diversity of data, and advances in deep neural networks. And Gartner’s Research Vice President John-David Lovelock said one of the biggest sources for AI products acquired by enterprises between 2017 and 2022 will be niche solutions that address a particular need really well, and business execs will be the drivers of investing in these products. But eventually, after 2020, the growth curve will flatten out. Gartner, Inc.

On April 14, 41 hackers from 11 countries came together for HackerOne’s live-hacking event in San Francisco to help Oath, a media and tech company, find and resolve its vulnerabilities. At the end of the 9-hour hunt, dubbed H1-415, more than $400,000 was rewarded and five teams won. Companies including Yahoo, AOL, Verizon Digital Media Services and TechCrunch all fall under the Oath brand, so it shouldn’t go without notice.

Oath’s security team worked with hackers to assess impact, find its vulnerabilities and patch them before an attack or adversarial exploitation. Ultimately, this improves the level of security maturity and readiness to handle vulnerabilities and threats, and builds more trust in the company. Middle and high school students even dropped by to learn about hacking for good and cybersecurity, and there was a career panel with Shopify, Oath, Salesforce and HackerOne. HackerOne

Last week, a global police operation took down Webstresser.org, the largest for-hire service that allowed customers to pay for cyberattacks, slowing and disrupting websites worldwide with its malicious cybertools. The administrators of the service were arrested in Britain, Croatia, Canada and Serbia, the site was taken offline and the hardware was seized in the U.S., Netherlands and Germany.

Customers paid for attacks on financial institutions, governments and law enforcement agencies using the Distributed Denial of Service, or DDoS, method. But most targets were American, as the U.S. was of the five countries most affected, according to Europol. DDoS attacks flood a site with requests to overwhelm it, and Webstresser was selling these services for 15 euros a month, giving anyone the ability to disrupt online services at anytime (thanks to the sharing of resources online, professional hackers are making it easy for inexperienced, not-tech-savvy people to carry out cyberattacks).

Webstresser had 136,000 registered users and orchestrated 4 million attacks, and is believed to have been the source of bank attacks in the U.K. This international collab was called Operation Power Off, and more global teamwork like this may be the answer to fighting the rise of cyberattacks in the future. The Washington Post

You know him as President Donald Trump’s lawyer, and on April 26, a five-page letter was released by U.S. federal prosecutors recommending the use of technology-assisted review, or TAR, in the case against Cohen and the documents seized from his home and office earlier this month. TAR is trained by the human categorization of a small number of files. It’s then used to sort the remaining documents, so it’s suggested  this software will help the review process go quicker, more efficient and cost-effective.

Specifically, the software will be used to scan for records potentially covered by attorney-client privilege. And though it’s still a recommendation, it could lead to a popular example of “white-collar” automation, using software to review, discover and categorize legal documents. MIT Technology Review

Open Data and the Case of the Golden State Killer

A public DNA database led authorities to Joseph James DeAngelo, aka the East Area Rapist, aka the Golden State Killer, aka the serial murderer responsible for a number of rapes, homicides and burglaries in California during the 1970s and 1980s. So how did authorities land on the 72-year-old former police officer decades later? They used DNA evidence from old crime scenes and uploaded his genetic profile to GEDmatch, an open-source genealogy website where users connect to people who share common DNA.

GEDmatch lets people upload and publicly share DNA data, so investigators were able to match DNA they had to DeAngelo’s relative, who had a family member matching the serial killer’s profile. And while open data is great, solving crimes this way is still controversial. No court order was needed to access the database because it is public, but other genealogy sites, like 23andMe and Ancestry.com, require a court order if law enforcement wants to access their data.

The GEDmatch privacy policy does let users know their information will be shared with other users, however. In fact, the database didn’t even require a login. Motherboard