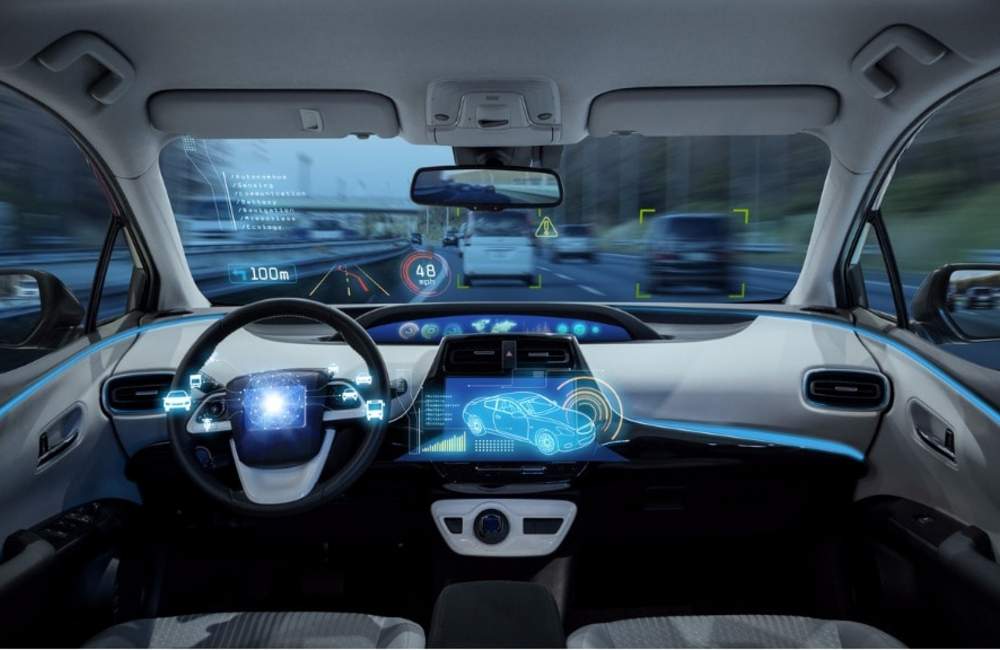 If you thought AI-based online targeted advertisements were invasive, soon your face — not only your search behavior — could alter the way you shop.

For example, if you’re at an electronics store looking at TVs and were scanned by store cameras using facial recognition software, that data could be cross-referenced with other databases that already have your facial data for retargeting campaigns. Your smart TV could start showing you commercials for the types of electronics you were looking at in the store, or avoid doing so if it was a different brand.

With Apple introducing facial ID on its iPhone X and other brands following suit, we’re not too far from this reality. Facebook already stores facial data for auto-tagging, and anytime facial data is stored, there’s the chance it could be resold and re-applied by machine learning through AI. With the way we all click “agree” on terms of use statements, it could happen without realization. VentureBeat

The U.S. Army now has a new, improved battle tank that can fire “smart” rounds from its cannon. It’s called the M-1A2 Systems Enhancement Package Version 3, and it replaces its predecessor from 2007. The V3 tank is the Army’s first to come with a digital data link that connects with the Army’s Advanced Multi-Purpose smart cannon round.

This round reconfigures itself and adjusts its fuse depending on the target the crew is aiming at — like piercing an enemy tank’s armor, punching through a wall or hitting a flying helicopter. The new round replaces four older rounds, each built for a specific target. So instead of having to find the right round, the loader on the V3 tank grabs one of the smart rounds and puts it into the cannon’s breech.

The crew then puts a command into the V3 tank’s computer, and the tank automatically tells the shell how it needs to explode. Before, this process was manual, and took critical time from soldiers. The Army has asked Congress to fund 56 V3 tanks in 2018. Motherboard

Facebook is using artificial intelligence and satellite imagery to create population maps that help identify where the American Red Cross should deliver aid in Puerto Rico.

Zuckerberg said these maps provide a better idea of where people live, the “density” of the different places and where there is infrastructure going to those places.

Zuckerberg announced his company’s involvement in an interesting way, however. He used the Oculus Rift headset and spoke from Facebook’s Spaces virtual reality app. He was seen as a cartoonish avatar in the middle of a 360-video NPR made, touring the real people and devastation in Puerto Rico. TechCrunch

No wheels, pedals or mirrors are needed — according to Nvidia, the popular computer graphics cards manufacturer, and developer of a powerful computing platform that can take autonomous vehicles to Level 5. The system is called Pegasus and it’s the new version of Nvidia’s Drive PX platform, but with more than 10 times the processing power. For context, commercially available autonomous vehicles already on the road don’t exceed a Level 2, and even current regulations don’t allow automakers to turn on anything higher.

Nvidia said it can deliver Level 5 starting next year, but there is concern that this is too dangerous and reckless, as autonomous cars without human intervention are still theoretical. Regardless, Pegasus will be marketed to automakers and tech companies starting the second half of 2018. The Verge

Your Mail Carrier is Going Driverless, Too

The U.S. Postal Service’s Office of the Inspector General said the agency wants to work autonomy into its 228,000-vehicle fleet. How? By having semi-autonomous mail trucks servicing citizens in seven years, without taking jobs away mail carriers jobs. USPS has already started, too, by partnering with the University of Michigan to build an Autonomous Rural Delivery Vehicle to launch on 28,000 rural routes by 2025 (rural roads are less risky).

The postal worker will still sit behind the wheel, ready to take control if needed. But rather than driving, he or she will sort mail and put letters and packages into mailboxes while the car drives. This will save time, as the mail carrier won’t have to keep parking and getting out of the vehicle.

Michigan researchers will deliver the first semi-autonomous delivery truck prototype in December, and if it goes well, USPS will pilot 10 prototypes in 2019. Wired