They already disabled a London airport, but can technology help?
Amanda Ziadeh 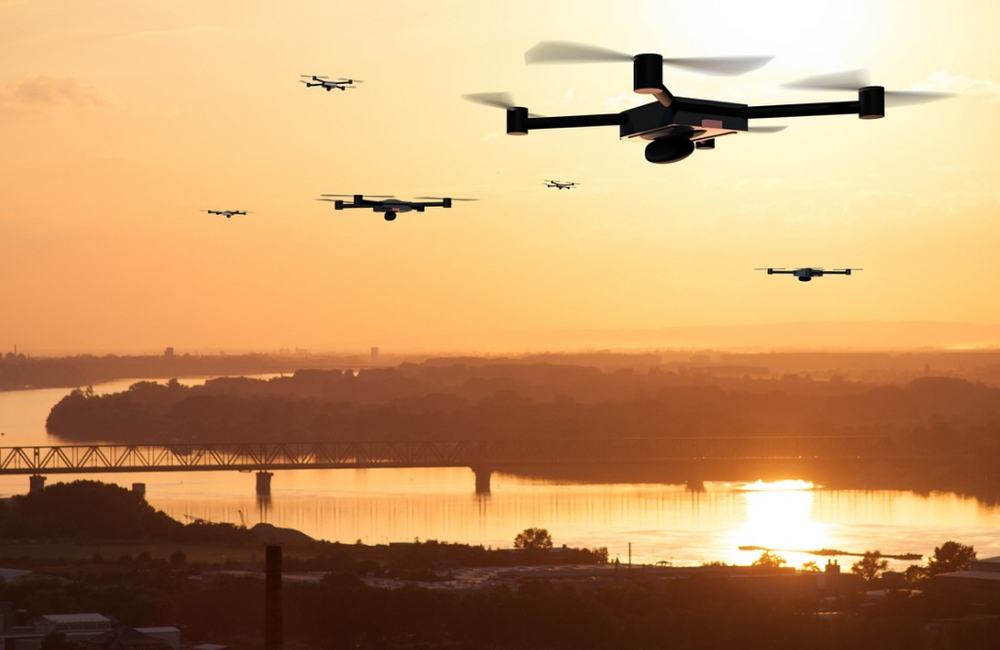 Earlier this month, the U.K.’s Gatwick Airport had to stop all flights flying in and out after drones were seen flying over the grounds. This impacted tens of thousands of travelers right before the holidays, renewing calls for “anti-drone” technology as they are becoming a threat to commercial air traffic. But technology can't always help.

Geofencing (preventing a drone to fly within geographical coordinates) or using nets or radio-jamming systems (cut off communication between drone and operator) can’t totally protect airline traffic. Homemade drones don’t need to have a GPS or communicate with their operator to fly. And using a stronger jammer could end up causing interference problems for the systems on the plane it was meant to protect. Although drones are still slower than planes, and a single hit to an aircraft will only damage it slightly, a swarm of drones coming at an aircraft’s engine can cause serious harm. MIT Technology Review

The startup LIFT Aviation already has an electric-powered vertical-takeoff-and-landing aircraft it calls Hexa, but today’s regulatory environment doesn’t allow for them to be used for personal transportation yet, according to CEO Matt Chasen. So for now, he’s offering up Hexa for 15-minute flights across a lake outside Austin for $249 a ride.

Chasen sees this recreational use as a stepping stone to urban transportation, to a time when commuters can hop on an air taxi to work flying over traffic. He told The Washington Post that after building public trust in the technology, the industry will be able to gain consumer interest and demand for commuting flights. But before people can operate Hexa, they’ll undergo an orientation with safety videos and a virtual-reality training simulator.

It may take years for regulation to keep up, but the tech is almost there — LIFT Aviation is in the game with companies like Uber, Airbus and Volocopter. The Washington Post

A Nest camera used as a baby monitor inside a home in Houston was hacked. A man’s voice came through the system saying: “I’m going to kidnap your baby. I’m in your baby’s room.” The couple ran into their 4-month-old baby’s room only to find their baby sleeping in the crib alone, realizing their Nest security camera had been hacked.

This wasn't a lone incident. Another mother of three in Pennsylvania took her Nest camera out of her daughter’s room after she said a man was talking to her through it. In New Jersey, a mother of two said it sounded like a group of teenagers spoke through her camera she kept in the living room to monitor her kids and nanny.

The increasing number of internet-connected devices people are adding to their homes also add more risk, and these hacks aren’t necessarily sophisticated. In a lot of cases, these hackers are “credential stuffing,” meaning they’re using usernames and passwords from previous data breaches to access secure systems. So, change your passwords! NBC News

Children’s Identities are Being Sold on the Dark Web

Stolen personally identifiable information specifically relating to children coming from hospitals and pediatricians, including name, address, phone number, date of birth and Social Security Number, are being sold on the dark web as “fullz,” or full data on someone’s identity. In fact, each set of data costs $10 each, or $790 for 250 “fullz,” depending on the market selling the data.

A listing said the data impacts people born between 2000 and 2010, so fraudsters could cause some serious financial damage before these children are even able to open their own lines of credit. And because these criminals are sourcing the data from hospital networks, those impacted generally come from families that can afford medical support. Motherboard

Law enforcement agencies are getting into genetic genealogy to solve decade-old crimes, after the Golden State Killer was found in April, nearly 40 years after initial investigations, thanks to a citizen scientist using a genealogy website called GEDMatch. Since then, authorities have arrested more than 20 people involved in the most popular cold cases of the past 50 years using this technique, called long-range familial searching. That’s how people are identifying individuals from distant genetic relatives, an alternative to the kinds of DNA searches cops usually do, which are limited to forensic databases and close kin, and are highly regulated.

Searches on sites like GedMatch don’t require a court order, as it’s open source and contains genetic bits of code connected to PII and health data. Now, companies and people are offering these genetic genealogy services to law enforcement clients, but there aren’t any laws yet that regulate how agencies can use long-range familial searching. Still, the technique is being used to put away criminals for good. Wired