Hot Clicks: Did the Navy See a UFO? Skip to main content

Hot Clicks: Did the Navy See a UFO? 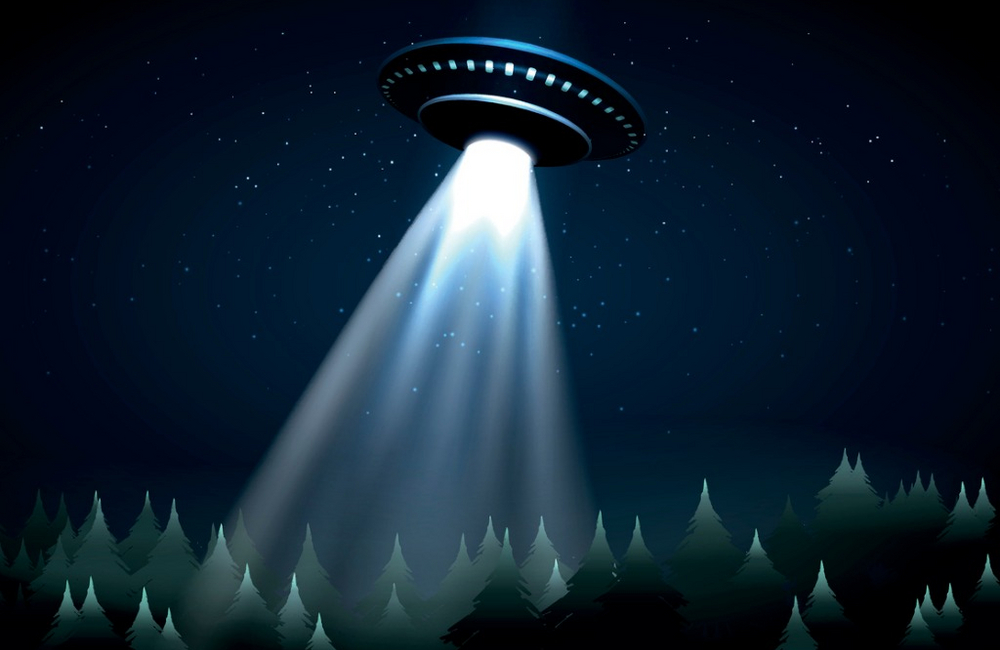 It’s possible. Recently declassified footage from a U.S. Navy F/A-18 jet shows the tracking of an unidentified flying object, as the jet was flying at high speed somewhere off the East Coast in 2015, 25,000 feet up. It was recorded with a Raytheon ATFLIR pod mounted underneath the aircraft with a camera and laser-spot tracker. The camera makes a few attempts to lock onto the object moving before being able to track it, and you can hear the excitement and confusion from the pilots in the video.

It’s not clear what the object is in the video, but the pilots appear to be amazed at what they’re seeing.

"After 18 years of flying, I've seen pretty much about everything that I can see in that realm, and this was nothing close," Cmdr. David Fravor said. It’s not the first time UFO footage recorded by the Defense Department has been declassified, either. DOD even had a program that investigated UFO sightings, but it was discontinued in 2012, so whatever is speed flying in the recording is up to your imagination. AOL

Tech Industry is Growing Up

The Greyglers are what Google several years ago referred to as its 40-and-over crowd, poking fun at the older workers in tech (with gray hair). Now, the company's chief executive, the two co-founders of the search engine and the employee running YouTube fit into that group. And while the tech workforce tends to average around 30 years old, the once-young self-appointed leaders of Silicon Valley are getting older, wiser and more accountable — as are their companies.

And with age, these tech leaders become introspective. Most of these leaders — from Instagram, Facebook and Twitter — focused on making something great, new and different, rather than worry about the negative consequences or how heavily used their products would be. They’re becoming more risk-averse and protective, especially as they become parents and start families. “It’s important to me that when Max and August grow up that they feel like what their father built was good for the world,” Facebook’s Mark Zuckerberg said, referring to his children.

They’re thinking about how their children will be impacted by the technologies they’ve developed, and focusing on how to fix that now. But the cycle is destined to repeat itself, and a new group of young tech leaders are coming, hopefully learning from the mistakes of those before them. The New York Times

Alexa Uses Beeps Instead of Words

This isn’t a glitch. Amazon is actually experimenting with replacing Alexa’s voice with different sounds as a response. So, rather than an “OK” after asking Alexa to do something, it will just beep.

Amazon is calling this switch Brief Mode, and it’s already being rolled out to Alexa devices. But it’ll be up to the user to turn this mode on in the settings menu of the app, so it won’t be by default. The beeps can’t replace all responses either, mainly confirmations, so still expect to hear Alexa’s voice every now and again.

If the Brief Mode is successful, maybe Amazon will provide different beep sound options, or multiple beep responses based on the question. Maybe it’ll also limit how much Alexa laughs, considering the reports of her creepy human-like out-of-context giggles users heard last week. Either way, if you’re not into chatty Alexa, switch to Brief Mode. PCMag

The State Department is dipping its toes into blockchain for a social cause. It’s working with Coca-Cola Co. on a project that uses the digital ledger technology to build a secure registry for workers to fight the use of forced labor, an issue impacting nearly 25 million people worldwide.

Coca-Cola’s been exploring blockchain projects for more than a year, but this topic is particularly relevant to food and beverage companies because of the risk of forced labor in countries where they get sugarcane. The beverage giant has committed to helping address the problem through its own supply chain.

So, along with two other companies, Coca-Cola is partnering with the pilot of this project. The initiative intends to create a secure registry for workers and their contracts using blockchain validation, and the State Department will offer expertise on labor protection. The technology can’t make companies abide by labor contracts, but it can build a validated chain of evidence to encourage compliance. The tech company Bitfury Group will build the blockchain platform and Emercoin will also provide blockchain services. Reuters

One of Uber’s autonomous test SUVs was in autonomous mode when it struck a woman crossing its path outside of a crosswalk in Tempe, Arizona. She later died at the hospital as a result of her injuries.

Uber did pause all of its autonomous testing operations in other cities, like Pittsburgh, Toronto, San Francisco and Phoenix, and is working with local authorities as they investigate this fatal collision. It’s the first time an autonomous car operating in self-driving mode killed a human, so it’s unclear where the future of autonomous vehicles and their place on the roads stand right now.

The car did have a safety driver at the wheel, as required for all autonomous test vehicles on public roads. The safety driver is intended to take control of the car in case the self-driving system fails or is at risk of endangering others, but it’s still unclear whether the safety driver will be held legally responsible. So, this leaves the future regulation of autonomous vehicles and policy surrounding the consequences of these types of situations up for discussion, too. TechCrunch