Hot Clicks: China’s Going After the Dark Side of the Moon Skip to main content

Hot Clicks: China’s Going After the Dark Side of the Moon 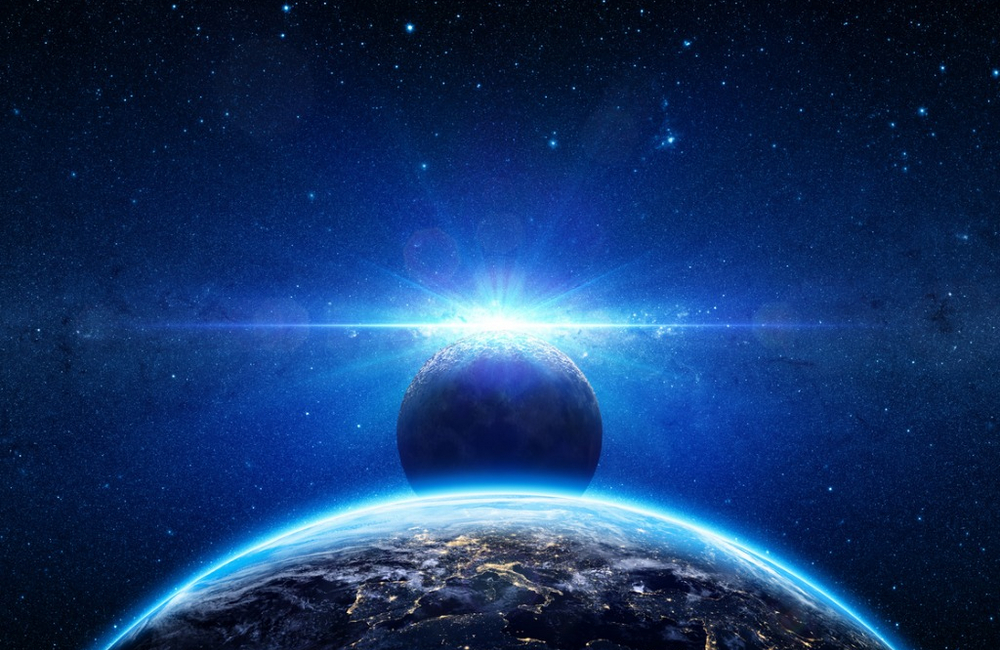 If successful, the nation will be the first to do so. The China National Space Administration launched a communications satellite Sunday as it starts a 280,000 mile trip to orbit the moon. This “lunar orbiter” is all part of China’s plan to be the first country to place a lander, the Chang’e-4, on the far side of the moon.

The orbiter’s name is Queqiao (translates to Magpie Bridge), it’s the first communications relay satellite in orbit around the moon, and the name comes from the birds in a Chinese folktale that form a bridge to unite two separated lovers. Similarly, the orbiter will be the link between the Chang’e-4 lander and the stations on Earth.

The “dark” side of the moon refers to the side that never faces Earth, thanks to rotational science and timing. So, the lander on the far side of the moon can't make direct radio contact with Earth, hence the need for Queqiao. The lander launches later this year to the far side of the lunar surface, and it’ll take with it silkworms and potato seeds — all part of China’s greater efforts to establish a lunar “palace” on the south pole of the moon in the 2030s. Motherboard

And like Amazon, the tech giant is scouting out Northern Virginia. Amazon is considering three areas in and around Washington, D.C., for its new headquarters outside Seattle, and NoVa is one of them. Now, Apple is quietly exploring the same area for a 20,000-employee campus, and is looking for 4 million square feet of office space.

In fact, economic development officials under Virginia’s governor proposed potential spots for the campus, but those officials and real estate execs are staying anonymous as Apple has asked people not to talk publicly about it. The proposed sites include office buildings in Crystal City, Loudon County near the Center for Innovation Technology, the Scotts Run development in Tysons Corner and property along the Eisenhower Avenue corridor in Alexandria.

And for measure, Apple’s space is about half of what Amazon wants for its second HQ, so it could stir competition — especially considering a few of the sites proposed to Apple are also part of NoVa’s pitch to Amazon. Both companies are expected to choose this year, and if the DMV is a go, it could expand the area as Silicon Valley’s East Coast outpost. The Washington Post

Typically, industrial robots repeat the same task over and over again based on what humans programmed them to do. But now, researchers are exploring how robots can work close to humans to learn from and help them. The artificial intelligence company’s robotics lab in Seattle is doing just that, as it recently presented its work around teaching robots by observing humans at a robotics and automation conference in Australia. It’s because NVIDIA wants to build the next generation of robots that can safely work in close proximity to humans, and to do so, those robots need to be able to detect people and track their activities. Then, they can learn how to help us.

So, rather than training an algorithm by repetition or by teaching a robot to learn from its mistakes, the lab is developing a system that allows researchers to teach a robot how to perform a new task by watching a human. How? They trained a sequence of neural networks to detect objects, identify the relationship between them and generate a program to repeat the steps it saw the human perform.

So far, the new system is training the robot to perform small tasks, like stacking colored cubes. And what may be cooler is  the system also generates a human-readable description of the steps it’s performing, so researchers can figure out where things go wrong. TechCrunch

Last year, the CIA suffered its largest loss of classified documents when WikiLeaks released stolen secret documents about the spy agency’s hacking operations (known as Vault 7). The prime suspect was identified as Joshua A. Schulte, a 29-year-old former CIA software engineer. The FBI searched Schulte’s apartment just a week after the WikiLeaks release in March 2017, and while the warrant application said he was suspected of “distribution of national defense information,” Schulte was actually charged in August with possessing child pornography.

Agents allegedly found 10,000 illicit images on a server Schulte created as a business in 2009, and there’s reason to suggest he was aware of the encrypted images of children being molested by adults on his computer. But it’s still not clear why he hasn’t been charged, or cleared, in the Vault 7 breach.

The investigators have access to electronic audit trails inside the CIA that could show who accessed the stolen files, and they’ve clearly had possession of Schulte’s personal data. In January, the prosecutor said the government had enough evidence to make Schulte a target of the investigation, but that the investigation is continuing and now is exploring how Tor, the software that allows anonymous communication online, was used in the transferring of classified information. The New York Times

Up Next: Cyberthreats to Satellites

Cyberattacks are only increasing, and they’re bound to hit the satellite industry, especially as satellites become a critical part to the nation’s overall infrastructure. That’s according to cybersecurity expert Lisa Forte, founder of Red Goat Cybersecurity. In fact, Forte thinks we’ll start seeing more sophisticated attacks using AI on a potentially global scale in the next few years, and those attacks could largely outdo recent ones like Wannacry. And the increase of connected devices only opens the door to attacking networks, as Forte also thinks attacking supply chains via social engineering to get around firewalls is the next big target.

So, a large-scale attack on satellites aren’t far out of reach, and could have massive consequences. The commercialization of space means more satellites, more targets and cheaper technology, Forte said, making them an attractive target to hackers.

And the satellite sector’s “main points of weakness” are their ground stations, which they may not be able to defend as well, leading hackers right to a path of least resistance. Fore thinks this could really impact the connected maritime industry and the tech deployed on ships and aircraft. They need to be secured by design, by default and by deployment. And securing the entire chain means covering everything that connects to the operations, and finding the weak links before the attackers do. The bigger the supply chain, the more vulnerabilities. Via Satellite