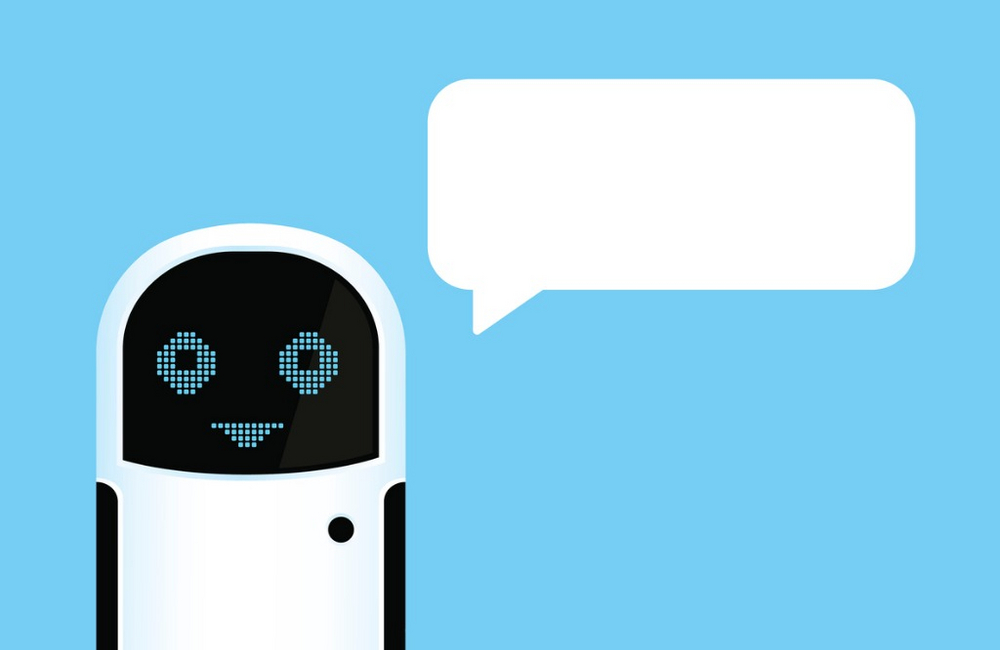 But it’s not necessarily a good thing. Two years ago, Microsoft released a conversational chatbot, Tay. She was programmed to repeat what was said to her. This was bad; she became rude, racist and xenophobic. Today, new conversational tech systems at Microsoft and other internet companies are much more nimble and effective, and are designed to improve faster in action. For example, instead of just repeating what is said to them, new chatbots at Microsoft teach themselves to hold a conversation by analyzing real human dialogue and thousands of online discussions from services like Twitter and Reddit.

In fact, this bot chooses its response by creating dozens of possibilities and ranking them according to how well it compares to human conversations. But still, the systems can reflect the “worst of human nature,” so companies remain a bit reluctant to release them right away. The system can be still be impolite and offensive; for example, always assume a CEO is a man. Microsoft researchers think they can improve the tech by having it chat with a bunch of real people, but the public backlash and bad press is risky.

And the rise of algorithms and machine learning are making chatbots talk more like humans, which can be dangerous. These systems rely on neural networks by identifying patterns in large pools of data, but some of that data can lead to unexpected outcomes. Learning from human conversations means they will learn the mistakes humans make, including bias and prejudice. The New York Times

An ICO is a way of fundraising using cryptocurrencies, so selling a new digital currency at a discount so a company can raise money. For example, someone can offer investors units of a new cryptocurrency in exchange against bitcoin.

According to Reuters, ICOs reached almost $3 billion in 2017, and Switzerland attracted about a quarter of that. And with digital currencies on the rise, regulation is a hot topic. There’s no telling if other countries will follow suit, but the Swiss are closer than most to becoming a “crypto-nation.” NBC

We Need to Talk About the Robots at the Olympics

The 2018 Pyeongchang Winter Olympics may be over, but the robots servicing visitors and media are worth a second mention. There were a number of bots in Pyeongchang and Gangneung providing the weather, directions and even water bottles, but they didn’t look like humanoid bots. Many had a unique, round and colorful look, and a sense of autonomy.

Some robots resembled the Olympic mascot white tiger with an informational screen as its belly, while others vacuumed hallways or even painted murals. A robot called Airstar helped travelers at Seoul’s Incheon International Airport by answering questions, guiding people through the airport and even passing inquiries along to another human. A spherical robot vacuuming the hallways of the press center in Pyeongchang spoke to people and played music while clearing dust. And the water bottle bot came by every hour or so.

These robots weren’t nonstop, though. They ran on specifically managed schedules. The snack bots took long breaks and hung around media workspaces for 15 minutes every hour, for example. But the bots did always have a human “minder” nearby with remote controls just in case. NPR

It’s similar to the “Nigerian prince” tactic, and though it seems obvious, it fooled the affluent Seattle suburb town of Yarrow Point. The town’s fiscal coordinator at the time received an email from someone claiming to be the town’s Mayor Richard Cahill, asking him to wire $14,624 to a Bank of America account in New York. The account belonged to someone named Adebayo Mabel.

The fiscal coordinator followed through, even though he received alerts from Yarrow Point’s bank about a “forgot password attempt” and “wire transfer,” suggesting “fraudulent activity.” In fact, the real mayor told The Seattle Times the town had never done a wire transfer before. And if this wasn’t bad enough, days later, the same scammer posing as the mayor asked the financial coordinator to wire $34,624, and he did.

The Air Force Research Laboratory’s space branch is asking the private sector for ideas in innovative space technologies in areas of launch, payload adapters, on-orbit systems, communication links, ground systems and user equipment. According to the solicitation, the Air Force is looking to advance the tech and scientific knowledge surrounding space systems, and the call-to-action comes at a time of rival nation threats to the country’s ability to operate in space. So, the Air Force is looking for new ideas.

This is largely because U.S. military operations heavily rely on space systems to support global combat forces, and advanced tech is needed to make sure space systems work under any circumstance, like an enemy attack. Space is becoming more and more competitive and congested, so new ways of thinking and new technologies are needed to keep the U.S. on top.

The solicitation is open to all competition, but the Air Force is particularly interested in bids from small businesses. If your company is interested, submissions to the Air Force are due April 9.  Space News