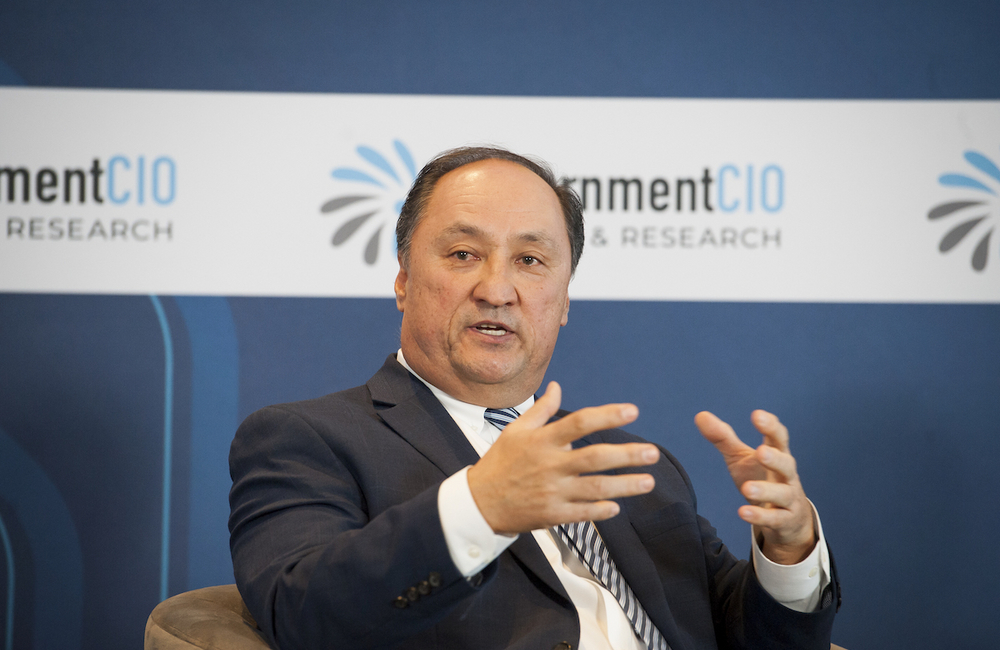 Having been recruited from the private sector in 2014, GSA CFO Gerard Badorrek acknowledged that he was initially less focused on technical questions of operational efficiency at the start of his tenure.

“I was hired as someone from outside of government to help make this organization more efficient,” Badorrek said at the GovernmentCIO Media & Research CXO Tech Forum on AI & RPA.

These concerns centered foremost on structural reorganizing across departments, with Badorrek admitting initial skepticism over the potential return on investment from large-scale IT projects.

“I wanted to get things done very quickly, so technology was not a part of this initially. The reason is because I felt big system investments take time … the deal is you spend a lot of money, and then in maybe five years have a benefit. I didn’t want to do this right away. I wanted to make the organization better tomorrow,” Badorrek said.

Badorrek was quick to recognize that RPA had unique potential to deliver immediate process improvements. Unlike more hypothetical forms of innovation, RPA had already proven itself as a reliable means of yielding process efficiencies at other federal agencies.

“What’s exciting about RPA is you can get immediate payback if you know how to deploy it efficiently and quickly,” Badorrek noted.

GSA had a particular incentive to make rapid use of RPA, with Badorrek highlighting the sheer volume of financial processing the agency oversees on a monthly basis.

“One of our first automations was an application where a report was generated once a month that was cleaning up the revenue we received from other agencies.” Beyond the newfound efficiency RPA has instilled across GSA’s financial management, these reports can also be run on a daily basis to track financial data in real time.

“From an audit perspective, RPA can actually be cleaner because you have a record from what you’ve done,” Badorrek added. RPA implementations have also made it easier to document crucial information and to engage in retrospective analysis as well.

The adoption of RPA throughout GSA appears to have been especially rapid and comprehensive, with Badorrek outlining the agency has completed 33 distinct RPA implementations — and is currently reviewing 40 other potential use cases.

GSA’s initiative in adopting RPA has positioned the agency as a leader in the field, with other federal agencies now turning to the GSA for consultation on their own RPA implementations.

“We probably had 30 or 40 agencies wanting to meet with us, asking, ‘So how did you do this’?” Badorrek said.

This preliminary knowledge sharing led to the creation of the new community of practice in April 2018, a collaborative initiative designed to foster RPA adoption across the federal government.

“The objective was to bring together agencies who wanted to learn about RPA, but also that were successful in RPA,” Badorrek explained. “The two things we wanted to do were — one, we wanted to solve problems that were common across government and come up with solutions. And the second is educating agencies [about RPA].”

However, the community of practice is not an exclusively GSA-led effort, with the initiative receiving key contributions from the Defense Department, Department of the Army, Treasury Department, NASA and Department of Homeland Security.

The initiative seems to have already borne fruit.

“What we’re working on right now is a playbook to come up with solutions to these challenges depending on what stage of [RPA] maturity you’re at," Badorrek said.

Badorrek remains optimistic about the program’s outlook, with the community of practice’s collaborative nature particularly well designed to foster the creation of a federal knowledge base in RPA.

“For me, it’s exciting because it’s other results-oriented folks across government that have made progress in RPA who are coming up with solutions,” Badorrek concluded.