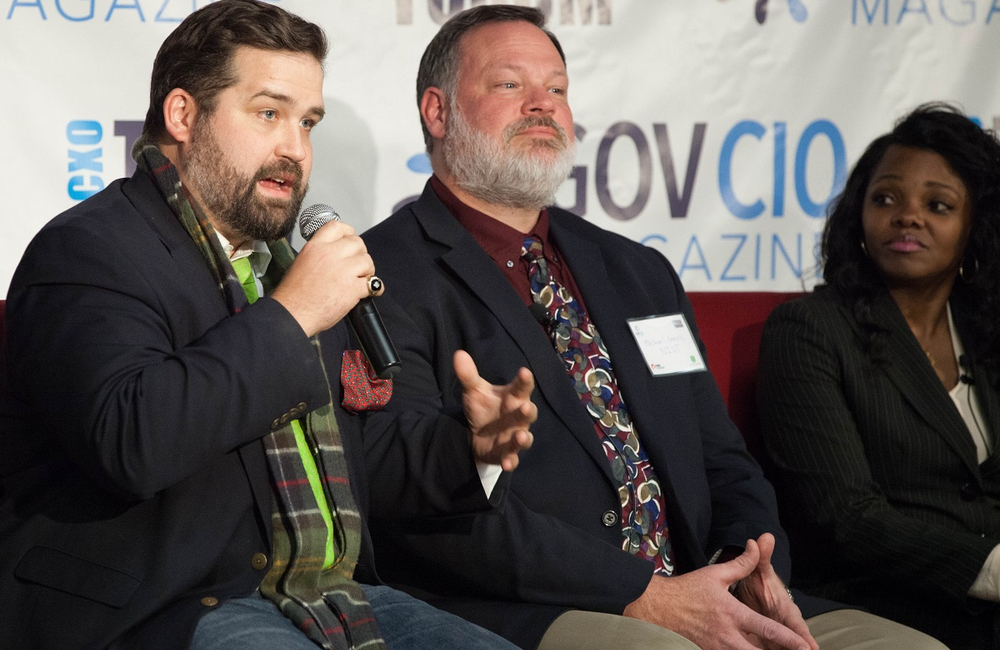 The wave of artificial intelligence comes with its own risks and barriers, along with opportunities — but its arrival is inevitable. To prepare for those risks, the government has to build the proper infrastructure and decision-making processes, and address the ethics associated with AI, said a top government official leading AI initiatives.

“We don’t have an option not to,” said Justin Herman, Emerging Citizen Technology program lead at the General Services Administration. He spoke on a panel at the GovernmentCIO Magazine CXO Tech Forum: AI in Government in Washington, D.C. on Dec. 14.

But there are still a few conversations missing in the government’s discussion of AI, especially around the kinds of new technology available and how industry, academia and agencies can work together to better understand AI’s place in government.

In an effort to confront these topics, the Emerging Citizen Technology program had its first interagency meeting, which brought together 70 federal managers, according to Herman. From there came three new initiatives.

“The U.S. government needs a permanent and continuing flow of information and insights and market research of what’s coming next,” Herman said.

The concept is similar to government tech accelerator In-Q-Tel and the Homeland Security Department’s Office of Venture, Innovation and Engagement, which works with industry, entrepreneurs, venture capital firms, accelerators, incubators, and universities to detangle the innovation process.

The new interagency Venture Capital Advisory Group is a team within the Emerging Citizen Technology Office, co-chaired by the DHS Innovation team. Launched last week, Herman said the advisory board will allow all federal agencies to be able to tap into, learn and gather insights from leading tech investors about what’s coming next.

AI will affect and be affected by all levels of an organization, according to Herman. “We need senior leaders, we need program managers, we have people who would never consider themselves technologists, to be able to see themselves as literate in this, and stakeholders and stewards, even if they’re not the techie,” he said.

Through its DigitalGov University, GSA is piloting an in-depth governmentwide education and training system. It’ll bring in organizations like NVIDIA to provide hands-on training and education on emerging technologies, like machine learning and blockchain, or “anything that we see that we know that we’re lacking a capability in the government,” Herman said.

The pilot will also allow GSA to work with the National Institute of Standards and Technology and other organizations for feedback.

GSA is trying to bridge the gap between some of the greatest research facilities in the U.S. that want to work with and apply their knowledge of AI to public services, and the people in government who can help make that happen.

“It’s often limited by, ‘who do u have the email address of?’” Herman said.

An interagency federal-wide academic research outreach program will liaison with the best emerging technology research facilities in the nation. It’ll allow research facilities to join the conversation with government, so agencies can start discussing and articulating the questions they need answered.

“Also, when they’re doing their research, we can plug them into exactly who they should be talking to in the government, because often times they might not know who it is because the bureaucracy is so dense,” Herman added. Researchers might not even know relevant programs exist.

“We got to stop that. If we’re going to approach AI better, if we’re going to do these public-private partnerships, we have to find new ways of doing it,” Herman said, which needs to be a cross-industry effort.

To accelerate these initiatives, Herman said his team is starting full scale design and execution from within the Emerging Citizen Technology communities.