For military and first responders, simulations are no mere game. 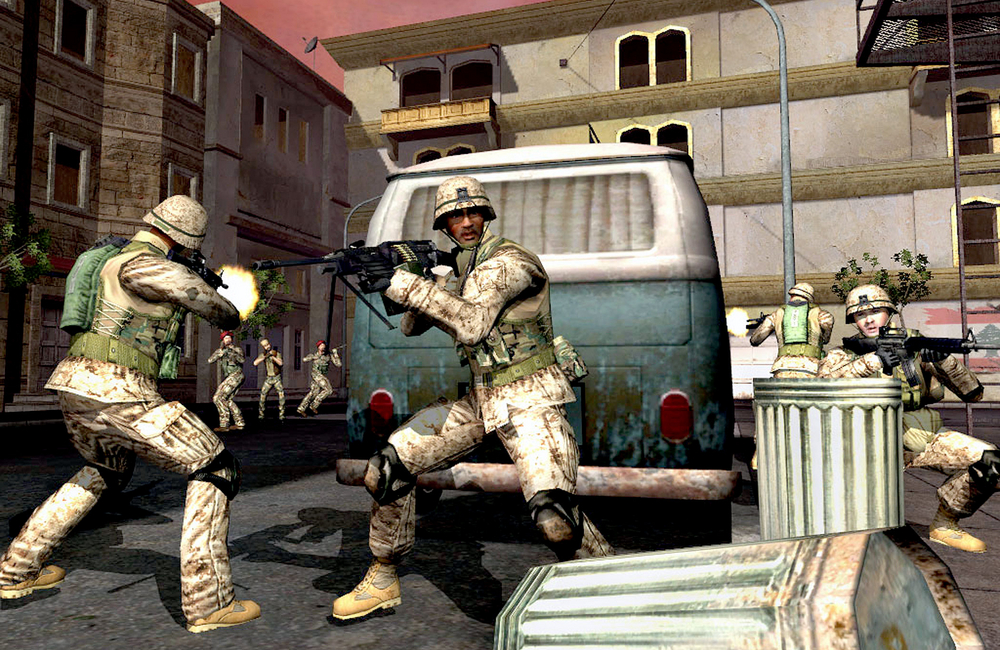 The government track at the Serious Games Conference in Manassas, Virginia, was loaded with sessions addressing gamification and its role in government. Many topics were covered, from cybersecurity to military operations to the formulation of education policy. The most covered area, and the one enjoying the most success, was using game technology to enhance emergency preparedness for first responders and the military.

While the military and civilian first responders have both embraced simulations and game technology, they have traditionally approached their serious gaming differently. In the military, the emphasis is on situations that largely, and thankfully, don’t occur, like Russia invading Germany or a limited nuclear strike. With first responders, the core of their simulation training has been centered on events they are much more likely to encounter, like rescuing people from a burning building or responding to a hazardous materials spill.

During the deep-dive government tracks at the conference however, it was clear those two types of video game-like worlds are merging. With more frequent natural disasters and mass casualty events occurring, the military is increasingly asked to lend a hand. As a consequence, mixed in with the traditional wargaming scenarios, are gaming situations more akin to what their civilian counterparts are playing.

“Simulations are good for the discovery of the previously unknown,” stated Justin Legary, tech coordinator for the Federal Emergency Management Agency. “This is especially true in recent years, when, with the help of computers you can perform hundreds or even thousands of run-throughs instead of just a dozen or so. This allows you to see patterns that were not possible to see before.”

Computerized or computer-aided drills can help speed up testing and performance as part of any preparedness training, Legary added. They can also allow participants to see, and virtually experience, the potential ramifications of certain actions. None of that would be possible in a strictly analog test situation.

But despite years with some form of gamification in government, simulation makers still struggle to make the experience as real as possible, and to provide the best benefit to players. One of the most difficult areas to get right is how to score the games, and how to measure the success level of participants. There are many metrics that can be looked at, and most of them could arguably be used as a benchmark of success.

Michael Hopmeier is the senior principal investigator for Unconventional Concepts, but at one time, among other government advisory positions, he was a primary developer of the Bioterrorism Preparedness Program at the Centers for Disease Control and Prevention. He defines success in simple terms.

“Success is basically minimizing the difference between what we are able to do versus what is needed to be done,” he said. “If society needs more hospital beds, you need to either provide more beds, or change other factors in society so fewer beds are needed. It’s as simple as that.”

According to Hopmeier, typical approaches to preparedness tend to focus on a specific event and planning contingencies around what could happen. Most government-sponsored simulations tend to reflect that. In fact, a better use of resources is to plan for many similar situations, or even wildly different ones that have sufficiently identical needs in certain areas.

Legary agreed with that assessment.

“We tend to stick to a particular scenario because of all the effort that went into preparing for it,” he said. “We have all these training objectives and learning objectives written, so we train people to deal with that one scenario. When FEMA does hurricane drills, we train for a single hurricane hitting the East Coast. But we need to get into situations such as two or three hurricanes that hit in rapid succession, or varying levels of flooding or wind damage. These different scenarios have very similar needs in many areas, and could be trained for together.”

Even for wildly different possible disasters, finding similarities and preparing along those lines is vital. For instance, we have spent a great deal of time and money in training for attacks with weapons of mass destruction, even though the chance of that occurring is minutely small. In contrast, preparing for events like hurricanes, which happen much more frequently, have had fewer resources attributed to it.

“If I am only working to prepare for a fire, for example,” Hopmeier illustrates, “then I don’t really have the ability to also respond to a hurricane. A better solution is to find a common denominator in varying types of events. By preparing for all of those scenarios sub-optimally, I am optimizing our general response.”

For instance, after Hurricane Katrina, it was determined the problem with getting people gasoline was not the amount of gasoline available, but the lack of electricity to run the pumps. FEMA looked at this and began to require that all gas stations above a certain size have generators. This solution can help not only in a hurricane, but nearly any kind of storm or natural disaster.

What computer simulations can provide more than anything is a check to determine if a certain approach will even work.

“If you’ve done your ‘red team’ in a flu pandemic situation to discover that you will need a billion doses of a vaccine, there would be no way to accomplish that,” Hopmeier says. “So, in trying to find another solution, you discover that you could treat the flu symptomatically. The family of statin drugs used to lower cholesterol also treats many flu symptoms, so finding a common drug to treat symptoms ends up being a better solution than manufacturing and distributing vaccines.” That would be very difficult to discern if there wasn’t a realistic computer scenario, or game, with very accurate parameters available for experimentation.

Every speaker at the conference agreed the work the military and civilian first responders accomplish during all kinds of emergencies is both vital and largely successful. But using gaming and simulation technology can help provide better and more effective training across the board, leading to even better results.