The First Robot Citizen… And Other News You May Have Missed 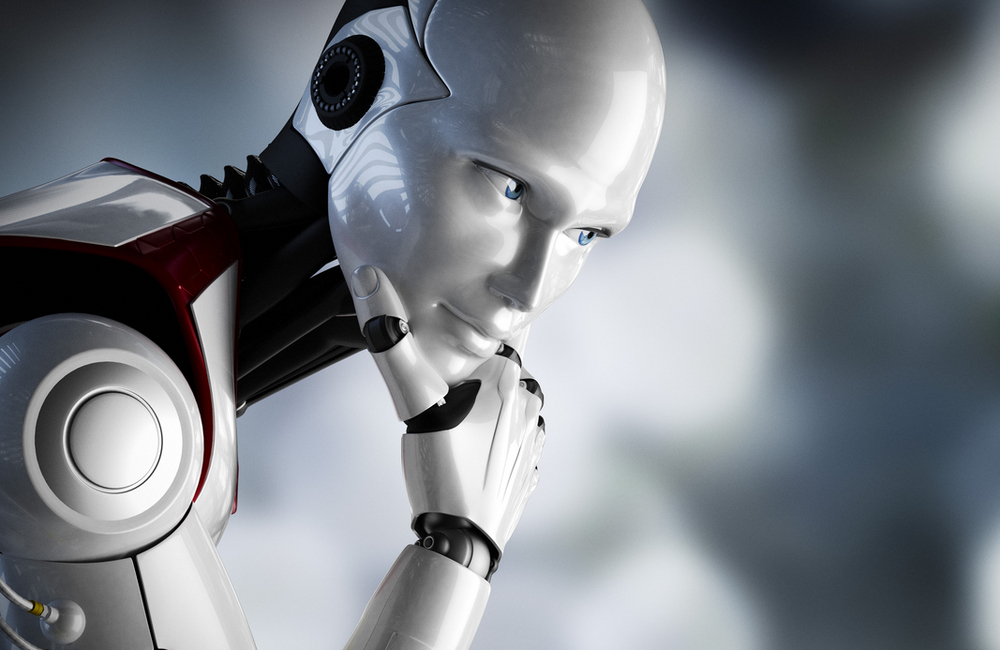 Her name is Sophia, and she’s apparently been granted citizenship by Saudi Arabia. Sophia was designed by Hong Kong-based Hanson Robotics and she looks just like a human. In fact, she’s so lifelike, she was able to participate in an interview with a moderator live on stage last week at the Future Investment Initiative in Riyadh, making gestures and facial expressions similar to humans — all on her own.

In response to her citizenship, Sophia expressed how “honored and proud” she was to be the first robot in the world declared as such. She even elicited a response from SpaceX founder Elon Musk. Fast Company

According to some major tech company employees, artificial intelligence specialists are being paid $300,000 to $500,000 a year or more in salary and company stock. Tech industry giants are investing big in AI-based projects and products, and are willing to pay for the limited top talent. It’s even reaching a pay model similar to professional athletes; well-known names in the AI field receive compensation in salary and stock shares that total millions over a set number of years. They can renew or negotiate a new contract after that period is up — must be nice!

And because AI salaries grow so quickly, some think the tech industry needs a salary cap on these specialists. The rarity of talent also has big tech companies competing with Silicon Valley for the same AI experts, but companies like Google and Facebook have more money to play with — making it difficult for smaller startups. The New York Times

The federal CIO Council is hosting the first-ever governmentwide Federal Tech and Cyber Hiring and Recruitment Event on Nov. 6 and 7. The new recruitment tactic will include more than 30 federal agencies interviewing and hiring applicants on the spot. Five intelligence agencies will participate: the CIA, the National Security Agency, the FBI, the Defense Intelligence Agency and the National Geospatial-Intelligence Agency.

By streamlining the hiring process like this and leveraging resources as one federal group, agencies hope to cut the average cost-per-hire and time-to-job offer. They want to fill hundreds of openings in and around the District, and hire IT and cyber talent governmentwide.

Interested prospects are attending from all over the country for this one-of-a-kind federalwide collaboration being held at the Silver Spring Civic Building at Veterans Plaza in Silver Spring, Maryland. GSA.Gov

With the future of flying cars, the creation of fast-moving hyperloops through underground tunnels, and, of course, the race to develop autonomous vehicles, city transportation systems will have to change. If humans spend less and less time in cars and in traffic, traveling will become much easier and everyone will be able to do it. So, cities need to start thinking about how to incorporate all this in future planning. The National Association of City Transportation Officials, which is an international 60-city organization of transportation planners and engineers, is a step ahead — the group published a 50-page blueprint of the “Promised Land.”

The blueprint addresses the autonomous future. Though it may be decades until we’re surrounded by only autonomous cars, it’s not too early to plan. The transportation planners suggest thinner vehicle lanes as smarter cars can drive perfectly straight, tiny parks in replacement of parking meters, more lanes open to vehicles during rush hour, and curb space dedicated to delivery vans or landing delivery drones, and designated pick-up spots for driverless taxis. Wired

Diagnosing Cancer with an iPhone

Vascular surgeon John Martin used an ultrasound device connected to his smartphone to see a dark, 3-centimeter mass in his body. It was cancer, and it was detected by Butterfly IQ, the first solid-state ultrasound machine to reach market in U.S. developed by Connecticut-based startup Butterfly Network.

The device works by shooting sound into the body and capturing the echoes, generating sound waves using 9,000 tiny drums etched onto a semiconductor chip (as opposed to vibrating crystals). Because of the way the device is manufactured, it’ll go on sale this year for $1,999, which is less than any other model on the market.

Rather than traditional, large ultrasound machines, the Butterfly IQ is portable, fits in the top pocket of medical scrubs and is affordable. It’s not as detailed as high-end ultrasound machines, but the company says it plans to combine the instrument with AI software that could help a novice position the probe, collect the right images and interpret them. And by next year, the software could let users automatically calculate how much blood a heart is pumping, or detect problems like aortic aneurysms. MIT Technology