The Future of RPA 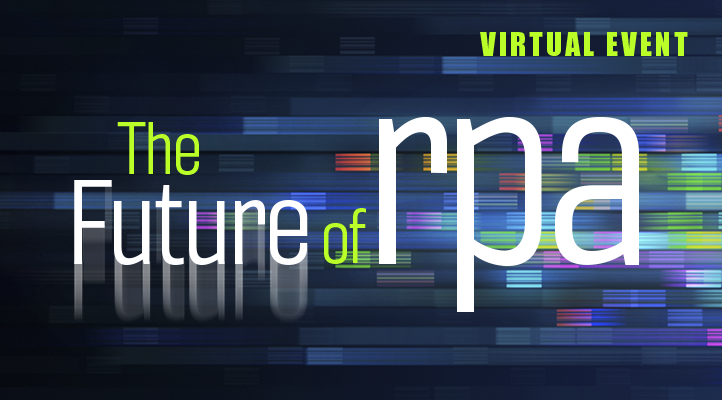 Robotic process automation has shown considerable promise for reducing the time necessary to validate and distribute federally managed benefits and even protect the nation. Essential agency functions whose management would have required significant employee hours — often to the point of resulting in delays and backlogs — can be streamlined through digital tools and automation technology. Hear from federal technologists as they discuss increasing process efficiencies, customer engagement and reducing waste and fraud. 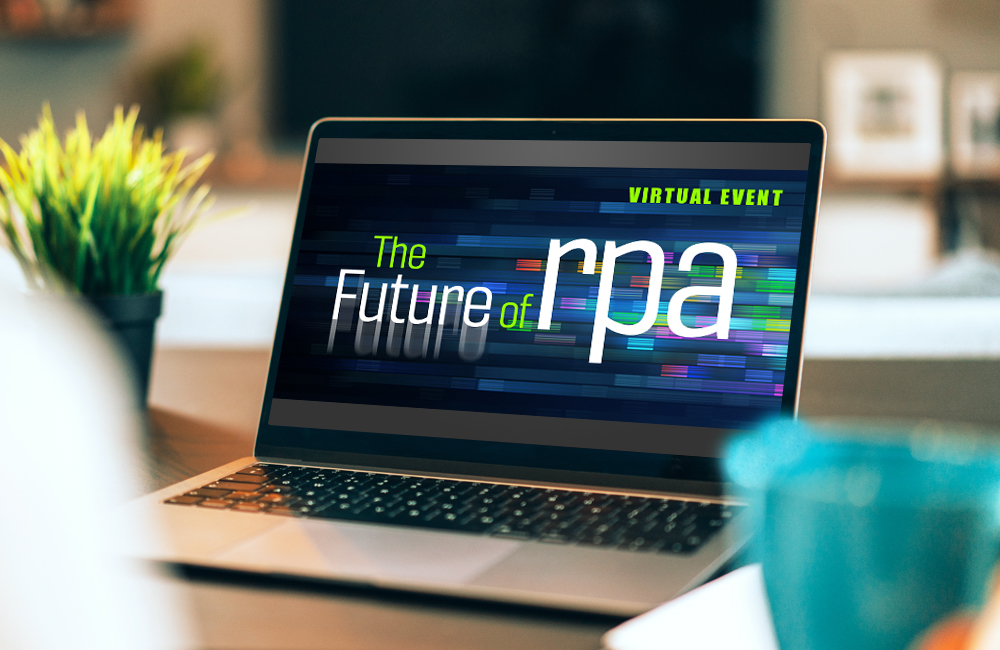 Essential agency functions whose management would have required significant employee hours — often to the point of resulting in delays and backlogs — can be streamlined through digital tools and automation technology. Hear from federal technologists as they discussed robotic process automation for increasing process efficiencies, customer engagement and reducing waste and fraud during The Future of RPA event Nov. 5. 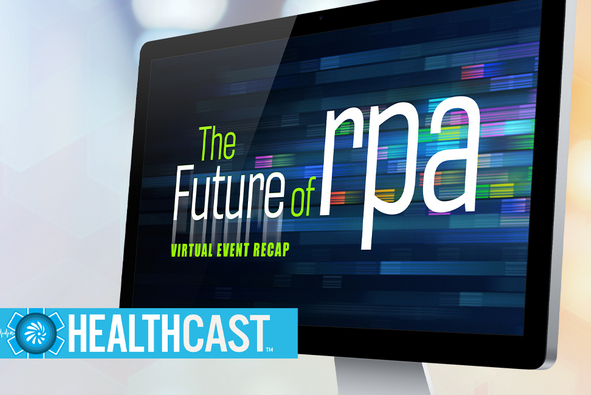 Agencies who manage claims and benefits have a particular interest in applying RPA toward facilitating the processing of new applications. Automation has already shown considerable promise for expediting claims verification that previously would have resulted in weeks of potential wait time. Hear from agency officials at the forefront of applying RPA to longstanding services for improving customer experience and ease of use.

Wings of the federal government dedicated to national security have begun exploring RPA to streamline information management and critical decision-making. Hear from defense-minded government executives on how agencies that work alongside the U.S. armed forces have begun looking into automation technologies to support their workforce and improve process efficiencies.

Sheila Conley is the Deputy Assistant Secretary for Finance at the U.S. Department of Health and Human Services (HHS).  HHS is dedicated to promoting and enhancing the health and well-being of the American people and, as the nation’s largest grant-awarding agency, has annual budgetary resources in excess of $1.9 trillion.  As the Deputy Assistant Secretary for Finance, Ms. Conley is HHS’s Deputy Chief Financial Officer and is responsible for providing strategic leadership to the Department’s financial management, program integrity, and enterprise risk management programs.

Prior to arriving at HHS in 2006, Ms. Conley was at the U.S. Department of State, as well as the Office of Management and Budget (OMB), where she was responsible for government-wide financial and grants management policy and served as OMB’s Acting Controller.  For over a decade, Ms. Conley also provided audit and financial management services at KPMG to clients in a wide range of industries including the Federal sector.

She is a recipient of several professional awards, including the Association of Government Accountants’ Elmer Staats Award, the Donald L. Scantlebury Memorial Award, the Presidential Rank Award and the HHS Secretary’s Award for Distinguished Service.  She is a National Academy of Public Administration Fellow and Lecturer/Adjunct Faculty Member at Johns Hopkins University.

She currently lives in Maryland with her husband and has three adult sons.

Sudhir Goel is a Principal Solutions Architect at OptumServe, the federal health services business of Optum and UnitedHealth Group. Goel is an experienced, executive-level business and technical architect with more than 25 years of proven success in providing cutting-edge technology for key government programs, such as the rationalization of Internal Revenue Service’s call center in the early 2000s, establishment of a Transportation Security Administration secure flight program after 9/11 for automatic screening of all passengers, and creating federally-funded health care exchanges under Obamacare to provide health insurance to over 20 million consumers. 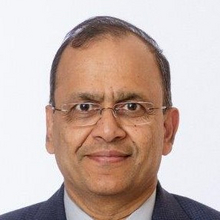 James Gregory is the robotic process automation program director at the U.S. General Services Administration, where he leads a highly motivated RPA development team that produces, on average, four application-level automations every month, while at the same time managing a considerable automation inventory. In his current role, he is focused on integrating RPA into GSA’s DNA, which will empower the entire workforce to look for and pursue opportunities for efficiency.

James has over 30 years of IT experience in federal, county, and city government. In addition, he has held significant roles in a number of private sector companies. Prior to joining GSA, he served at the U.S. Immigration and Customs Enforcement (ICE), where he stood up the RPA program for ICE and delivered some of ICE’s largest systems.

James has a track record for success and is committed to delivering high-quality solutions and providing the highest levels of customer service. He leads by example and constantly seeks to inspire his team to meet or exceed organizational and personal goals.

James earned an MBA with a concentration in technology management from the University of Phoenix and a Bachelor of Arts in computer information science from Bethany College. 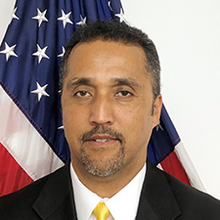 Drew Jaehnig – Industry Practice Leader, Bizagi (Business Agility) with 27 years of management and supervisor experience. Drew has successfully managed large globally dispersed staffs for the Department of Defense in some of the most challenging environments. He is also a process improvement and customer experience expert and has been helping organizations with on-boarding issues for over a decade. 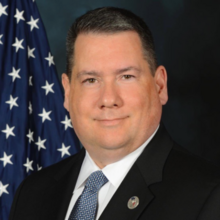 Ranjeev Mittu is the Branch Head for the Information Management and Decision Architectures Branch within the Information Technology Division at the U.S. Naval Research Laboratory.  He leads a multidisciplinary group of scientists and engineers that conduct research in visual analytics, human performance, decision support systems, and enterprise systems development. Mr. Mittu’s research expertise is in multi-agent systems, artificial intelligence, machine learning, data mining, and pattern recognition and anomaly detection. He has a track record for transitioning technology solutions to the operational community, and received a technology transfer award at NRL in August 2012 for his contributions to USTRANSCOM.  He has coauthored one book, coedited four books, and written numerous book chapters and conference publications and received an MS in Electrical Engineering from The Johns Hopkins University. He is currently participating in (1) The Technical Cooperation Program (TTCP) which promotes scientific exchange between New Zealand, UK, Australia, Canada and USA; (2) the NATO Information Systems Technology Panel; and (3) the DoD Reliance 21 C4I Community of Interest.  He has previously served as a Subject Matter Expert for the Joint IED Defeat Organization (2007-2008), participated as a member of the Netcentric Systems Test working group in collaboration with the U.S. Army Program Executive Office for Simulation, Training, and Instrumentation (PEO STRI), and served on NRL’s Invention Evaluation Board (IEB) to evaluate technologies and concepts for potential filing with the USPTO (2006-2008). 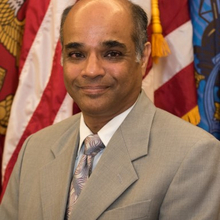 Barbara C. Morton assumed her current duties in July 2016 when she joined the Veterans Experience Office (VEO) as Deputy Chief Veterans Experience Officer. In this role Barbara is responsible for building a lasting customer experience capability at VA and sharing best practices across sister Federal Agencies. She was a recipient for the Gears of Government President’s Award (2019) and the Service to the Citizen Award (2019) for her role in transforming VA’s capabilities to provide Veterans with an excellent customer experience.

Barbara joined the Department of Veterans Affairs in 2006 as a Staff Attorney at the Board of Veterans’ Appeals (Board). She served the Board in a variety of other capacities, to include Special Counsel to the Appellate Group, Special Assistant to the Vice Chairman, Executive Assistant to the Chairman, and Executive Director for the Office of Management, Planning & Analysis. While at the Board, Barbara stood up and led the Board’s Appeals Modernization OIT efforts, which included securing industry technologists from United States Digital Service to develop and launch new appeals platforms.

A native of Rockport, Massachusetts, Barbara attended Skidmore College in Saratoga Springs, NY, earning a degree in psychology and philosophy. After receiving her J.D. from Suffolk University Law School, Barbara completed two clerkships in the New England area and thereafter pursued an LL.M. in constitutional law at Georgetown Law. She has published a variety of law review articles, including two pieces relating to posttraumatic stress disorder. Barbara dabbles in the arts, to include painting, photography, ceramics, and stained glass, and she loves following professional tennis and basketball. She also enjoys volunteering for various Veteran-centered causes, to include events at Arlington National Cemetery and the annual Toys-for-Tots campaign. 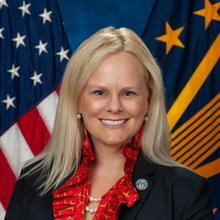 Ms. Erica Thomas works for the Office of the Secretary of Defense (Comptroller). She is currently the Program Manager for OUSD(C)’s Robotic Process Automation (RPA) initiatives and co-leads the DoD’s RPA Consortium. Outside of DoD, she is an active champion for the Federal RPA Community of Practice and co-led the “Use Case, Process Selection, and Automation Sharing” practice area.

Prior to her current role, she served as the Team Lead for DoD’s Financial Management Reform efforts and as a Senior Accountant in the Business Integration Office, leading enterprise wide Procure-to-Pay initiatives and DATA Act reporting compliance. All told, she has over 14 years of DoD Financial Management experience. 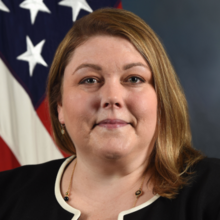 Dr.Ravi Thyagarajan is a Science and Technology (S&T) acquisition professional and currently serves as a Portfolio Director in the Army Futures Command(AFC)/Department of Science and Technology Integration in Austin, TX. Prior to his current role, his most recent assignments were as the Senior Technical Expert in Materials/Product Lifecycle engineering at US Army Tank Automotive R&D Engineering Center (TARDEC), now the Ground Vehicle Systems Center (GVSC) in Warren, MI and also as the Deputy Chief Scientist of TARDEC for over three years. He has also spent over 15 years in the automotive industry at Ford Motor and Visteon Corporation, where he was involved in all aspects of the product development lifecycle of automotive interiors.

Dr. Thyagarajan has provided technical leadership for almost 30 years in the areas of design, development, and analysis of ground vehicles and occupants, pertaining to structural optimization, ground vehicle crash/blast-worthiness, occupant safety, and light-weighting. His accomplishments have resulted in designs, tools and methodologies that have greatly benefited both the commercial automotive and defense vehicle sectors, and his pioneering research has led to significant subsequent advances by other engineers and scientists. His foundational work in modeling and simulation as applied to automotive interiors and ground vehicle survivability continues to be the standard operating processes in OEM and supplier companies, both commercial and military/government.

He received his Bachelor’s degree in ME from the Indian Institute of Technology, Madras, and his M.S. and Ph.D. degrees in Applied Mechanics from Caltech, Pasadena. He has four patents, written over 80 technical papers and is Co-organizer of SAE Congress sessions and Journal Editor for the SAE Journals. In 2013, he received the SAE Forest R McFarland Award. He has received the Army Materiel Command Systems Analysis Awards in 2010 and 2012. In 2013, 2015 and 2019, he was coauthor of research publications that won the Ground Vehicle Systems Engineering and Technology Symposium (GVSETS) Best Paper Award. In 2017, he received the Army Commander’s Award for Civilian Service, and in 2018, Dr. Thyagarajan was elected as a Fellow of the Society of Automotive Engineers (SAE). 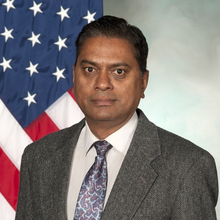 Jon Walden currently serves as the CTO – Americas for Blue Prism Software. Jon is a solutions-focused Executive with more than 30 years of success across a wide variety of industries. Leveraging extensive experience in technology he has been a valuable advisor for organizations seeking guidance in aligning the business with growth initiatives. With deep roots in diverse technologies, Jon Walden thrives on helping to solve challenging and complex business problems faced by organizations. 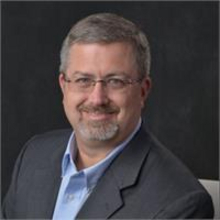 Agencies who manage claims and benefits have a particular interest in applying RPA toward facilitating the processing of new applications. Automation has already shown considerable promise for expediting claims verification that previously would have resulted in weeks of potential wait time. Hear from agency officials at the forefront of applying RPA to longstanding services for improving customer experience and ease of use.

Wings of the federal government dedicated to national security have begun exploring RPA to streamline information management and critical decision-making. Hear from defense-minded government executives on how agencies that work alongside the U.S. armed forces have begun looking into automation technologies to support their workforce and improve process efficiencies.