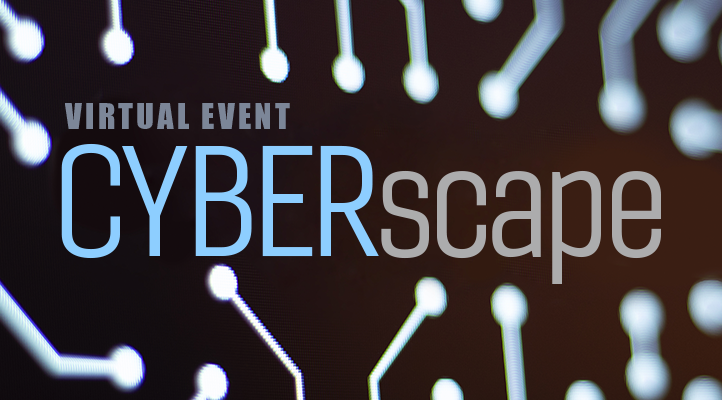 What challenges and opportunities exist to modernize agency systems to secure the nation’s most critical IT operations amid COVID-19? Hear from cybersecurity leaders from the Department of Health and Human Services, Veterans Affairs, Defense Health Administration and more about how their agencies are strategically ramping up and scaling IT capabilities to monitor, meet and successfully prevent cyber threats. 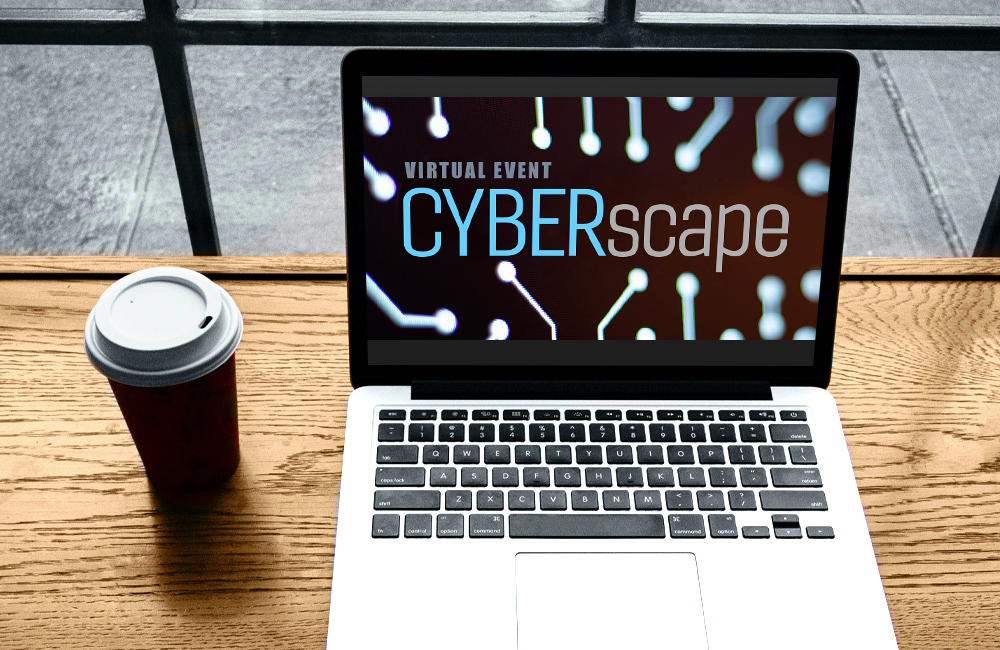 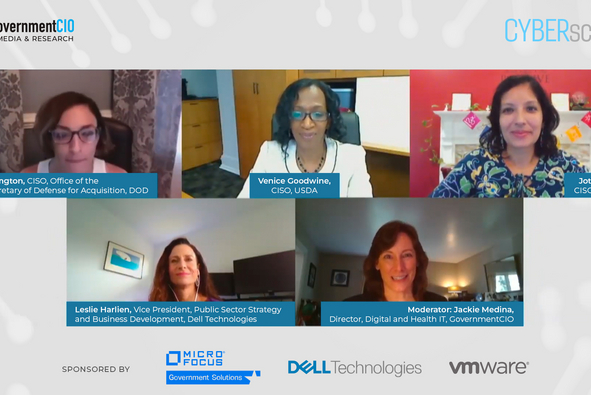 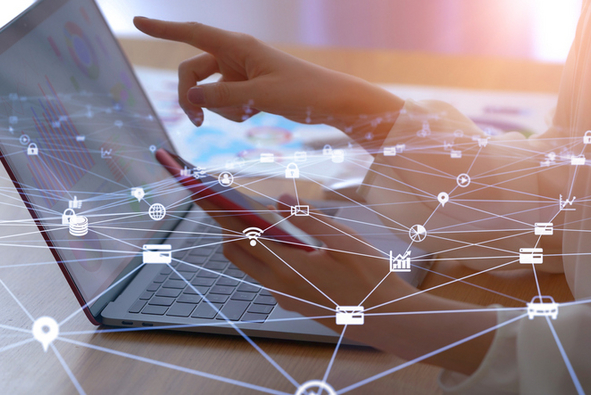 Next-Gen Cybersecurity Must Account for Complexity and Variability
A revolution in remote work and internet of things necessitates cybersecurity measures that cover the corresponding risk.
Adam Patterson 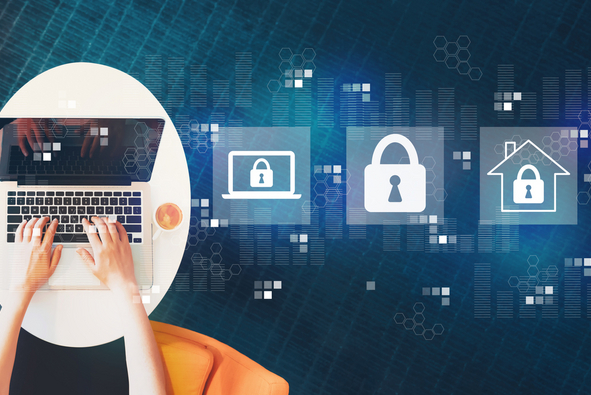 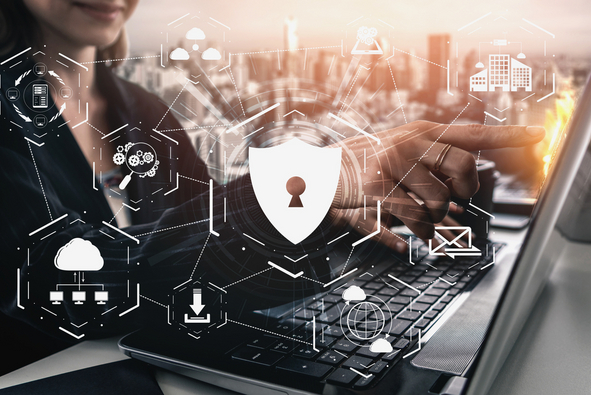 More Women and Minorities Needed in Cybersecurity
'Soft skills' are among the top traits for strong cyber leadership, according to federal CISOs. 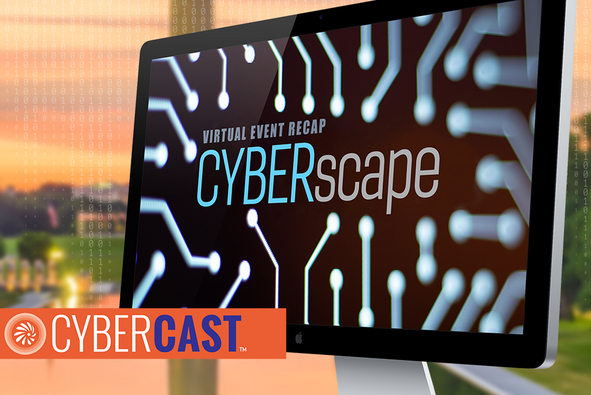 Mr. Amerson has over 20 years of proven technical experience and leadership in both Information Technology (IT) and Cybersecurity for the Federal Government. His last seven years have been with the Department of Veterans Affairs, where he currently serves as the Director of Cybersecurity Management. Previously he served there as the Acting Director of the National Data Center Operations and Logistics program office and the Director of Infrastructure Technology Architecture Management. He has a bachelor’s degree in Computer Information Science and has achieved over 16 professional certifications in IT and Cybersecurity.

He began his career in IT with the Department of Information Management in the Texas National Guard Joint Force Headquarters and served in various positions, from the Customer Support Desk to Chief Technology Officer, over the course of his career there. Furthermore, Mr. Amerson’s professional career with the National Guard encompassed a variety of cybersecurity responsibilities, including Deputy of the Computer Emergency Response Team to his last position with the military as the Deputy of the Defense Cyberspace Operations Element. In June 2018, Mr. Amerson retired from the Army National Guard, with over 32 years with the Army and National Guard serving in various primary leadership positions, both deployed in combat and stateside. In addition, Mr. Amerson is also a graduate of the Army Cyber Center of Excellence.

Outside of work, he volunteers as a coach and technical mentor for Cyber Patriots, educating high school students in the art and science of cybersecurity. The Cyber Patriots compete at the national level, where his teams have received Congressional recognition, national and state awards, college scholarships, grants, and a Cedar Park City, Texas, proclamation. 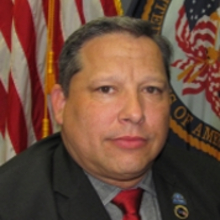 As the CISO (A), Ms. Arrington is responsible to ensure the incorporation of integrated security/cyber efforts within USD(A&S) with the purpose of providing a focused and streamlined governance approach and to provide a central coordination point and common compliance standard that serves to synchronize the various existing disparate cyber security efforts and standards across the Department and Industry as it relates to A&S equities.

Ms. Arrington is leading efforts that will help to ensure a robust Supply Chain Risk Management (SCRM), establish Defense Industrial Base Security and Resilience, and establish a common standard in Cyber Security Standards. She also meets with key Cyber personnel (across both DoD and Federal Agencies) as well as legislators to ensure that changes made in the National Defense Authorization Act (NDAA) are supportive in reaching the goals of decreased spending and increased compliance with current and future standards.

Before assuming her position in OUSD(A&S), Ms. Arrington had an extensive career as a legislator and senior cyber executive. Ms. Arrington was a candidate for South Carolina US House of Representative 2018 and a South Carolina State Representative for 2 terms. She has substantial experience and capabilities in cyber strategy, policy, enablement and implementation across a wide range of domains, including DoD, Federal, Healthcare and State. She acquired her experience in cyber over the past 15 years with Booz Allen Hamilton, Centuria Corporation and Dispersive Networks. This has given her the unique experience of working at a large business, small business and non-traditional contractor for the government. She attended Canisius College in Buffalo, NY. 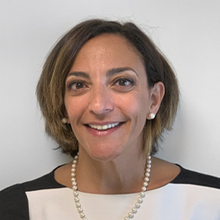 Katie Arrington
CISO, Office of the Undersecretary of Defense for Acquisition, DOD

Sean Connelly is a Senior Cybersecurity Architect at the Office of the Chief Technology Officer within the Department of Homeland Security at CISA.

Sean has 20 years of IT experience, with 15 years in the Federal space. For the last 6 years, Sean has been at DHS, where he has helped lead the TIC Initiative, including the recent updates towards TIC 3. In 2017, Sean assisted in crafting the White House’s IT Modernization Report, which gave direction to update the TIC Initiative. Sean has also been involved with DHS’s CDM Program since its inception and helped lead the rollout of their latest sensor’s deployment, known as EINSTEIN 3A. Before his time at DHS, Sean was a contractor for the State Department, where he helped lead State’s involvement with the initial TIC activities, all the way back to TIC 1, in 2007.

Outside of work, Sean has a Master’s in Information Systems Technology from George Washington University. Considered one of the hardest certifications in the industry, Sean holds two Cisco CCIE’s – one CCIE in Routing and a second CCIE in Security. 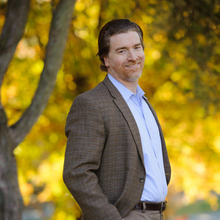 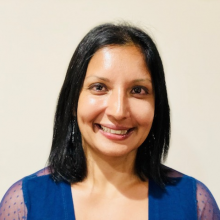 John Fanguy is a former Federal technology executive and has spent 30 years at Federal and Fortune 1000 organizations. During his 14 years at Accenture, he served clients globally designing, developing, and operating innovative solutions in customer care, infrastructure operations, financial systems, and logistics. John has more than a decade of helping deliver innovative Federal programs to agencies throughout the Federal government including DoD, DHS, Commerce, and HHS. John received his Bachelor and Master of Electrical Engineering from Georgia Tech. He is an active mentor to early stage, leading-edge software technology companies. 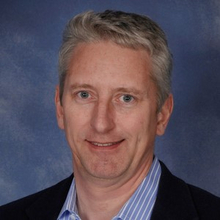 Goodwine is married to Air Force Chief Master Sergeant (retired) Rod Goodwine; together they have six children and one grandchild. 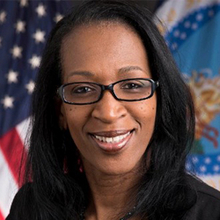 Leslie Harlien is vice president of Public Sector strategy and business development teams for North America at Dell Technologies. With a career spanning 25 years at Dell, her experience includes numerous sales and leadership positions across the company. Leslie joined Dell in 1995, where she began her career in several account management roles. In 2006, she became a regional sales director, responsible for Dell’s large public sector customers in the Central United States. In 2013, Leslie became the executive sales director for commercial customers in the Central and Eastern United States. Leslie’s most recent position was vice president of sales, serving corporate customers as well as education, healthcare and state and local government customers and their respective Dell teams in the South Central United States.

Prior to joining Dell, Leslie started her career as an area director for Extend-A-Care in Austin, Texas. She serves on the Advisory Board for the Business School at the University of Incarnate Word and is involved in her community as a wish granter for the Make-A-Wish Foundation of Central Texas.

She received a B.A. from the University of Texas in Austin. Leslie resides in Lago Vista, Texas, with her husband and two children. She enjoys traveling, sports, and spending time outdoors. 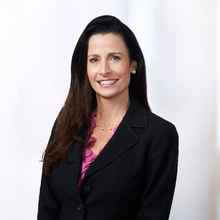 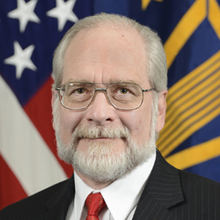 Dr. Ross previously served as the Director of the National Information Assurance Partnership, a joint activity of NIST and the National Security Agency. He also supports the U.S. State Department in the international outreach program for cybersecurity and critical infrastructure protection. Dr. Ross has lectured at many universities and colleges including Stanford University, Massachusetts Institute of Technology, Dartmouth College, Naval Postgraduate School, and George Washington University. A graduate of the United States Military Academy at West Point, Dr. Ross served in many leadership and technical positions during his twenty-year career in the United States Army. While assigned to the National Security Agency, Dr. Ross received the Scientific Achievement Award for his work on a national security project and was awarded the Defense Superior Service Medal. Dr. Ross is a five-time recipient of the Federal 100 award for his leadership and technical contributions to cybersecurity projects affecting the federal government and is a recipient of the Presidential Rank Award. He has received the Department of Commerce Gold and Silver Medal Awards and has been inducted into the National Cyber Security Hall of Fame. Dr. Ross has been selected as an (ISC)2 Fellow and inducted into the Information Systems Security Association Hall of Fame receiving its highest honor of Distinguished Fellow.

During his military career, Dr. Ross served as a White House aide and senior technical advisor to the Department of the Army. He is a graduate of the Defense Systems Management College and holds Masters and Ph.D. degrees in Computer Science from the U.S. Naval Postgraduate School specializing in artificial intelligence and robotics. 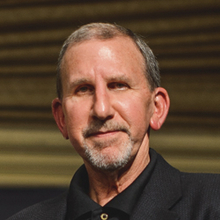 Mr. La Monte Yarborough is currently the Chief Information Security Officer (CISO) for the Health and Human Services Office of Inspector General (OIG). La Monte has held former roles as the CISO at the Department of Homeland Security (DHS) Headquarters, as well as the CISO at the Federal Emergency Management Agency (FEMA). He was involved in standing up HQ DHS’ information security organization from the ground up. Prior to his work at DHS, La Monte served as a consultant and spent over 20 years in the U.S. Army specializing in information technology. He holds Master's of Science degrees in cybersecurity and information assurance, and is also a Certified Information System Security Professional (CISSP). 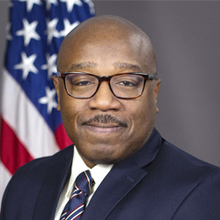 Raymond Lo Presti brings more than 35 years of leadership, program management and solution development experience to his role as a Sr Solution Architect for GovernmentCIO.  Ray specializes in delivering enterprise value driven technology solutions, directing cross-functional teams, and leading complex projects from conception through completion.  Ray has a diverse background of experiences that includes architecture, assessments, solutions design and delivery, vendor analysis, infrastructure and quality processes. Ray has successfully delivered engagements for Federal and Commercial clients across multiple industries and geographies. Ray earned his Bachelors in Psychology from La Salle University and graduated from the Systems Automation Officers Program from the US Army. 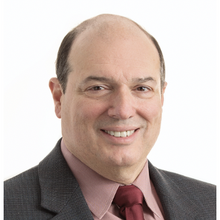 Ms. Medina is an experienced leader with demonstrated success and over 27 years of experience in Federal Digital delivery, Health Information Technology (IT), cybersecurity and privacy support, and medical research and development (R&D). She is a Certified Information Privacy Technologist (CIPT) and Project Management Professional (PMP) with small and large business program management experience. Ms. Medina has prior experience as an independent consultant and as a co-founder in a startup company, and her knowledge and expertise lie at the intersection of IT and health data. 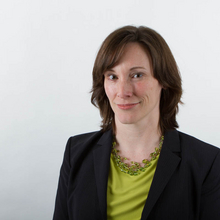 With the coronavirus pandemic straining health care systems, it has become increasingly apparent that security is one of the most critical aspects of trusted data transfer. This includes safeguarding protected patient information tied to COVID-19 hospital admissions, to ensuring data integrity for clinical vaccine research and the timely delivery of medical supplies. In this panel, you’ll hear how agency security efforts are helping save lives.

Cybersecurity positions are in high demand, but there are many workforce challenges to overcome to address federal hiring needs and empower workers. Hear from women in federal cyber leadership share their experiences in the field and the steps agencies can take to strategically recruit, develop and retain a skilled cyber workforce.