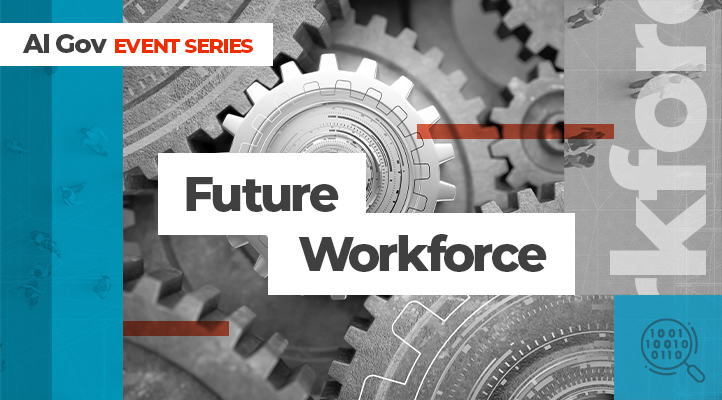 Artificial intelligence is increasing productivity and driving federal agency missions forward. But challenges remain on getting the workforce productive and integrated into the technology, and also hiring and recruiting the best talent. AI leaders discuss change management principles and how they are upskilling and training the next generation of the public service AI workforce. 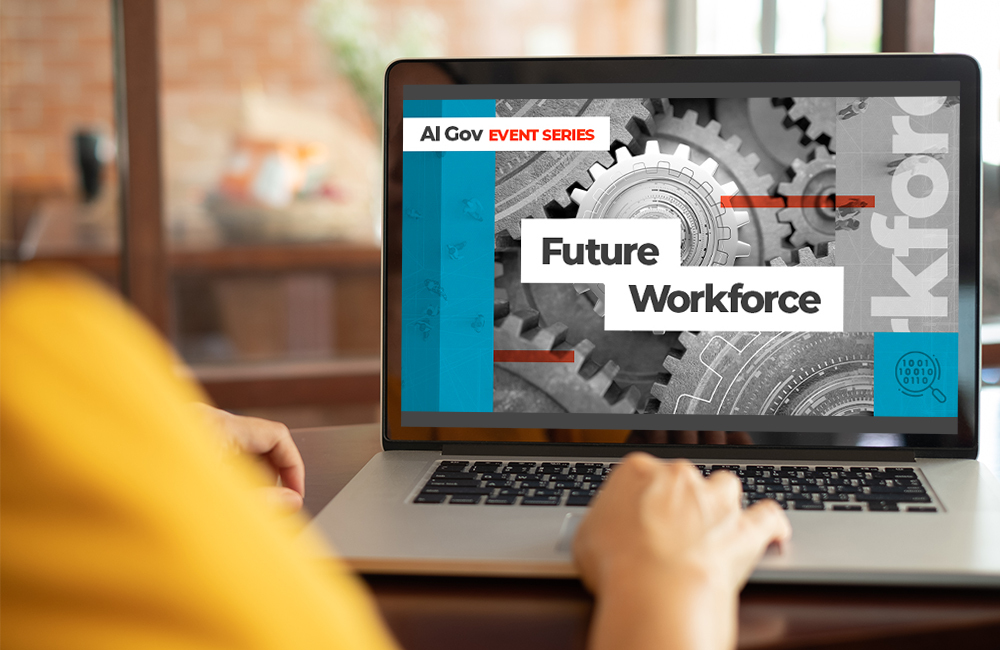 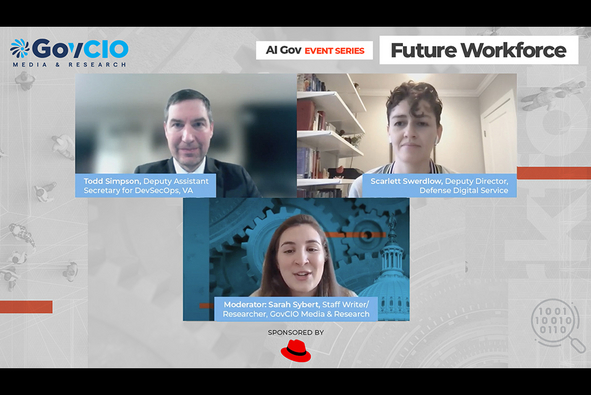 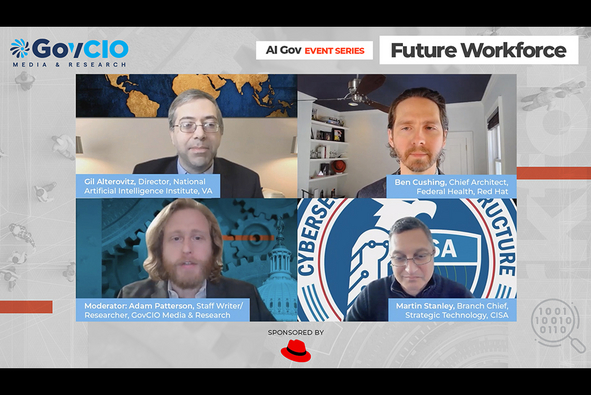 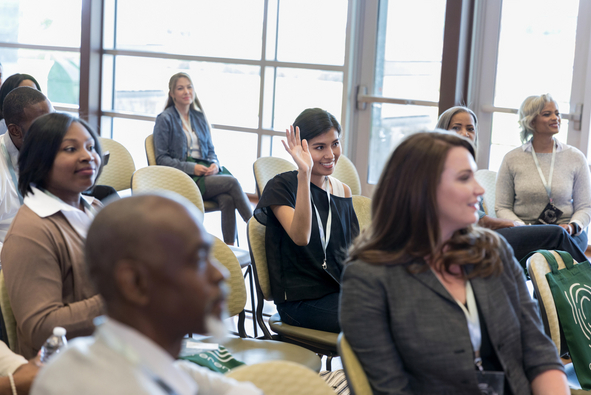 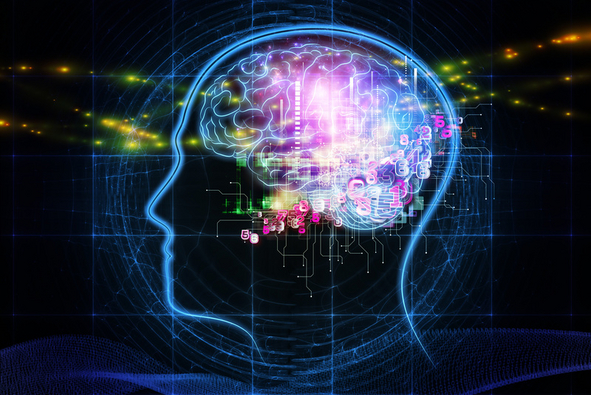 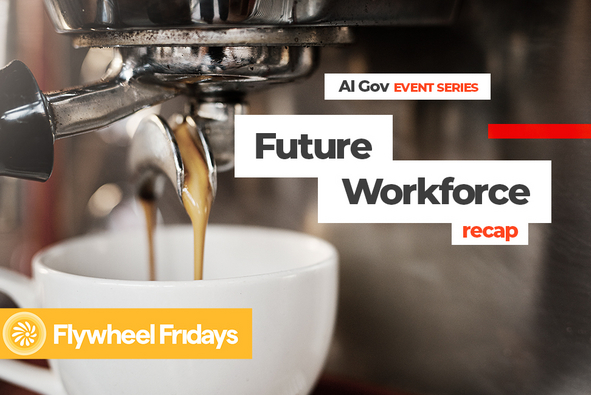 Gil Alterovitz is the director of the National Artificial Intelligence Institute (NAII) at the U.S. Department of Veterans Affairs (VA). NAII seeks to develop AI research and development capabilities at the VA as a means to support veterans, their families, survivors, and caregivers. The Institute also designs and collaborates on large-scale AI research and development initiatives, national AI policy, and partnerships across agencies, industries, and academia. Dr. Alterovitz has led national and international collaborative initiatives for developing novel informatics methods and approaches for integrating clinical, pharmaceutical, and genomic information, from research to point-of-care. He is a member of the Precision Medicine Task Force under the White House’s Office of the National Coordinator. He is also one of the core writers of the White House Office of Science Technology and Policy’s National Artificial Intelligence Research and Development Strategic Plan, which was recently updated. The policy supports a national AI initiative and includes an additional strategic priority for public-private partnerships. He has degrees from the Massachusetts Institute of Technology and Carnegie Mellon in electrical, biomedical and computer engineering (including a doctorate). He’s a professor at Harvard Medical School and the Computational Health Informatics Program at Boston Children’s Hospital. His work on integrative methods for “big data” in the biomedical informatics space has been published or presented in more than 50 peer-reviewed publications ranging from academic journals and international conferences to three books (including “Systems Bioinformatics: An Engineering Case-based Approach,” ranked #1 in new Amazon bioinformatics category). 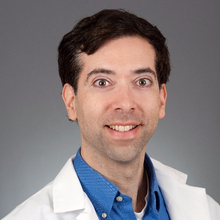 For two decades, Ben Cushing has been a leader in emerging technology solutions across multiple industries and is committed to radical innovation in healthcare. Before joining Red Hat, he served as the Chief Technology Officer for MDLogix, a behavioral health IT firm supporting Johns Hopkins Medicine. There he architected and brought to market a behavioral health cloud platform for use with employer, healthcare, and education markets.

In addition to supporting analytics and operations at the National Institutes of Health for 6 years, Cushing had the opportunity to practice a scaled agile framework with Accenture where he led the technical architecture and design for the Department of Veterans Affairs’ (VA) Electronic Health Management Platform, an industry leading Health Management and Care Coordination platform serving 9 million patients.

His tenure at Accenture began with the acquisition of Agilex, where he designed LSI solutions, developed systems to automate the Post-9/11 GI bill, and supported in-theater data collection and analytics tools. While at Agilex, Ben architected and led the development of a mobile Software Development Kit, still in use today by the VA to produce more than 60 applications. 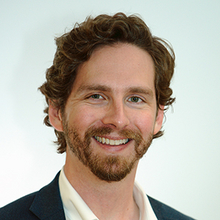 Mr. Todd Simpson serves as Deputy Assistant Secretary, DevSecOps within the U.S. Department of Veterans Affairs Office of Information and Technology. He has 30 years of information technology (IT) leadership and management experience from the private sector and the Federal Government. For the last 15 years, he has led at the executive level focusing on strategic planning, technology modernization, organizational development, and operational efficiency.

He worked in the IT field as a systems analyst, developer, network engineer, IT manager, and Chief Information Officer (CIO) in the private sector for 18 years.

In 2010, Mr. Simpson began his Federal Government career as the CIO for the U.S. Department of Justice Criminal Division in Washington, D.C. As the CIO, he led the IT and litigation support units, which supported over 2,000 investigators. Under Mr. Simpson’s leadership, the organization reduced the annual IT and litigation support budgets by more than 50 percent, achieved a net annual savings of more than $3 million from data center and server consolidation, and implemented a disaster recovery and continuity of operations solution that increased network and application availability by 22 percent and realized an annual cost savings of $3 million.

In 2014, Mr. Simpson was appointed to the Senior Executive Service (SES) as the Associate Chief Information Officer at the U.S. Department of Transportation (DOT). His responsibilities included leading the IT Shared Services organization that supported 72,000 users; providing the vision, leadership, and oversight in the development of the strategic direction of DOT’s Common Operating Environment and Enterprise Architecture; as well as IT policy and procedure planning, formulation, and direction.

From 2015 to 2018, Mr. Simpson was the CIO at the U.S. Food and Drug Administration (FDA) in Washington, D.C. In this role, Mr. Simpson was responsible for providing IT services and support to approximately 25,000 federal personnel and contractors that comprised the FDA community throughout the continental United States and internationally. During his time at FDA, Mr. Simpson developed a cloud brokerage model, moved over 10 percent of FDA’s application portfolio to the cloud, modernized technology, fundamentally transformed the agency’s security posture, automated dozens of legacy workflows, and created a true DevOps framework. 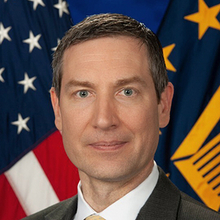 Martin Stanley, CISSP, is the Branch Chief for Strategic Technology at the Cybersecurity and Infrastructure Security Agency (CISA). Martin previously led the Cybersecurity Assurance Program at CISA and the Enterprise Cybersecurity Program at the U.S. Food and Drug Administration. Prior to his federal service Martin held executive leadership positions at Vonage and UUNET Technologies. Martin is co-author of Digital Health: Understanding the Benefit-Risk Patient-Provider Framework, published by Oxford University Press (March, 2021). 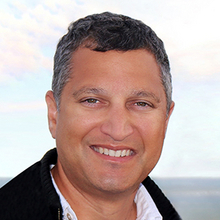 Scarlett Swerdlow is the Acting Deputy Director of Defense Digital Service. In that role, she is responsible for developing new DDS projects and engaging with key stakeholders. Scarlett joined DDS in 2020 as the organization’s first data scientist. She built DDS’s data team and established DDS as a strategic partner in the Department’s efforts to become a data-centric organization.

Prior to joining DDS, Scarlett worked at Civis Analytics as a data scientist, data science lead, and ultimately director of data science. Throughout her career as a data scientist, Scarlett has helped dozens of companies, nonprofits, state and local governments, and federal agencies — such as the Bill & Melinda Gates Foundation, the American Red Cross, the State of Illinois, FDNY, and FEMA — become more effective data-driven organizations.

Scarlett is a lecturer at Columbia University’s School of International and Public Affairs where she teaches a class on data analysis and public policy. She has also spoken at conferences convened by SXSW, Bloomberg, the Association of National Advertisers, and the Nonprofit Technology Network. She holds a Master’s in Public Policy from the University of Chicago Harris School and a Bachelor’s from the University of California, Berkeley. 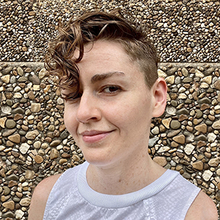