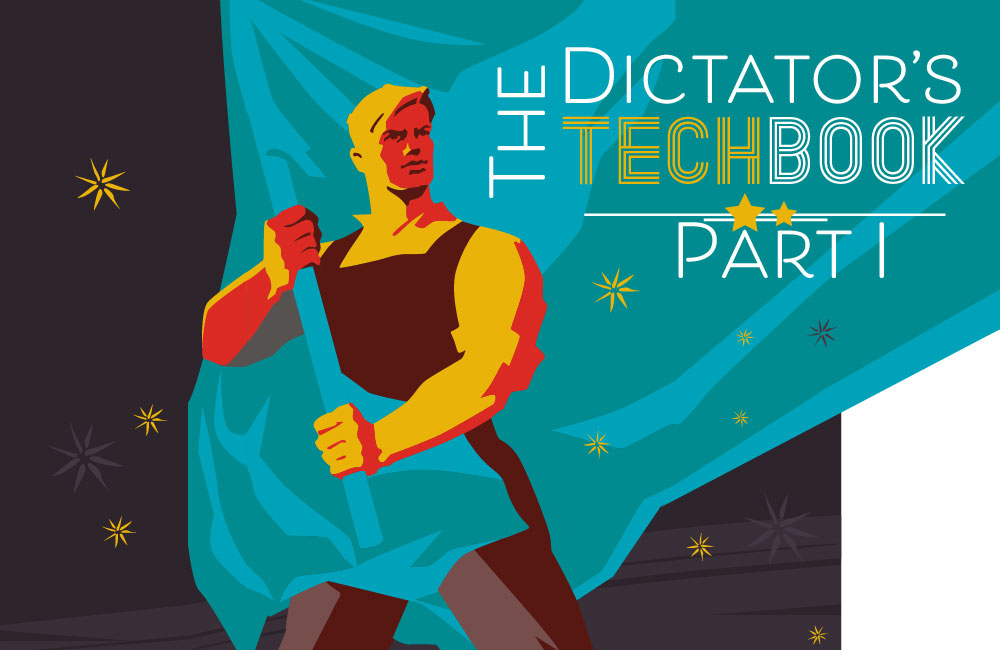 Emerging technology has the potential to aid aspiring autocrats. Technological progress has rarely matched the most rosy predictions of technological optimists.

After winning a Google coding competition, 18-year-old Nji Collins Gbah left his home town in Anglophone Cameroon for Yaounde, since the government shut down the internet in his home region. Without internet in Cameroon’s “Silicon Mountain” businesses went under, and tech startups faltered or moved abroad. As Google’s first African coding contest winner, people like Gbah  are the country’s future. In a state largely dependent on natural resources, those seeking to bring innovation and interconnection with the world sometimes find themselves caught up in domestic political competition and a region spiraling out of control.

According to many, technology is a great democratizing force — it may prove so in the long run. We frequently hear ‘techno-optimists’ say that the tech breakthroughs and products of the past 10 - 20 years magnify the voices of the small, reduce government control and encourage greater freedom. They say that technology will scare dictators into changing their behavior — that the threat of losing power should encourage them to take increasingly productive stances vis-a-vis human rights and economic freedom. Tech breeds interconnectivity — interconnectivity breeds democracy — democracy breeds peace. This optimism is misplaced.

If government leaders want to curtail freedom in the name of regime survival, they will use every tool at their disposal. In autocratic hands, many technologies increase the reach of government — more control of the population, more insight into citizen thoughts and feelings, more avenues for patronage. Technology doesn’t change the underlying realities on which repressive regimes depend — fear, rapacity, power, cruelty, desire for order, and loyalty.

We will take a look at technologies that have made waves around the world. For this series, we explore a catalog of restrictive uses of these technologies — how they have been applied to nefarious purpose.

Internet infrastructure is expensive. In the West, it is normally in the hands of private utilities and corporations. But in many developing countries, the internet must be subsidized or built by the government. When a government and any segment of its population differ on political goals, access to the internet itself can become a tool of political competition.

In Cameroon from late 2016 - 2017 (though still ongoing), a series of protests erupted in the northwest and southwest regions of the country, in the more technologically advanced, largely English-speaking, English Common-law governed region of the country. Partially in response to the appointment of Francophone judges in the majority Anglophone teachers, lawyers and activists sparked protests that have since spun out of control.

Whoever is winning at the moment will always seem to be invincible. - George Orwell.

The government of longtime billionaire president and revolutionary Paul Biya responded with force, by beating protestors and activists. On the one hand, some protesters clearly wanted to split the country and create the independent state of Ambazonia. The government’s operations against these “terrorists” resulted in hundreds of injuries and upwards of 500 dead. But the contest was not simply managed in the public square. Access to the internet itself became a battleground.

The Cameroonian government did not, at that time, have an effective online presence, while the ‘activists’/‘terrorists’ did. Reports claim the government took down the internet in the entire English-speaking part of the country. Businesses, students and the middle class were severely affected. Those who wanted to communicate with the outside world had to travel to Nigeria or to the majority-French-speaking parts of the country. Though government spokespeople denied any meddling, internet in the region remained offline for 94 days.

Because of the nature of Cameroonian political economy, telecom and internet providers must remain on the government’s good side.  When pressured to restrict access to services or to turn over information on potential malefactors, they reportedly complied. Based on reports by locals in English-speaking Southern Cameroon, the major internet and telecom providers MTN, Orange, Nextel, Camtel and YooMee all implemented geographically-based social media restriction.

The government was not entirely wrong in its assessment of separatist objectives of the opposition, but neither are the ruling coalition’s hands clean. What started as a peaceful protest of teachers and lawyers morphed into low-grade armed conflict, with over a dozen government officials and security officers being killed and widespread claims of arson and attacks by government-aligned forces. The disdain shown to the region and the indiscriminate nature of the response certainly played some role in stoking further opposition.

Before the election on October 7, government  forces reacted strongly to potential unrest, using the threat of instability to galvanize support for maintaining the political status quo. For more than 40 years, President Biya has retained power through the usual means of repression, favors to political allies, and the brand of non-development common to African autocrats. It is hard to predict how the conflict will turn out, but one thing is clear: The internet is not an inexorable force for democratization and social activism. It can also be a rough tool of repression and control. The region has since spun out of control into armed conflict, as the president seeks to extend his 36-year rule (as of this writing, the electoral commission is counting votes and has yet to issue an official ruling as to the victor). The conflict continues:

Though unique, Cameroon’s protests are not the only time a government took down the internet to control dissent. In Ethiopia, Mali, Uganda and the Democratic Republic of the Congo, there have been targeted or general shutdowns over the last two years. Though organizations like Internet Sans Frontières work to ensure the internet is accessible to all, it is hard to imagine governments that do not allow freedom of speech suddenly changing their tune  with regards to the internet. If you rule by controlling access to resources and privileges within your country, doling out rewards to favored allies, why would you concede to the forces of “democracy” and “free speech”? Wouldn’t you see every new technology as either a threat to your power or a tool to improve regime’s security?

After decades of optimism driven by developments in the West, we will explore how the technologies that make our lives better might be used for the worse. In subsequent articles, we will cover the repressive uses of other technologies — facial recognition, social media, blockchain, biometrics, channels of dissent (leaks and whistle-blowing channels), communication apps, and artificial intelligence & predictive analytics, to name a few. Are these tools destined to serve the dignity of mankind or maybe the opposite?

This is the first in a series of articles examining the power that emerging technologies offer political figures. Future articles in the series include:

Matthew van Putten is an assistant editor for GovernmentCIO Media. A graduate of Johns Hopkins SAIS Strategic Studies and International Economics programs, he focuses on strategic affairs, Chinese financial markets, African politics and the impact of technology on international politics. Read his series of articles on ZTE here and here.