Some programs look toward advancements that could affect other government uses of AI, including law enforcement, emergency response and medical uses.
Kevin McCaney 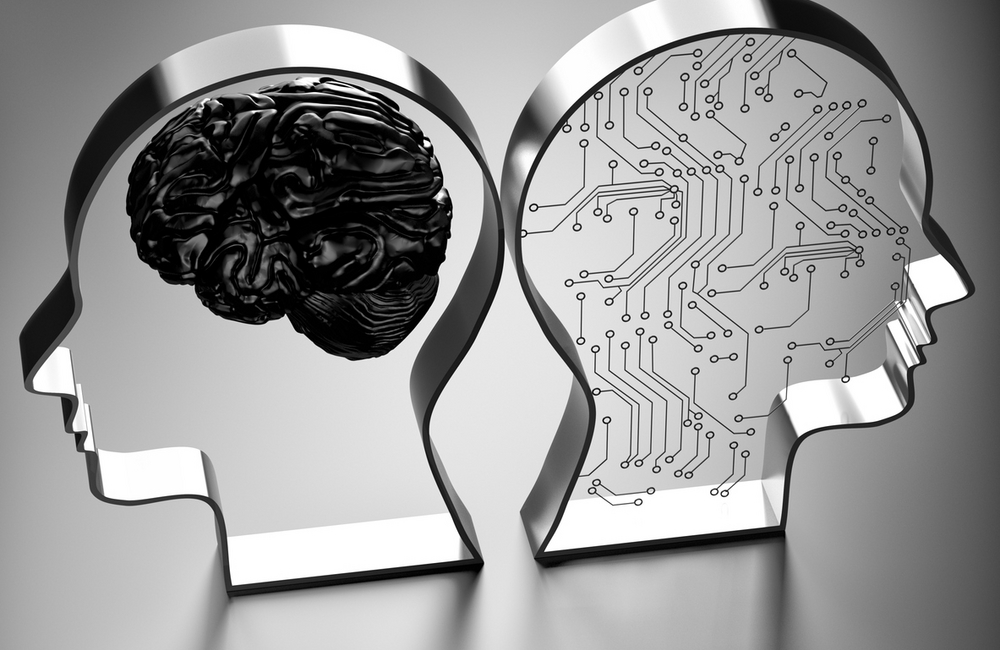 Artificial intelligence machines are still a long way from the agile, haughty humanoid machines popular in science fiction novels and movies, and an increasing number of TV commercials. But in some respects, they might not be too far off, to judge from work being done on the next generation of AI systems.

If Defense Department researchers have their way, the next wave of AI systems will be able to think on their feet to a degree they can’t now. And, when necessary, they will engage in a kind of Vulcan mind meld with their human counterparts.

Those are the goals of two projects included in the Defense Advanced Research Projects Agency’s AI Next campaign, a $2 billion effort to fast-track development of what DARPA calls the “third wave” of AI technologies. Along with creating robust, reliable AI systems to handle essential everyday jobs such as security clearances, software accreditation and power usage, AI Next also shoots for the stars with regard for the near-term possibilities of AI.

In one scenario envisioned by one program, robotic systems would be able to improvise on the battlefield, adapting to surprises from an enemy, sudden changes in weather conditions or unanticipated turns into strange, difficult terrain. In the other, researchers plan to build on work that’s been done on computer-brain interfaces to create a telepathic connection between humans and their machines.

The research holds promise not only for the military, but also for other uses, such as law enforcement, emergency response and a range of medical applications.

DARPA is looking to catch the third wave fast through a streamlined “Dispruptioneering” contracting process, which gets new ideas from design to proof-of-concept within 18 months. The agency’s Artificial Intelligence Exploration (AIE) program issues occasional AIE Opportunity solicitations, followed by a simplified proposal, contracting and funding process, with initial awards worth up to $1 million.

AI systems to date have impressive track records, but they still mostly operate in their own narrow worlds, depending on precise programming and extensive training to perform pre-designed tasks. The same first-wave AI that’s a master of the game Go, for instance, might not know how to play tic-tac-toe if it weren't programmed for it. Show a small child a ball and a block, and she’ll immediately pick up on the difference and never mistake the two. A first-wave AI system also will learn the difference, of course, but it might take 10,000 examples and “lessons” before you can be sure it knows which is which.

Second-wave systems are able to learn on the job, filtering information through computational layers that help them reach their own conclusions. Those systems contribute significant improvements to fields such as driverless cars and natural language processing — and can explore research possibilities beyond the grasp of humans — but they are still specialists trained for specific tasks within established parameters.

Third-wave systems will be able to think outside the box, learning and thinking more like humans do, in order to make them more effective as “partners in problem-solving” with humans, according to the DOD's plans. DARPA launched AI Next in September with a multi-year commitment to spend $2 billion on new and existing programs. DARPA has about 20 new AI programs and uses AI in more than 60 programs overall. A look at a couple of them offers a glimpse of what the near future might hold.

AI in the Loop

The SAIL-ON program, for Science of Artificial Intelligence and Learning for Open-world Novelty, intends to develop algorithms that can allow AI systems to react to the unexpected, being able to perform in dynamic, changing situations on the battlefield.

“Imagine if the rules for chess were changed mid-game,” Ted Senator, program manager in DARPA’s Defense Sciences Office, said in a DARPA report. “How would an AI system know if the board had become larger, or if the object of the game was no longer to checkmate your opponent’s king but to capture all his pawns? Or what if rooks could now move like bishops? Would the AI be able to figure out what had changed and be able to adapt to it?”

A self-driving car, for example, can follow directions, stay on the road, and recognize traffic signs, other vehicles and pedestrians. But it still operates within clearly defined systems where the rules of the road are universal. Off-road is another story, particularly for military vehicles operating in unfamiliar terrain with hostile forces looking for the element of surprise (air and sea autonomous vehicles face the same challenges). Current AI systems would have to train on millions of miles of terrain and in countless possible scenarios in order to be ready to react — and even then, they can’t predict every possible situation. SAIL-ON looks to create the technical foundation for letting autonomous vehicles operate on their own, adapting and improvising to  any changing environment according to the military’s OODA (observe, orient, decide, act) cycle, DARPA said.

Meeting of the Minds

The goal for AI in the Defense Department and in government in general is for machines to work in teams with humans. And good teammates sometimes seem to know what the other is thinking, which is what DARPA has in mind with another third-wave program for Intelligent Neural Interfaces (INI). The agency recently released an AI Opportunity focused on building a prototype to expand next-generation neurotechnology — that is, to see if AI and neural technology can be combined to let troops interact with and control remote machines using their brains.

The major challenges to be addressed are “decision-making for sustainment and maintenance of neural interfaces to promote robustness and reliability, and modeling and maximizing the information content of biological neural circuits to increase the bandwidth and computational abilities of the neural interface,” DARPA said.

Brain-computer interfaces (BCI), which allow the brain to interact with a device, aren’t exactly new. Medical researchers are employing them in a number of ways, particularly for patients with spinal cord injuries or other causes of paralysis, as well as potentially allowing patients to control a prosthetic limb. DARPA has pioneered a lot of the research, including a program to develop non-surgical neural interfaces that would allow a soldier (or other person) to interact with a computer. In September, the agency announced a BCI chip that allowed an individual to control three aircraft by thought. The INI program wants to build on that work to make telepathic control of AI systems more common.

It's clear that if DARPA is successful, the way that we think of intelligent machines will be forever changed by third-wave technologies. Those corny commercials with intelligent machines talking with one another and performing various human-like tasks might not seem so farfetched after all.