The 2019 cohort will look for any technology impacting national security.
Amanda Ziadeh 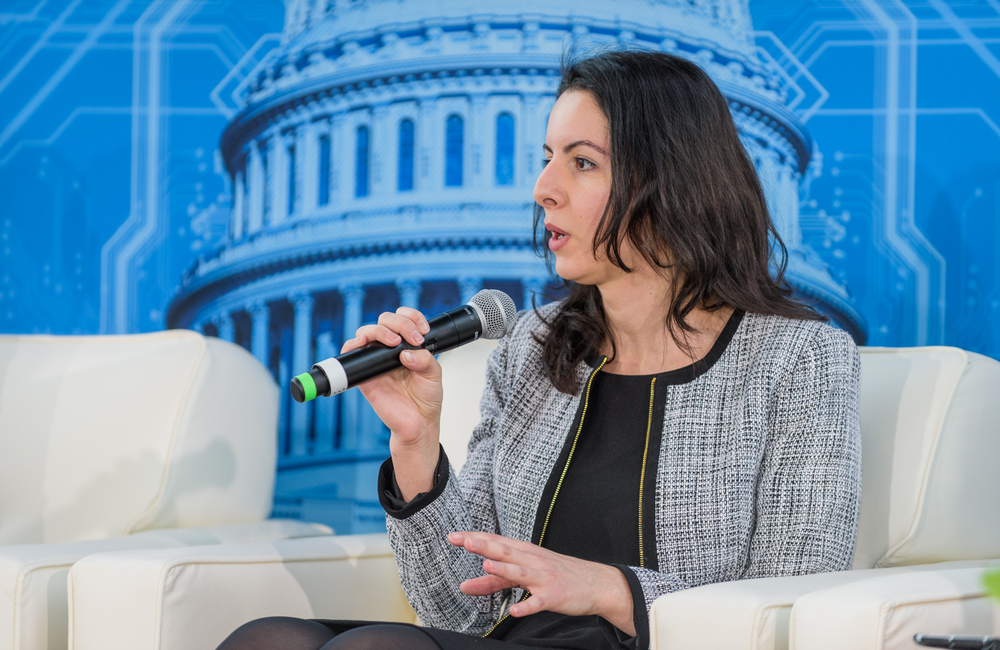 The Homeland Security Department’s tech-to-market program focusing on the transition of innovation to commercialization is expanding from cybersecurity to include all technologies impacting national security.

That’s according to Nadia Carlsten, director of commercialization for DHS’ Science & Technology Directorate, and Transition to Practice program manager. The TTP program identifies cybersecurity technologies from federally-funded research and development sources — like the Energy Department National Labs, partner research centers and universities — and chooses eight technologies after a series of tech pitches to form a cohort.

These cohorts take the tech through training, market validation, testing and evaluation, pilot deployment and outreach to then introduce the tech to potential partners, investors and established companies. The hope is that these technologies get licensed after introductions through tech demo days, or in some cases, spun up into small startup companies with the help of investors.

And thanks to the success of this process and previous cohorts, the TTP program is expanding its focus on cybersecurity.

The way S&T typically assembles these cohorts is by first grasping a broad understanding of the technology needs within government and the private sector. “So when we’re focusing on cybersecurity, some of those needs are similar, but there’s also special use cases we need to take into consideration,” Carlsten said at the Feb. 21 CXO Tech Forum in Arlington, Virginia.

Based on that list of needs, Carlsten and her team begin tech foraging, or reaching out to several R&D sources like federal labs, universities and other establishments developing cutting edge technologies, where they’ll sit through technology pitches.

“This is really the best part of my job,” Carlsten said. “I get to sit and watch hundreds of technologies being pitched to me, and I get to pick the one I think has the most potential in the marketplace.”

At the end of the cohort testing, validation, evaluation and piloting processes, the technologies (hopefully) end up attracting established companies that have products in that market or want to enter that new market. “They come to us and they license those technologies after it has gone through the program and become more mature,” Carlsten said. “We’ve had quite a few of those.”

Or the technology is so promising that S&T is able to form a team around it and get an investor interested enough to spin it out into a new startup. “We’ve had a handful of startups being created out of that cohort as well, and that’s really exciting because we’re really creating companies that didn’t exist before,” Carlsten said.

These companies are still in early stages of development, but Carlsten said a couple of them do have products in the market, are venture-backed or are in the process of venture capital funding.

And thanks to the success of these transitions and the TTP program, an interest grew in seeing if S&T could apply this model to other areas that are of interest to DHS. “So, everything that could be related to national security in a way,” Carlsten said.

So, what does this mean for the 2019 cohort? For one, Carlsten said this expansion will allow the TTP program team to see a wider variety and larger pool of technologies.

And expanding from cybersecurity to tech that impacts national security will require a change in the way S&T prioritizes and categorizes DHS’ needs.

To start, Carlsten said one of the first things S&T will do is talk internally within DHS to identify the priorities in S&T and for all the different DHS components. Carlsten and her team will also talk to current S&T partners from different agencies, the private sector and investor community.

“It’s very important that we’re in alignment,” Carlsten said, “We don’t want a cohort that’s going to be 80 percent AI if the investor community all the sudden is not interested in investing in AI.” This particular scenario is unlikely, Carlsten said, but ensuring that continued alignment is crucial.

“So by talking to those three main groups, we’re going to come up with some way to rank them and prioritize the technologies we’ll look at,” she added.

Throughout this process, DHS S&T plans to stick to its usual timeline. Carlsten said they’re hoping to start the tech foraging and scouting process in the spring. From there, it tends to take about three months to physically go to all the labs and universities to hear the pitches.

The data gathered from tech pitches will be used to decide the ranking, and the team plans to announce the new 2019 cohort at the beginning of the fall.