Defense, Intel Agencies Respond to What COVID-19 Means for Their Employees Skip to main content

Defense, Intel Agencies Respond to What COVID-19 Means for Their Employees 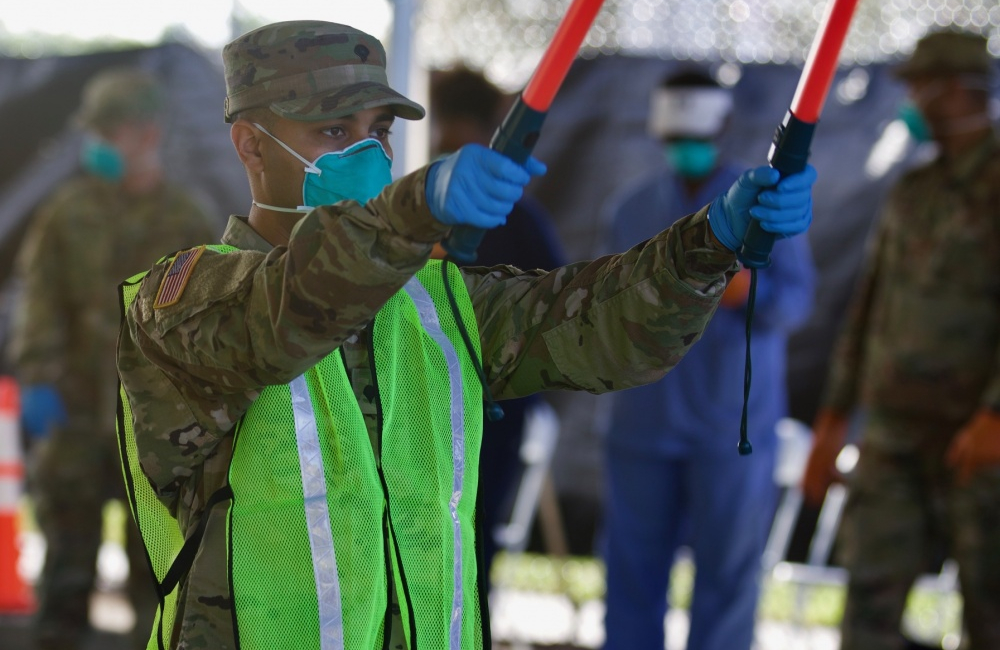 Some agencies are not well-suited for telework due to the classified nature of their work, such as agencies within the Defense Department and the Intelligence Community. Coupled with the importance of their work to national security, which never stops being a critical function of the government, these agencies have tough choices to make regarding telework and alternative work schedules to achieve their mission and maintain control of classified material while also prioritizing the health of their employees.

The Pentagon and other military facilities in the D.C. metro area are now operating at HPCON-C, the second-highest level of health protection conditions (HPCON) for DOD. Employees should “implement remote work procedures as directed by [their] employer,” and “expect cancellation of in-person gatherings … and restricted ability to travel,” as the Army Public Health Center recommends.

Following confirmed cases aboard the USS Teddy Roosevelt earlier this week, Acting Navy Secretary Thomas Modly said the carrier is currently docked at Guam, where every crewmember is being tested for COVID-19. No servicemember is allowed to leave the ship, and it is still operationally capable. The crewmembers who tested positive have been flown off the ship and are in quarantine on Guam, but currently do not require hospitalization. [Edit: On April 13, the Associated Press reported the first fatality among the crew due to complications from COVID-19]

“The guidance to the commanders is pretty clear,” Berger said. “Our force has to be ready to respond when we’re given direction to do so. You need to conduct the training that’s necessary to maintain your readiness. They have changed the way that they’re training to a large degree, where there’s not large bodies in a close, confined space. … They’ve curtailed some training that was nice to do, but not absolutely necessary for their mission-essential tasks.”

Both the Navy and Marine Corps are examining ways to leverage IT to accomplish mission-critical work, including running promotion boards over video conference or moving civilian work off base.

For now, the Army is adopting a “safety bubble” approach to training and operations when possible, based on a risk-based assessment of how critical certain functions are to achieving its mission, McConville said. “The best thing we can do is keep the exposure — the circle of people you’re exposed to — very, very small.”

Service branches are making determinations on what work is mission-critical and what work must be done on base. Army leadership said they were working with bases to decide which facilities must remain open and how, as well as encouraging non-mission-essential personnel to stay home. Another source said that civilians and contractors at some Air Force bases had been given telework permission while active-duty servicemembers are still working on base.

Like the Defense Department, the Intelligence Community may benefit from determining what work is mission critical or must be done in a secure compartmentalized information facility (SCIF) and what work can be temporarily suspended or done in an unclassified setting, like a home office, said Mika Cross, vice president of employer engagement at FlexJobs, a job-search site for remote and telework employment opportunities.

For work that must be done in a SCIF or other secure facility, Cross suggested implementing alternative or staggered work schedules would reduce the number of employees in close contact at one time while allowing these agencies to continue their mission.

Recognizing that agencies in the Intelligence Community will likely have to choose between asking their employees to continue working as usual and using sick leave, the Intelligence and National Security Alliance (INSA) issued recommendations to the intelligence community and its contractors should the spread of coronavirus necessitate a closure of government facilities or other temporary suspension of work.

“The men and women of the trusted workforce are committed to advancing the nation’s security every day,” the report said. “In the face of an unprecedented public health emergency, the federal government should take steps to look out for their health, safety and financial security.”

INSA recommends that any employees in these agencies “should continue to receive their pay and benefits even if their workplace is closed due to health and safety reasons.” If this is unsustainable, it should then be treated like a government shutdown, with agencies guaranteeing employees back pay.

INSA also recommends that the same protections be extended to contractors, not only to treat private-sector employees the same as their public-sector colleagues, but also to “ensure that federal contractors remain able to recruit and retain highly educated and skilled cleared personnel who can support government missions,” an important goal for the IT sector even outside of the pandemic.

Finally, the recommendations ask the acting director of national intelligence to suggest agencies ignore financial hardships that result from this period when reviewing security clearances, and issue guidance for essential personnel to use secure telephones and videoconferencing systems whenever possible.

Earlier this week, both the Office of the Director of National Intelligence (ODNI) and the Defense Department have issued statements saying they will consider “mitigating factors” when examining financial hardship during security clearance review, examining both the financial hardship itself and the circumstances surrounding it.

This story was updated on April 13 to include reports of a fatality onboard the USS Theodore Roosevelt.