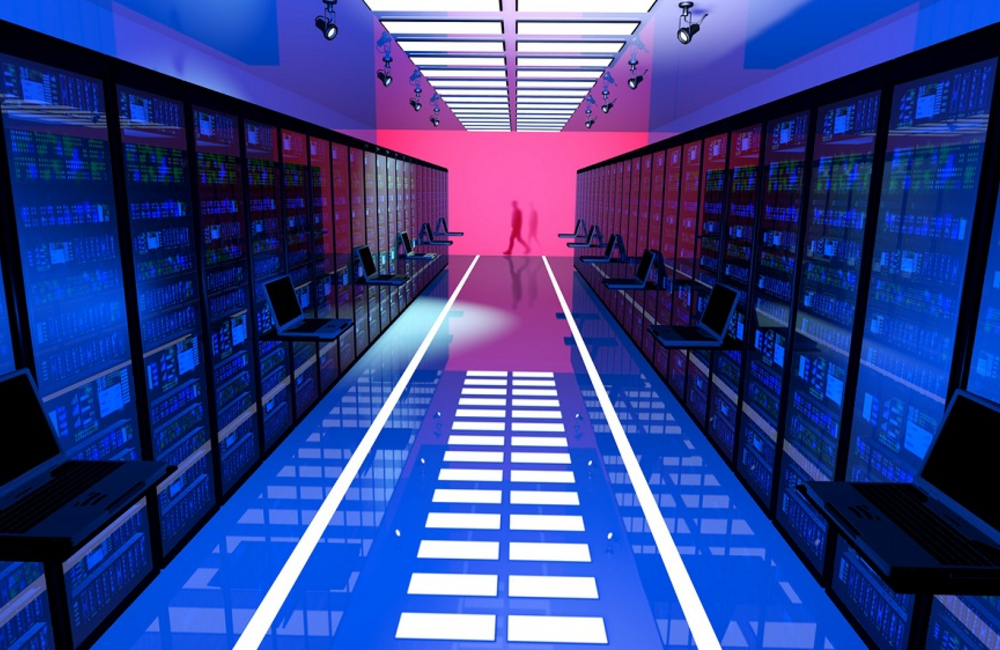 Data center operators have gotten pretty smart about managing their mushrooming workloads, but they’re adding even more brain power in search of doing more with less — in this case, less power.

As data centers get ever bigger, more complex and increasingly connected to the megaserver farms quaintly called the cloud, artificial intelligence is becoming an essential tool for adding more aptitude to handling data flows, maintaining security and keeping things from overheating.

The companies that run some of the world’s largest data centers are adding AI into the mix, and other operators are following suit, for tasks such as data management, finding and correcting inefficiencies and performing cybersecurity. And AI’s biggest contribution could be in keeping things cool. Power management is one area where AI can go to the next level with data centers’ green initiatives, which already have been effective.

The amount of energy involved in, say, tapping into the cloud, collaborating on important projects, or streaming movies from Netflix is no small matter. Power use of data centers in the United States has grown at about a 4 percent rate annually since 2010 and is expected to hit 73 billion kilowatt hours by 2020, more than 1.8 percent of the country’s total electricity use, according to the Energy Department’s U.S. Data Center Energy Usage Report.

For context, that’s enough energy to power 6.2 million average-size American homes for a year, or to run Disneyland for 170 years. Consumption isn’t the only issue — data centers also contribute about 2 percent of the world’s greenhouse gas emissions, which is about the same as the entire airline industry.

The upward trend in electricity use actually has been curtailed over the past decade or so. In the five years before 2010, data center power use had grown by 24 percent. And in the first half of the 2000s, when cloud computing started taking off, the growth rate was about 90 percent.

Companies that run many of the biggest data centers — Google, Amazon, Microsoft and their ilk — have added many efficiency measures, while data center managers across the board have pursued alternative power sources such as solar, hydro, wind and geothermal power. Many of the biggest operators say they are closing in on carbon-neutral footprints. And IT providers are game for other ideas, too: Microsoft just plopped a data center in the ocean off Scotland’s Orkney Islands, and while that move was mostly about fast deployment and proximity to customers, the company also takes advantage of natural cooling from the ocean.

AI techniques, particularly machine learning and deep learning, can do a lot to make processes more efficient, more secure and less expensive. One of the keys to better efficiency is keeping things cool, a necessity in any era of computing.

Google, no stranger to massive amounts of data or to AI, started using AI to help manage its data centers a couple years ago, with AI agents surveying the company’s data center cooling systems and making recommendations on how to improve efficiency, an approach that resulted in significant savings. Now, Google and DeepMind (Alphabet Inc.’s AI division) have given the keys to AI with a first-of-its-kind cloud-based control system under which AI is directly controlling data center cooling (though doing it under human supervision, the company notes). In the first several months of operation, Google said the system has reduced energy use for cooling by about 30 percent.

In addition to cutting energy bills, Google and other big data center operators say slashing their CO2 emissions is a primary goal. And using AI to more efficiently run data centers can also save money in other ways. In 2016, a Delta Airlines data center outage blamed on an electrical failure grounded 2,000 flights over three days and cost the airline $150 million. Machine learning’s ability to monitor system workflows and spot vulnerabilities and potential overloads could have avoided that problem.

Government organizations, which run some massive data centers of their own, are ripe for making use of AI, an idea supported for various uses by the General Services Administration, the National Institute of Standards and Technology and the Securities and Exchange Commission. Many agencies already employ AI in their data systems at one level or another.

Beyond energy consumption and CO2 emissions, AI can add a lot to management of data centers, which have many functions to track. On the physical side, there are the power and power distribution elements, sensors, switches and backup devices such as uninterrupted power supplies, as well as the rack systems of the servers, the material infrastructure of the place and physical security. All of them can send real-time information on their status.

AI can, for example, better distribute and balance workloads through predictive analytics, track disc use and server performance, and draw on both real-time data and historical patterns to avoid network bottlenecks. Machine learning systems also can help with data processes. And it’s particularly good with cybersecurity.

AI is quickly weaving its way into the full range of digital activity, from transportation, financial services and medicine, to image searches and talking personal assistants to medical care. Because AI already handles a lot of the data we receive, it might as well play its part in managing the process more efficiently.